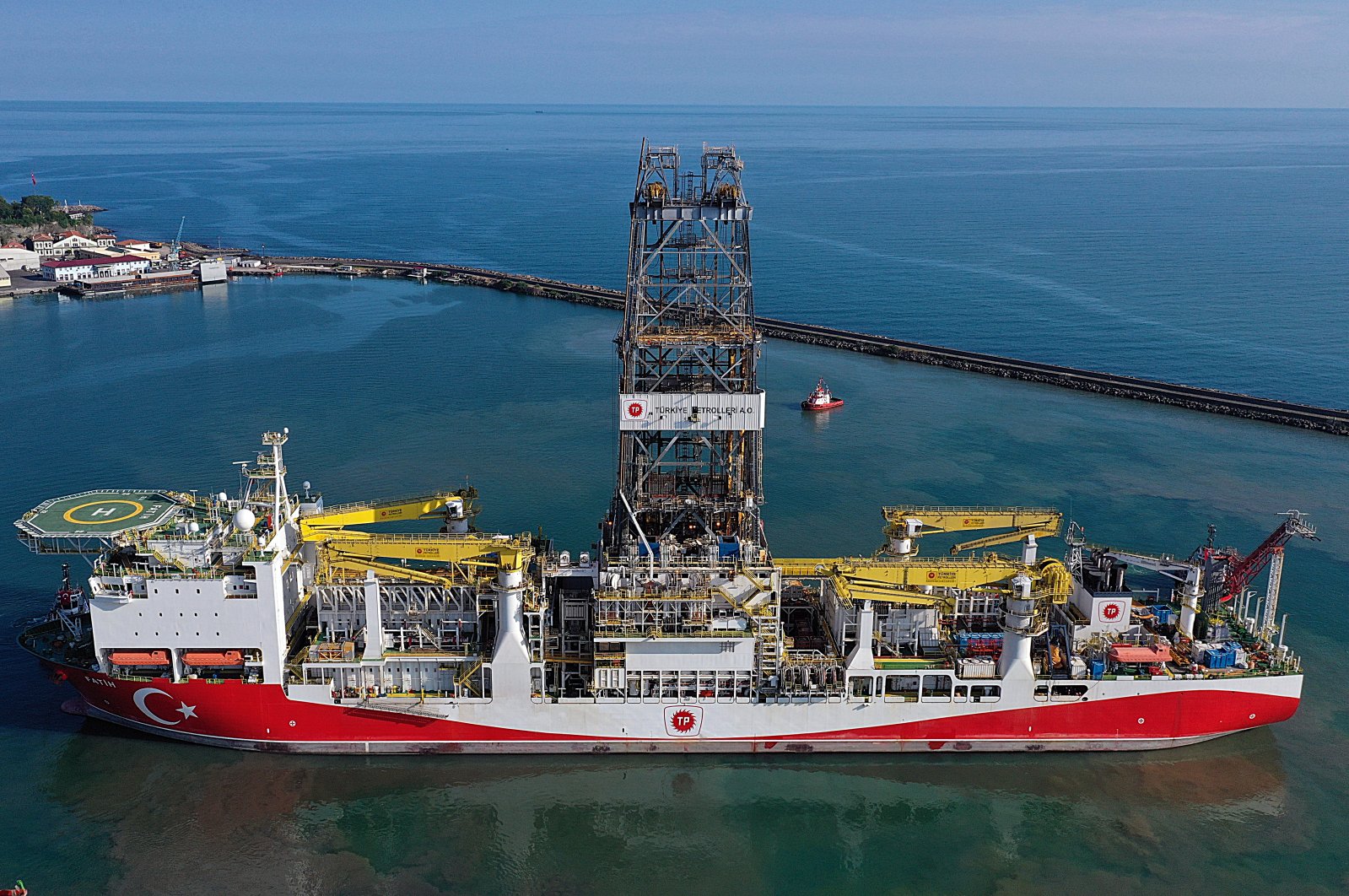 Fatih's 103-meter towers were disassembled in Istanbul's Haydarpaşa port in late May to allow the vessel’s safe passage under the bridges in the Bosporus before it arrived in the Port of Trabzon on June 6 where it was reassembled.

After nearly one-and-a-half months of preparation, Fatih will start its first drilling activities in the Black Sea in the Tuna-1 zone in mid-July, Energy and Natural Resources Minister Fatih Dönmez announced.

Named after Istanbul's Ottoman conqueror Fatih Sultan Mehmet, the vessel will be carrying out activities in the region where drilling work has been suspended for a long time.

The Tuna-1 zone is located off the mouth of the Danube block in the crossroads between Bulgarian and Romanian maritime borders with the inland waters of Turkey.

Turkey's first seismic vessel, Barbaros Hayrettin Paşa had earlier carried out seismic surveys in the Black Sea and had identified rich reserves of natural gas in the Danube block in the Turkish seawaters of the Western Black Sea. Romania and Bulgaria have been producing oil and gas for many years in the Danube block.

On the other hand, Turkish drilling procedures in the Eastern Mediterranean fall under two categories: licensed areas issued by the Turkish Republic of Northern Cyprus (TRNC) to Turkey and the licensed areas that are issued by Turkey to the Turkish Petroleum Corporation (TPAO) – Turkey's national oil company.

The country has so far completed six drilling studies in the Eastern Mediterranean, while the drilling vessel Yavuz is conducting a seventh in the Selçuklu-1 zone to the west of the island of Cyprus.

Turkey's third drillship, Kanuni, arrived in Taşucu, Mersin, a coastal city in the Mediterranean region of the country, on March 15.

Following the completion of renewal and upgrade studies, Kanuni, which joined the fleet in the beginning of 2020, is also projected to start operations in the Mediterranean Sea this year.

Ankara had last year sent drilling vessels to the Eastern Mediterranean, asserting the rights of Turkey and the TRNC to the resources in the region.

The areas fall entirely within the Turkish continental shelf registered with the U.N. and in permit licenses that the Turkish government in previous years granted to the Turkish Petroleum Corporation.

Athens and the Greek Cypriot administration have opposed the move, threatening to arrest the ships' crews and enlist European Union leaders to join their criticism.

Ankara has on every occasion vowed it wants to see energy as an incentive for political resolution on the island and peace in the wider Mediterranean basin and not as a catalyst for further tension.

In 1974, following a coup aimed at the annexation of Cyprus by Greece, Ankara was forced to intervene as a guarantor power on the island. The TRNC was founded in 1983.