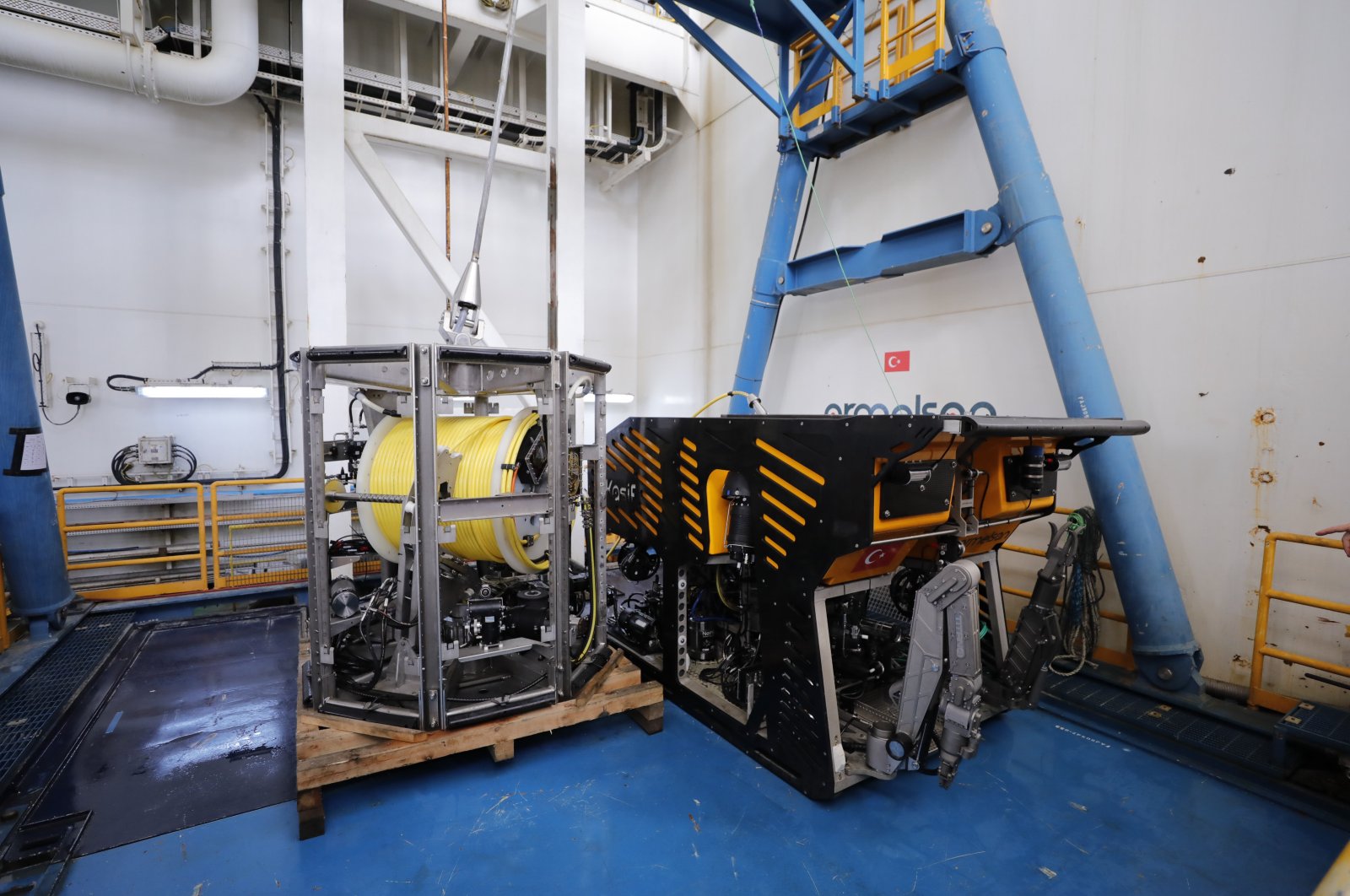 The country has been accelerating works in the energy sector – part of the national energy policy – by focusing on exploration and drilling activities in the Black Sea and the Mediterranean Sea while using domestic capabilities as much as possible.

Fatih drillship, which most recently made the country’s largest-ever natural gas discovery in the Black Sea, was among the most important steps that the country has taken in nationalizing both its equipment and energy team.

The vessel’s joining of the energy fleet, providing a successful outcome in just a short amount of time and already beginning to conduct deep drilling in the Black Sea, magnified the importance to domestic solutions in the sector.

As a locally produced vehicle, Kaşif operates like a diver plunging hundreds of meters deep under the sea. It provides safe and quick accessibility to the areas that divers cannot reach. The tethers of the vehicle allow the transfer of data between the vessel and ROV to be transmitted.

Submersible vehicles like Kaşif are an essential part of deepwater drilling and are used in conjunction with floating vessel operations to provide and deliver work and observation elements. The ROV vehicles provide data, including visual information, allowing vessel personnel to observe areas such as the seabed, wells, subsea and the surrounding areas. Sensors on the robotic vehicles also provide information such as water depth and temperature.

Kaşif has seven electric engines, several technical arms and a hydraulic power unit. With its current features, it outpaces its own class ROVs in terms of having the strongest hybrid system. The domestic ROV is able to support deep-drilling activities up to 3,000 meters (9,843 feet) deep under the sea.

President Recep Tayyip Erdoğan said previously while speaking on the Fatih drilling ship’s natural gas discovery in the Black Sea, that the vessel was an important step in the nationalization of the equipment as well as the team working in the country’s hydrocarbon field.

The president said that the country has now taken one step further and provided the remote-controlled high technology vehicle to the hydrocarbon industry with local sources.

Energy and Natural Resources Minister Fatih Dönmez has also said earlier that the Kaşif was developed with a domestic production rate of 53%, and they aim to increase this to over 70%.