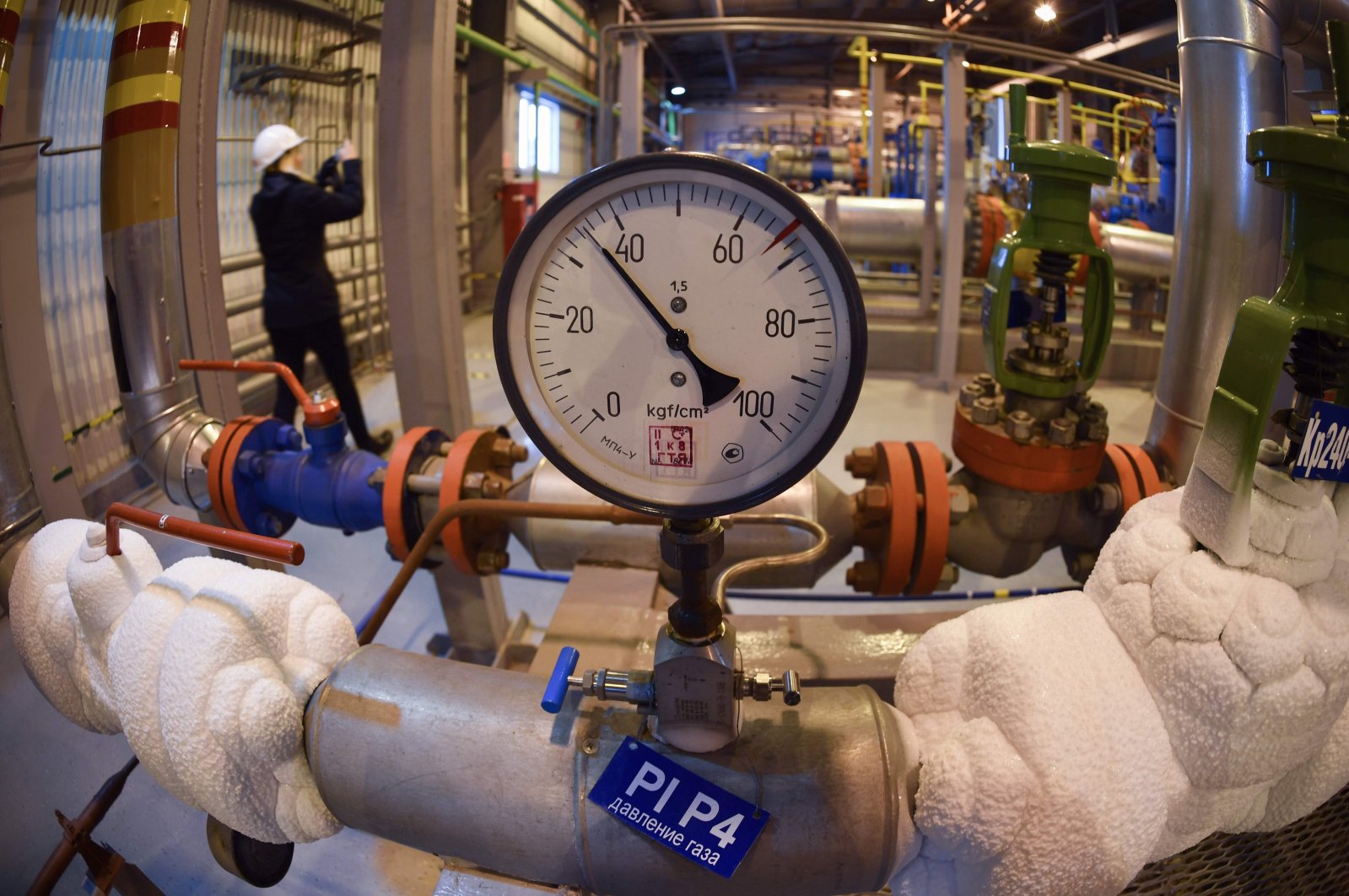 This file photo taken on May 21, 2019, shows a woman walking near a booster compressor station at the Bovanenkovo gas field on the Yamal peninsula in the Arctic Circle, the main natural gas base for the Nord Stream twin pipeline system through the Baltic Sea. (AFP Photo)
by DAILY SABAH WITH AA Sep 25, 2020 12:22 pm
RECOMMENDED

According to the “Natural Gas Market Sector Report” published by the Energy Market Regulatory Authority (EPDK), over 2.6 bcm were transported to Turkey via pipelines and 508 million cubic meters (mcm) by the liquified natural gas (LNG) facilities.

During this period, imports by pipelines dropped by 3.1% compared to the figures reported in July of last year and LNG imports fell by 11.2%.

With that said, natural gas imports dropped to just over 3.1 bcm, indicating a 4.5% decrease compared to the same month of 2019.

The lead exporter Azerbaijan transported over 1.9 bcm of natural gas to Turkey, followed by Russia with 843 mcm and Iran with 664 mcm.

Imports from Azerbaijan and Iran increased by 21.5% and 9.5% respectively as Russia sent 28.4% less gas to Turkey compared to last year.

After a long period of time, the gas consumption of Turkey’s power plants increased by 7.9%, topping 1.12 bcm.

Meanwhile, the gas consumption of households increased by 6.5% to top 236 mcm.

In the said period, the total natural gas consumption dropped by 0.2% and saw over 2.82 bcm being used.

In July, the total natural gas consumption of organized industrial zones dropped by 3.4%, indicating a use of 282 mcm.