Turkey's new lithium plant to save $20M in imports 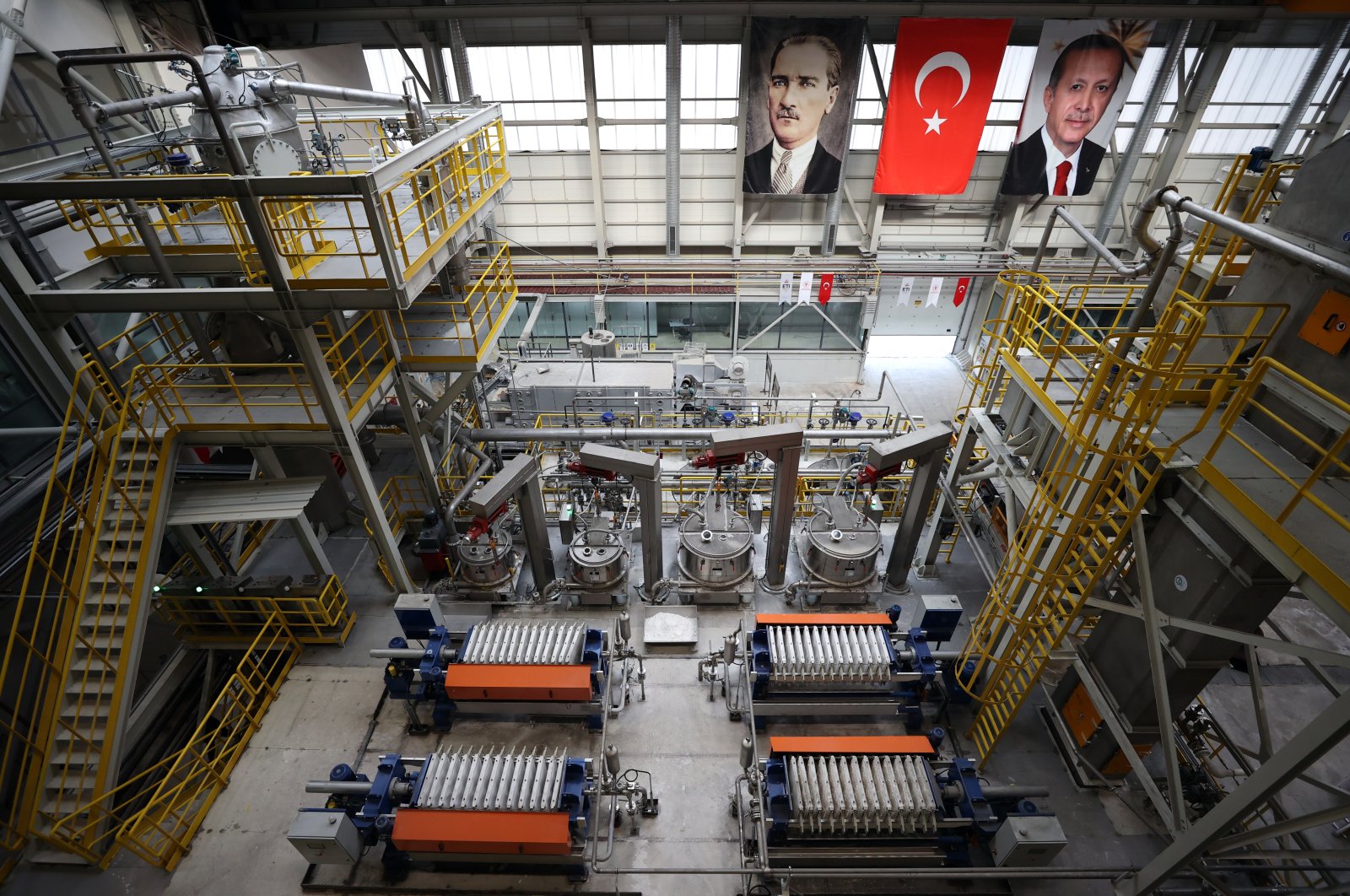 "Today, Turkey has become a country that can produce lithium carbonate and boron products with its own technology and human capital through distilling boron and lithium in the waste in its own way," Dönmez said during the inauguration ceremony.

The plant's initial lithium production from boron sources will start on a small scale of 10 tons per year. However, when fully operational, the plant will produce nearly 600 tons annually in the coming years, which will meet half of the country's lithium demand, according to Dönmez.

"We will be making an important contribution to increasing localization ratio in cutting-edge high technology with the usage of domestically produced lithium in smart technologies such as mobile devices, tabloids, computers but above all our domestic car TOGG," he stressed.

The lithium from the production plant is expected to be used in components in Turkey's first domestically manufactured electric car under the stewardship of Turkey's Automobile Joint Venture Group (TOGG).

By 2030, TOGG will produce and own the intellectual and industrial property rights to five different electric vehicle models in Turkey: an SUV, b-SUV, sedan, c-hatchback and b-MPV.

Dönmez stressed that the plant will produce lithium from liquid waste coming from the production of boron, which will be a first in the world.

"We applied for a patent for this production method. Hopefully, after the approval, Turkey will be a model country in this area," Dönmez said.

He underlined that the waste that is already being kept in the storage area will be used for lithium production, which will reduce the need for new waste storage areas.

"Annually 440,000 cubic meters of liquid waste will be processed in our plant, so we will be recycling 90% of this waste. Thanks to the reduction in waste storage costs, we will be saving an amount of $1.3 million of storage cost per annum," Dönmez said.

He noted that the plant will also be producing borax decahydrate. "Through this way, Eti Maden, a global leader in boron production, will be boosting its capacity even more," Dönmez added.