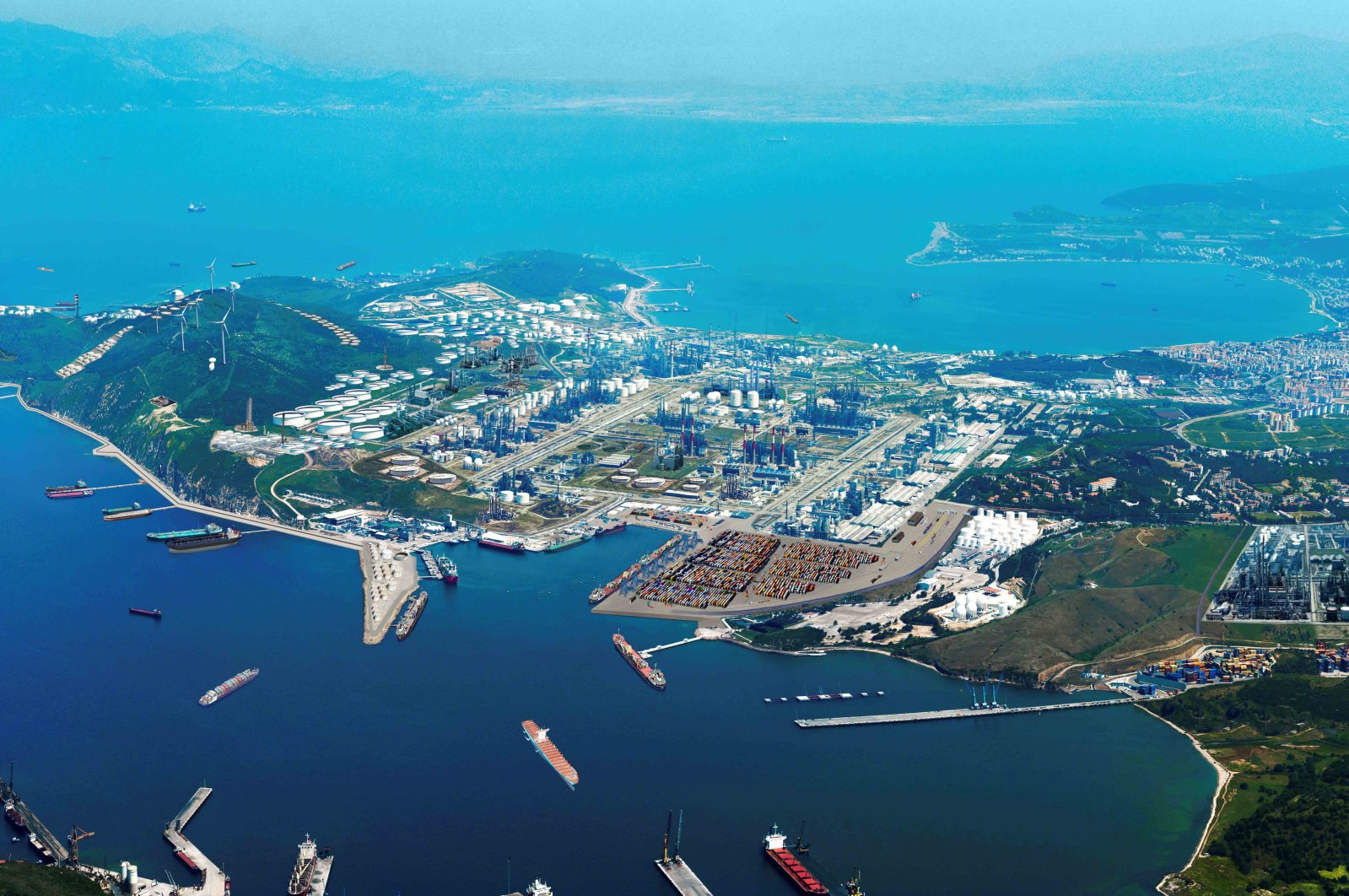 An aerial view of the Aliağa peninsula in the Aegean province of Izmir where Petkim carries out its production. (Photo courtesy of Petkim)
by DAILY SABAH Aug 17, 2020 3:07 pm
RECOMMENDED

Turkey's first and only integrated petrochemical plant, Petkim, a subsidiary of the State Oil Company of the Azerbaijan Republic (SOCAR), reported a TL 145 million (approximately $20 million) profit in the second quarter of 2020.

According to the statement made by the company on Monday, Petkim’s sales revenue reached TL 2.2 billion with domestic sales recording a 10% increase in the March-May period compared with the previous quarter.

During the period, the plant, located in the Izmir province in the Aegean region, prioritized the production of medical supplies and raw material for packaging to help the country’s fight against the pandemic.

Anar Mammadov, head of SOCAR Turkey's refining and petrochemicals department, said the STAR refinery located near Petkim continued to supply the plant with the raw material naphtha without any interruptions.

“This situation demonstrated the importance of the STAR Refinery as an investment and how the STAR-Petkim integration was based on a correct strategy,” Mammadov noted.

He added that the company was able to reach its 2020 budget targets despite the pandemic.

The STAR Refinery stands as the largest investment made by a foreign direct investor in Turkey. It became fully operational in 2019 after it was launched in October 2018 and was carried out with an investment of $6.3 billion by SOCAR Turkey.

The STAR refinery and Petkim are located in the same area in the Aliağa peninsula of Izmir.

SOCAR has plans for another petrochemical facility investment in Izmir in partnership with British Petroleum (BP) with an estimated cost of $1.8 billion.