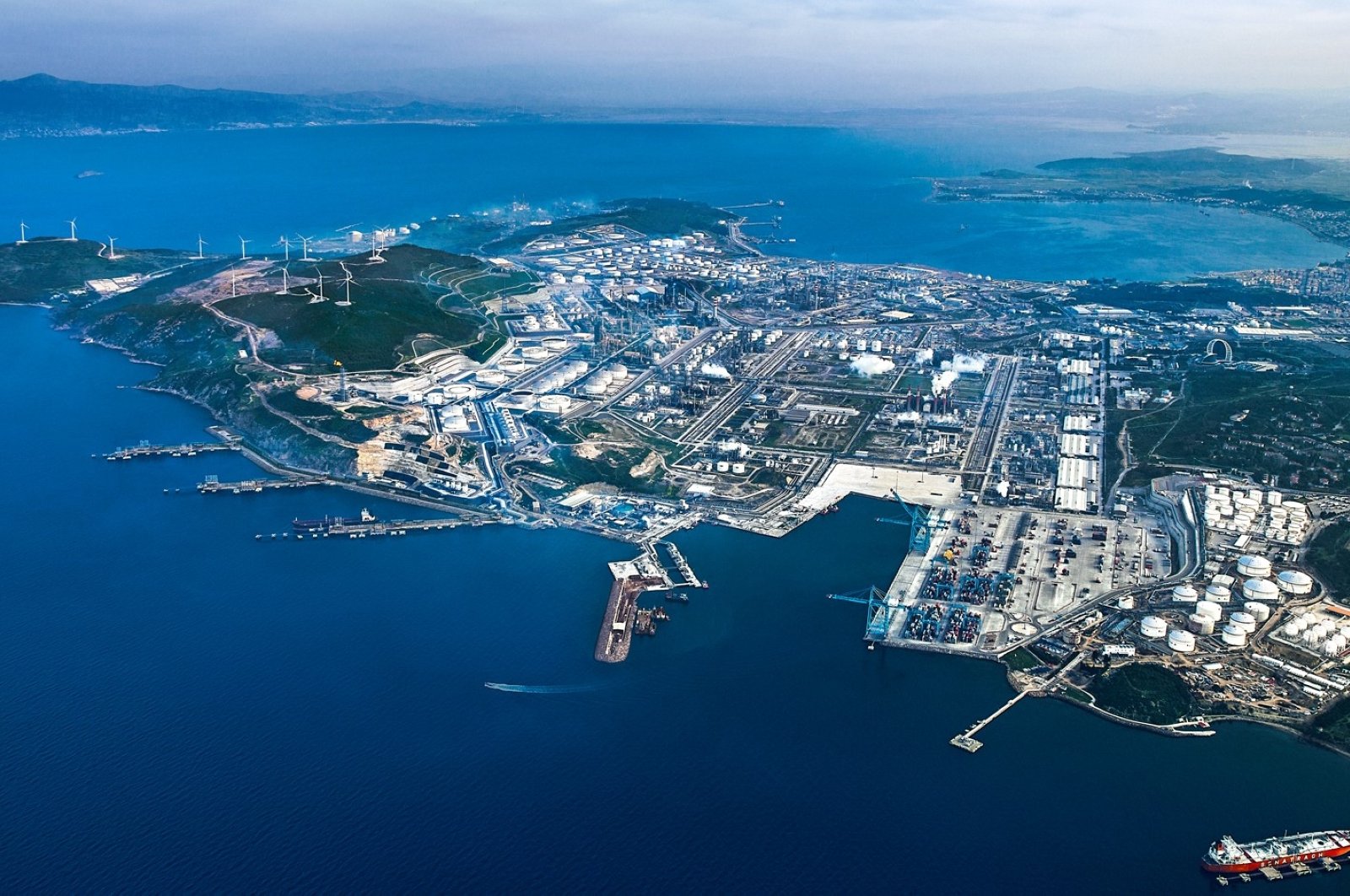 An aerial view of the Aliağa peninsula in the Aegean province of Izmir where Petkim carries out its production. (Photo courtesy of Petkim)
by DAILY SABAH WITH AA
Nov 05, 2020 3:07 pm

Turkey’s leading petrochemical company, Petkim, increased its profit by 36% to TL 311 million ($36 million) in the third quarter of 2020 compared to the same period last year, a statement from the company said Thursday.

A subsidiary of the State Oil Company of the Azerbaijan Republic (SOCAR), Petkim said its profit also increased by 114% compared to the second quarter of this year while its cash flow from operations in the third quarter reached TL 1.7 billion.

These positive financial results stemmed from the optimization of operational costs, the continuation of production process development, effective maintenance programs, as well as maximizing the days that the facilities are in operation, the company explained.

"The petrochemicals sector has not lost its intensiveness during the COVID-19 period and demand for petrochemical raw materials has been relatively less affected compared to other sectors," Anar Mammadov, head of SOCAR Turkey refining and petrochemicals department was quoted as saying in the statement.

He said that Petkim was able to reach its pre-COVID-19 sales targets despite a 25% drop in product prices.

He added that during the period when global trade was negatively impacted by the pandemic, Petkim continued to supply uninterruptedly its main raw material, naphtha, from the STAR Refinery.

The STAR Refinery stands as the largest investment made by a foreign direct investor in Turkey. It became fully operational in 2019 after it was launched in October 2018 and was carried out with an investment of $6.3 billion by SOCAR Turkey.

Petkim hit an all-time high in petrochemical production in 2019. Production increased by 24% compared to 2018 to hit 3.4 million tons.

SOCAR stands as one of the largest foreign direct investors in Turkey, as its investment is projected to reach up to $19.5 billion once all of its projects have been completed.

The STAR Refinery and Petkim are located in the same area in the Aliağa peninsula of Izmir.

SOCAR has plans for another petrochemical facility investment in Izmir in partnership with British Petroleum (BP) with an estimated cost of $1.8 billion.