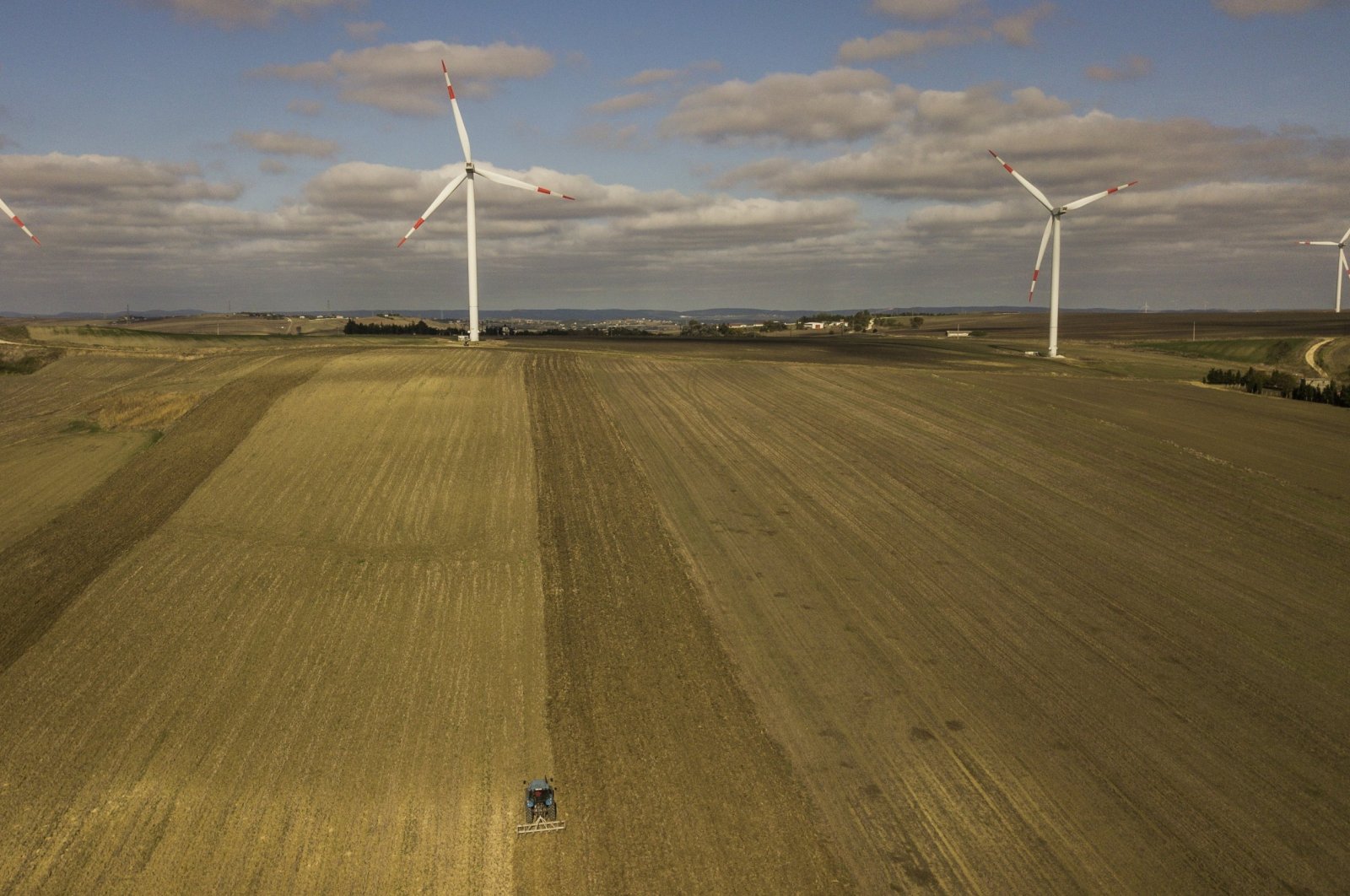 The 238 renewable energy projects in Turkey have the potential to generate some 9.2 gigawatts of capacity and 110,000 new jobs, a new report from Ernst & Young prepared with the support of the European Climate Foundation highlighted Wednesday.

The report entitled "A Clean COVID-19 Recovery: Global Opportunity for G20 Leadership" covers 47 countries in terms of their renewable project pipelines but with an emphasis on the U.K., Turkey and South Africa.

The analysis on Turkey reveals that the 238 shovel-ready renewable projects account for an investment volume of $19.4 billion (TL 168.42 billion), the majority of which is expected in wind and solar energy.

"A green recovery focused on renewable energy could deliver large-scale job creation in the near term whilst supporting sustainable employment in the long term in Turkey," it said.

It added that this green recovery could create many positions in renewable energy that currently exist in the coal industry if Turkey continues to strengthen the local supply chain and its renewable energy manufacturing capabilities.

The report finds that a green recovery could lay the foundation for decarbonizing the broader Turkish economy.

"The existing pipeline of investable projects can enable a green recovery to begin immediately. If fulfilled, it could contribute to the surplus that already exists against Turkey's intended nationally determined contribution targets," the report said.

The pipeline of projects is also expected to enable Turkey to take advantage of the potential opportunities presented by the European Green Deal, as well as mitigating the potential challenges related to policy instruments such as carbon border adjustments.

The project pipeline is estimated to potentially contribute a reduction in CO2 emissions of 35 million tons per year, reducing total emissions by 7%.

The shovel-ready projects in Turkey are planned for various regions of the country, with the Marmara and the Mediterranean seeing the highest project numbers.

Globally, the report found that 10 million jobs could be created from 1,300 renewable projects in the pipeline with an investment volume of $2 trillion.

This is set to generate 1 terawatt of renewable capacity.

In the U.K., another country the report took a hard look at, green energy offers 440,000 jobs from 540 projects. The total number of projects rises to 668 by creating 625 jobs when storage, transmission and distribution projects are added. This could mitigate 90% of job losses from the pandemic, according to the report's findings.