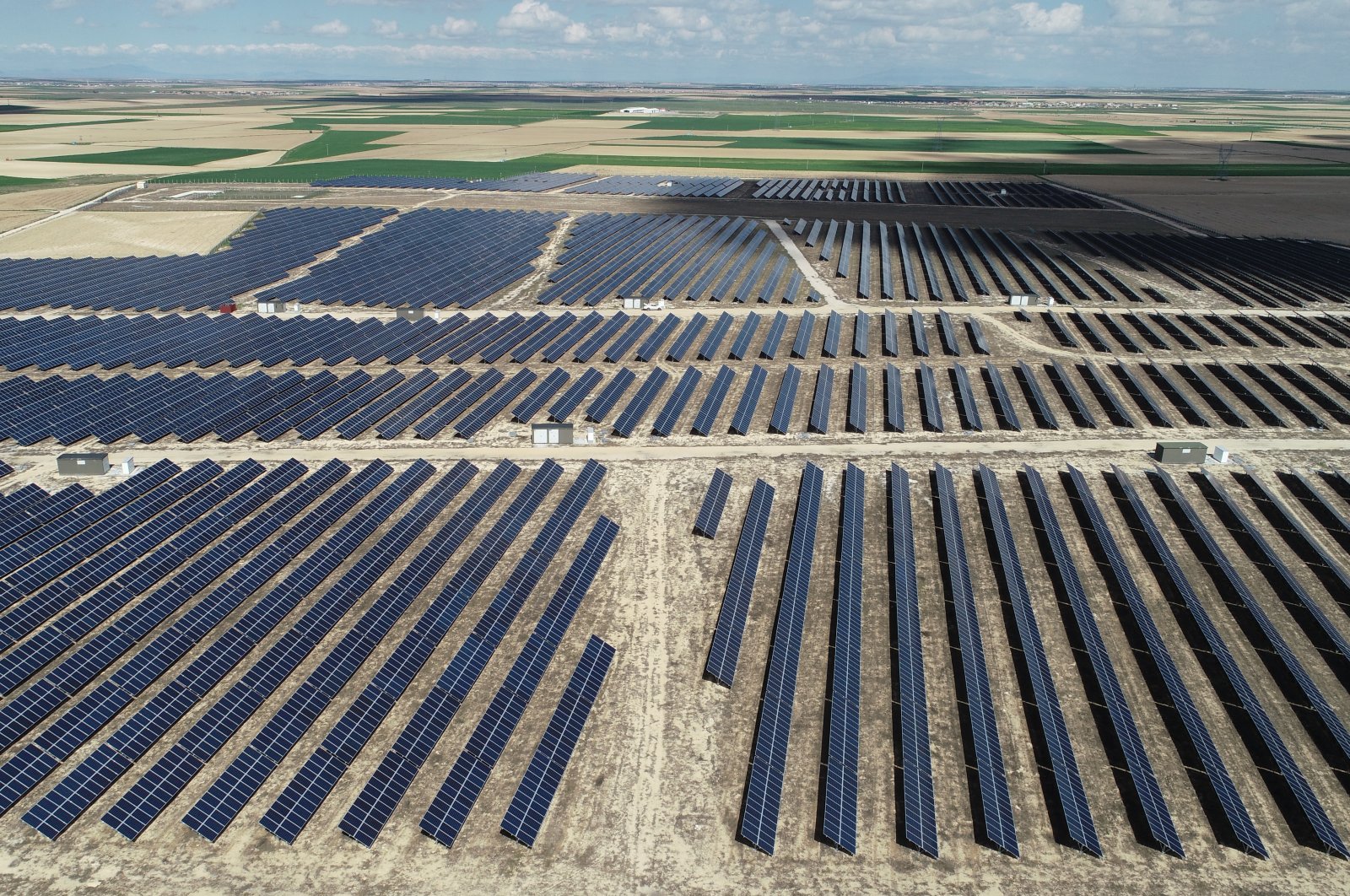 The share of solar power in Turkey’s total installed electricity capacity rose to 7.5% by the end of July but it is still lower than the country’s untapped potential, according to data compiled by Anadolu Agency (AA) Monday.

Turkey added 658 megawatts of solar capacity in the seven months of this year, bringing the country's total solar power capacity to 7,325 megawatts, which represents 14% of the total capacity of renewables.

By the end of July, Turkey's total electricity installed power capacity reached 98,263 megawatts, out of which, renewables constituted around 52,000 megawatts.

Although Turkey is among the countries with the highest solar power potential with around 7.5 hours of sunshine daily, its potential is still relatively untapped.

Turkey is trying to increase its output from renewables as the country is highly dependent on imported fossil fuels.

Compared to other renewable resources such as hydropower and wind, solar is one of the newest energy sources in the country in terms of installations, which began as unlicensed plants in 2013.

The first thermal solar capacity plant was built in Istanbul with a capacity of 500 kilowatts in 2013.

Capacity additions this year were expected to reach over 100%, sector representatives said earlier. The additions were forecast at 1,500 megawatts, compared to last year when just 672 megawatts were added due to disruptions in the global supply chain from the COVID-19 pandemic.

Konya, a central Anatolian province, has the highest solar power capacity in Turkey with 914.9 megawatts. Konya is also home to Turkey’s biggest solar power plant, Karapınar, which when completed will generate 1,000 megawatts of capacity. The current operational capacity of the plant built by Kalyon Enerji is around 300 megawatts.