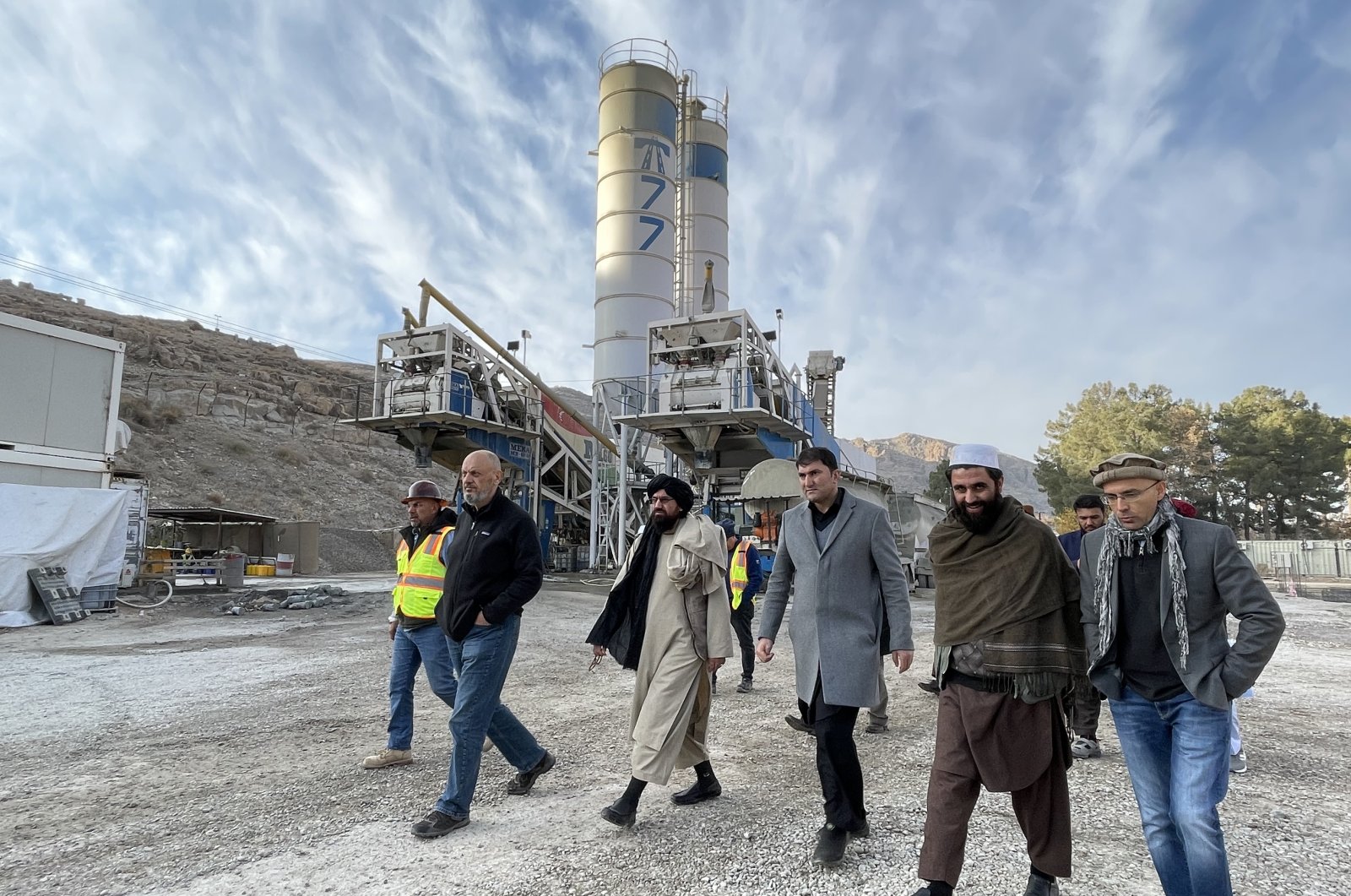 Turkish construction companies operating in Afghanistan are earning praise for their state-of-the-art projects in Afghanistan, which currently needs such developmental projects as well as investment.

"We highly value the work of this Turkish company," said Mujiburrahman Omar, Taliban administration's interim deputy minister for energy and water, during an on-site visit to an electricity project in the country's southern province of Helmand.

Omar said Afghanistan is open to all investors.

"Starting with Turks, we appeal to investors all over the world to come and invest in our homeland," the minister said.

He said the Taliban administration was committed to infrastructure development in the war-torn country.

The Taliban regained control of the country after the United States-backed administration exited Afghanistan early this year in August.

He said the Kajaki Dam was commissioned and built by the U.S. in 1953 and a 33-megawatt (MW) hydro-power station was added to the complex in 1975.

"Turkish companies upgraded the power station to 51 MW in 2016, and started building a second power station which will generate 100 MW of electricity," said Ciliv, who accompanied the Afghan minister on his visit to the site.

Ciliv said the first 33-MW unit of the new plant will become operational in the next three months and will be followed by the second and third units.

"Once fully operational, the new power station will provide electricity to more than three million people living in the provinces of Helmand and Kandahar," the Turkish business leader said.

"We are proud and happy, as this is going to be a major achievement and contribution to Afghanistan," Ciliv added.

Regarding the visit of the nation's deputy minister of energy and water to the project site, Ciliv said: "The minister left with a sense of great satisfaction; he thanked us and promised to extend every assistance."

"We are happy. We represent Turkish investors. That's why we are doing our best to carry out our work at the highest standards. I am confident that Turkish investors will follow us and many more contractors will come to Afghanistan. We are opening a new door and inviting them," Ciliv said.

Burak Ünsal, the country representative of a Turkish investor company in Afghanistan, said the construction of the current project "aims to promote prosperity and higher standards of living for Afghan people."

"In addition to the 50 MW power station, we are nearing the completion of the second 100 MW phase. Building construction is almost complete and we are now installing the electrical and electromechanical system components. Our target is to complete the project and start generating power by March 2022," Ünsal said.

The work on the project has been going on for the past two years, he added.

Batuhan Biçer, site manager of the electricity project, said the change in administration this August "did not impact their work."

"We started working on the 220 Kilowatt (KW) Switchyard on Aug. 5. We have been installing electromechanical components. Amid the change of government, we did not stop the work. We are about to complete mechanical installations and are expediting the cable work," he said, adding the company's Turkish and Afghan staff "get along well and work is progressing smoothly without problems."