Turkish companies use former mine sites for agriculture 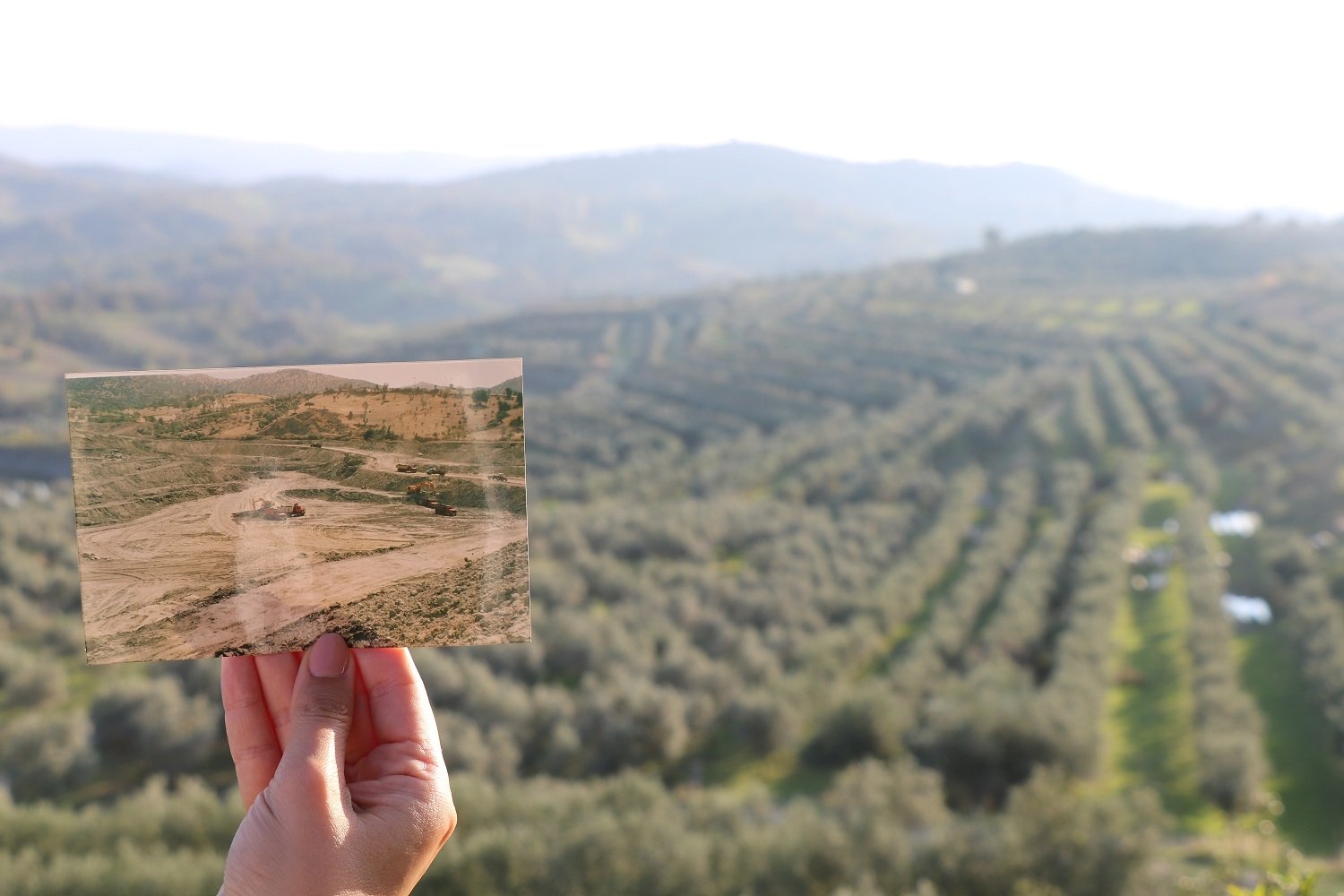 Olive trees were planted by Turkish companies Aydın Ligyit Madencilik and Zetay Tarım in the abandoned mine sites in Aydın province, Turkey. (Photo provided to the press)
by Asene Asanova Nov 10, 2021 9:10 am
RECOMMENDED

Mining sites in Turkey’s southern Aydın province whose coal reserves have expired are being rehabilitated and turned into agricultural land for olive oil production within the framework of a sustainable mining project.

Olive trees were planted by Turkish companies Aydın Linyit Madencilik and Zetay Tarım in the abandoned mine sites in Aydın province’s Efeler district. Aydın Linyit Madencilik first planted olive trees in 2004 on an area of 330 hectares (815 acres) and had its first harvest in 2007. An olive oil factory was established in the region in 2014 for the processing of olives. Around 36 tons of olive oil were produced last year as the company aims to produce 50 tons of oil in 2021. Olives collected from the trees in the field are processed in the factory and the oil is being exported to many countries, including Japan, the United States, Canada, Germany, France and Norway. The area also has 3,000 fig trees.

Olives are now being harvested in the fields where coal, which was once called black diamond, was extracted, while the olive oil produced in factories is getting international awards for its high quality.

To convert the mining area to land suitable for agriculture Aydın Linyit Madencilik made an investment of approximately $8 million.

Making statements regarding the agricultural activities in the region, Chairperson of the executive board of Aydın Linyit Madencilik H. Sadun Oğan said, “As of now, there are 40,000 olive trees and 3,000 fig trees on the land we have brought to agriculture from the mining area. The minerals in olives are very important to us and we manage to keep them with the cold-pressed method. The olive oils we produce do not contain any additives. Our coal extraction activities at the mine site will be completely finished in 2 to 3 years. We will bring 60 more hectares of land to agriculture and economy."

Zetay Tarım started the first planting in 2007 after the mine site, which was in operation between 1985 and 1994, remained idle for 10 years. The factory was established in the area in 2013 for the processing of olives from the land. Olive oil brought to the market by Zetay Tarım won eight gold medals in international competitions in the first year. It is known as one of the most successful examples of the rehabilitation of mining sites.

“We start producing olive oil within a few hours without waiting after the harvest. We use the cold-press technique to keep all the healthy minerals that olives have,” he said.