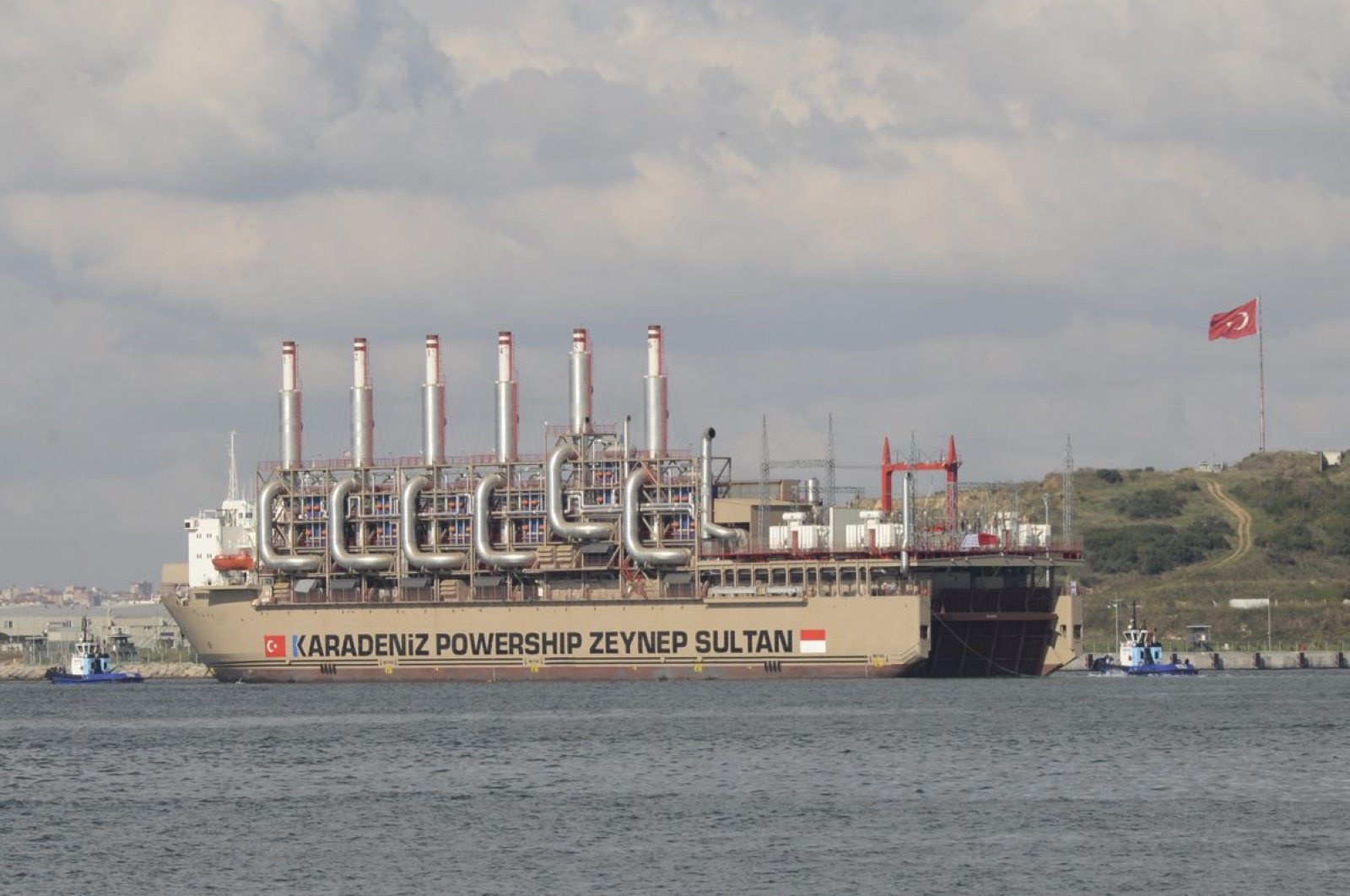 The floating power plants of Karpowership could be the quickest solution to Libya’s crippling energy problems, with the country suffering up to 10 hours of electricity cuts daily, while Turkish businesses are in talks to strengthen infrastructure with new investments

Turkish companies are in talks with Libya's United Nations-backed legitimate government, the Government of National Accord (GNA), to meet the urgent need for electricity in the country, which sees up to 10 hours of power cuts per day. The first steps are expected to be the sending of a powership while strengthening the country’s infrastructure and the plants it has already built.

The power cuts in the country and solutions to meet the rising demand were among the topics discussed during the delegation's meetings. Turkey’s Ministry of Commerce also asked Turkish conglomerate Çalık Holding's Çalık Enerji, Karadeniz Holding's Karpowership and Aksa Enerji, to submit project proposals regarding Libya's electricity problem.

The urgent need of the country is to solve the power cuts that leave the country without electricity for eight to 10 hours a day. The issue is now set to be solved with a powership to be sent by Turkish conglomerate Karadeniz Holding, which owns the world’s only powership fleet. Aksa Enerji and Çalık Enerji will then work both to establish power plants and provide infrastructure and distribution services.

Currently, only 5,000 megawatts (MW) of power can be used in war-torn Libya, which has an installed capacity of 8,000 MW. In addition to the repair of the damaged power plants and efforts to make them operational again, the Libyan Ministry of Electricity plans to add an additional 2,000 MW of power to the existing installed power with the power plants to be built in the coming period.

Zeynep Harezi, energy trade group chairman of Karadeniz Holding, said they are ready to supply electricity to different regions of Libya in 30 to 60 days with the 1,000 MW powership.

Harezi, explaining that the powership can supply electricity to the country's network for more than eight hours as a solution to the current power cuts, said that they can send the powership to start producing electricity from this summer, “predicting that it will take longer for Libya to establish land power plants."

Floating power plants, which can meet the energy needs of countries in a short time with turnkey installation, can easily be connected to electricity networks.

Karadeniz Holding, which is the owner, operator and builder of the first powership fleet in the world, has 19 floating power plants in 11 different countries, including Indonesia, Lebanon, Mozambique, Ghana, Gambia, Senegal and Cuba. The capacity of the 25 powerships that the company has constructed is 4,100 MW.

Çalık Enerji is also in contact with the Libyan Ministry of Electricity. The company, which has commissioned the 550 MW power plant in al-Khums city and handed it over to the Libya administration, plans to commission 1,000 MW of installed power with various projects. The company is negotiating with the Tripoli administration to renew power plants, install new ones and renew transmission lines.

Al-Khums Power Station, which produces 6% of Libya's current installed power, was handed over to the Ministry of Electricity in 2018.

Along with Çalık Enerji, ENKA, which is among Turkey's largest construction and energy companies, previously built large-scale power plants in Libya that are now in the production stage and waiting to provide much-needed electricity to the region. To date, most of the work at the Ubari gas-fired power plant, built by ENKA, has been completed, and its test connection to the Libyan power grid was completed in October 2017. However, the plant area was evacuated several times in the past few years due to increasing security problems in the region.According to World Bank data, 97% of Libyans had access to electricity in 2002, while this rate declined steadily and fell to 67% in 2018.

The Turkish Foreign Economic Relations Board (DEIK) Turkey-Libya Business Council Chairman Murtaza Karanfil said that the Turkish business world will play a very active role in the new order to be established in Libya.

He said that the country is also important in terms of providing Turkey access to the African market. Saying that Turkey sells many products that Libya needs, he added that once stability is once again established in the region, the volume of business transactions will further increase.

The Wednesday visit was the highest-level Turkish delegation to visit Libya since eastern-based putschist Gen. Khalifa Haftar launched an offensive on Tripoli in April 2019. Haftar's offensive came to an end in recent weeks, as the GNA, with strong Turkish support, drove his forces out of the northwestern parts of the country.

In a statement on the visit by the Turkish delegation, the Libyan government said the two sides discussed ways to enhance bilateral ties and their cooperation regarding the latest developments in the country, the resolution of the conflict and international efforts in this context.

The Turkish and Libyan officials also addressed the projects and investments of the Turkish public and private sector regarding the infrastructure and oil issues in Libya, the statement said.

Furthermore, maritime delimitation was also evaluated during the meeting.

"Turkish firms' business activities were cut short in Libya due to the war. There are projects, investments that need to be completed. We, therefore, also discussed the economic aspects of our relations," he added.

Last November, Turkey and Libya signed two landmark pacts on military cooperation and maritime boundaries in the Mediterranean. As part of the deal, Turkey has sent advisers to help the Libyan Army defeat Haftar's militias.