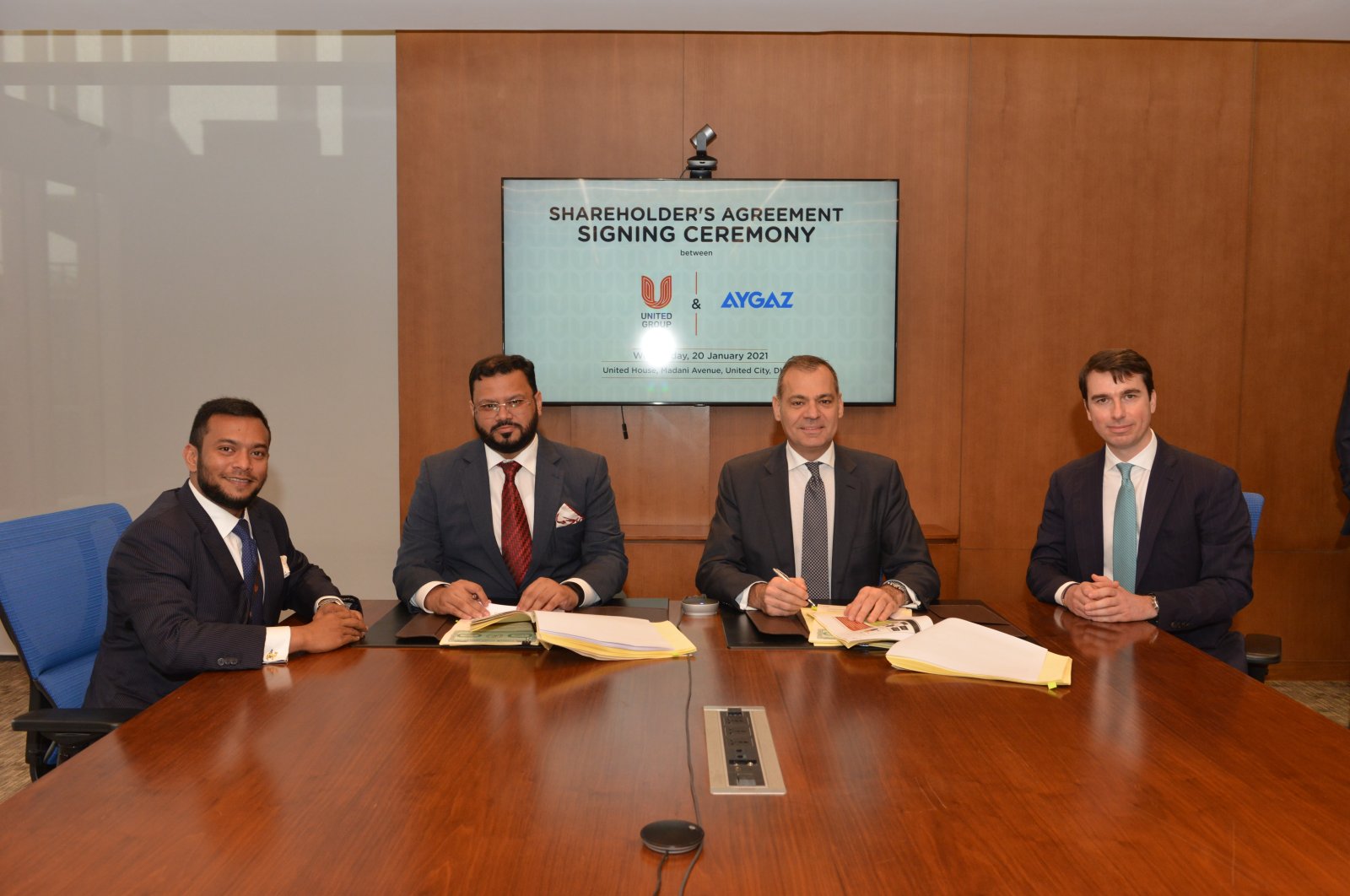 The partnership agreement includes the sale of 50% of United Enterprises' share for 50 million Bangladeshi takas (nearly $605,000) and the establishment of a joint venture company to make joint investments.

"We continue with our breakthroughs under our expansion strategy internationally. After opening our London office, we now entered into a partnership agreement today with the country's biggest company, United Enterprises in order to do business in LPG supply, storage and distribution," Tezel was quoted as saying in the statement.

Tezel hailed the agreement through which the company entered the Asian market, expressing his expectation that in the coming years Bangladesh will sustain its economic and LPG sector growth rate.

Moinuddin Hasan Rashid also welcomed the partnership, saying it will be a beginning for new investments for Bangladesh and Turkey.