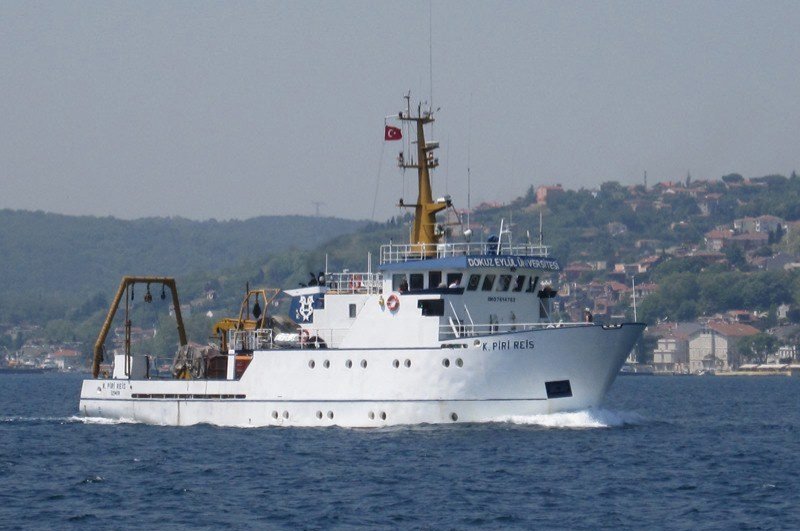 A Turkish seismic ship will conduct research on gas hydrate resources in the Black Sea, a local university announced on Wednesday.

The statement from Dokuz Eylül University (DEÜ) in the western Izmir province said a protocol was signed between the Institute of Marine Sciences and Technology and Dokuz Eylül Technology Development Zone for the project on investigating the gas hydrate resources in the Black Sea with the university's research vessel, Koca Piri Reis.

The project is intended to determine the number of gas hydrates that exist in wide areas in the Black Sea, the gas volume they contain and the geochemical composition of the gas, and to find the most suitable gas production model.

Derman Dondurur, a professor at the DEÜ Institute of Marine Sciences and Technology faculty, said in a statement that it is possible to obtain 164 cubic meters (5,791 cubic feet) of natural gas from 1 cubic meter of gas hydrate under ideal conditions.

Dondurur underlined that the main research method in the project will be seismic studies, adding that all the activities will be carried out by the Koca Piri Reis research vessel.

He also said that the research will include the collection of sediment samples from the sea bottom and its geochemical and geotechnical analysis.

"I wish this important project, which will support our country's moves in the field of energy and its efforts to reduce foreign dependency in energy, will be beneficial," she said.