TurkStream transfers over 1.32 bcm of Russian gas to Europe via Turkey in Q1 2020 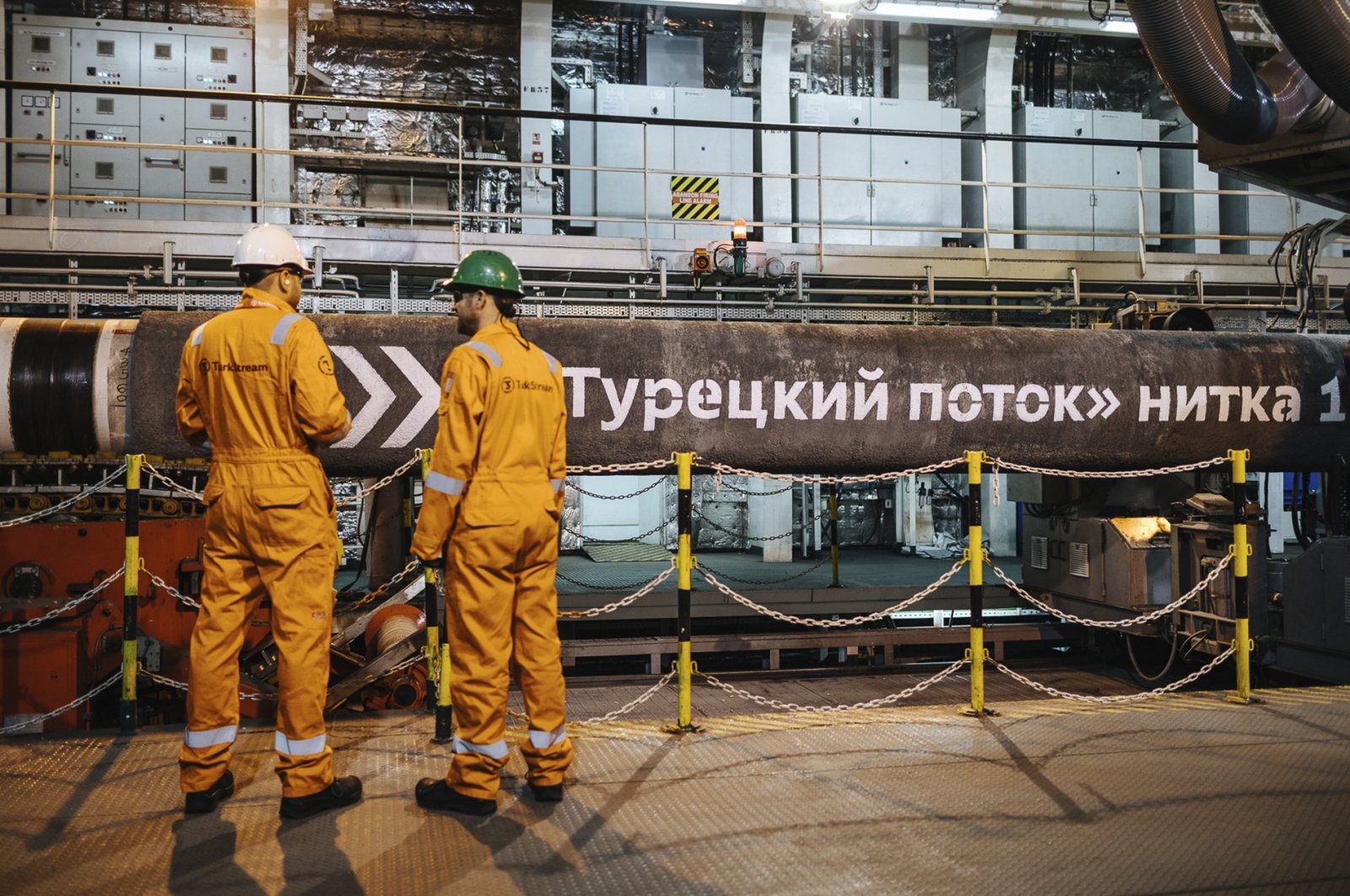 This file photo shows workers in front of pipes to be laid on the Black Sea seabed by the vessel Pioneering Spirit as part of the TurkStream gas pipeline project, Feb. 5, 2018. (AA Photo)
by Anadolu Agency Apr 03, 2020 1:22 pm
Edited By Ayşe Betül Bal
RECOMMENDED

Over 1.32 billion cubic meters (bcm) of Russian gas was transferred to Europe from Turkey via the TurkStream natural gas pipeline during the first quarter of 2020, according to industry sources Friday.

The TurkStream pipeline, launched by President Recep Tayyip Erdoğan and his Russian counterpart Vladimir Putin on Jan. 8, transmitted 428 million cubic meters (mcm) of gas in March to Europe from Turkey via Bulgaria.

Commercial supplies via the gas pipeline commenced on Jan. 1, 2020.

TurkStream consists of two 930-kilometer offshore lines stretching from Russia to Turkey across the Black Sea, and two separate onshore lines that are 142 and 70 kilometers long.

The project has a total capacity of 31.5 bcm. The first line with a capacity of 15.75 bcm is designated for supplies to Turkey's domestic customers, and the second line, with another 15.75 bcm capacity, carries Russian gas further to Europe through Bulgaria.

The project's gas receiving terminal in Kıyıköy, Turkey's main onshore section, was constructed by the South Stream company, which is owned by Gazprom.

The two onshore lines of the project carry gas inward from the receiving terminal.