Yusufeli Dam to add over $221M to Turkey’s economy annually 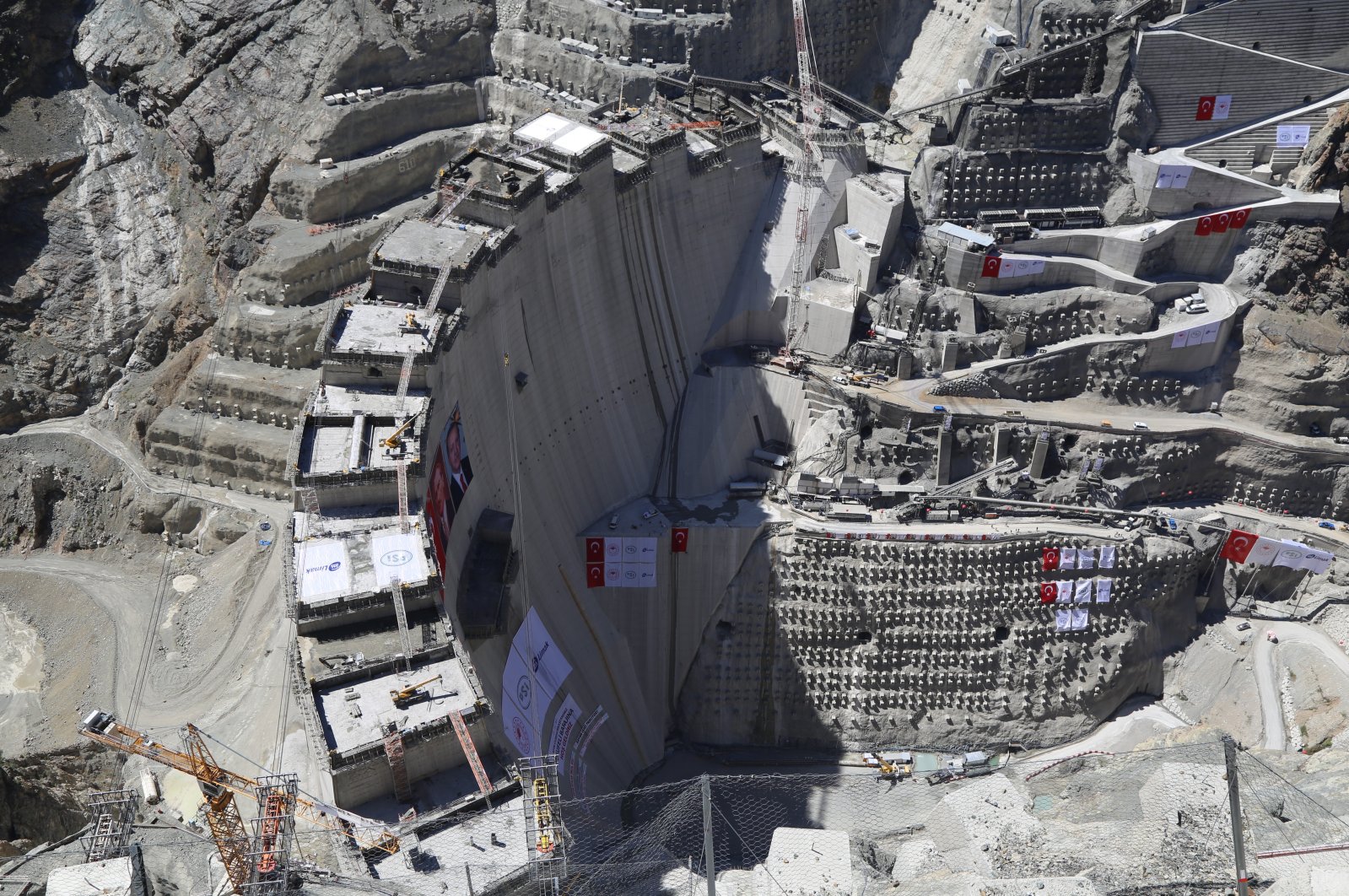 A new dam and hydroelectric power plant built in Turkey's northeastern Artvin province will add TL 1.5 billion (over $221 million) to the economy every year, the country's president said on Saturday.

Addressing the opening ceremony of the Yusufeli Dam, built on the Çoruh River, via video link, Recep Tayyip Erdoğan said the dam was completely the product of Turkish engineers.

He said the new dam has a height of 275 meters (902 feet), equivalent to a 100-story building, and would generate up to 540 megawatts when it starts working at full capacity next year.

The president said the ruling Justice and Development (AK) Party has focused on water resources during its 18-year rule and has doubled the number of irrigation and flood protection facilities in this period.

"Despite all the efforts of previous governments, Turkey only managed to build 276 dams until 2003. But in 18 years, we have put 585 new dams into service," said Erdoğan.

Also speaking at the event, Agriculture and Forestry Minister Bekir Pakdemirli said Yusufeli Dam would be Turkey’s highest and third-highest dam in the world, with a body size almost like that of Eiffel Tower.

The dam is scheduled to be completed in the fourth month of 2021 and will generate around 1.9 billion kilowatt-hours of electricity per year, Pakdemirli said. With its commissioning, Turkey’s hydroelectric power production capacity will increase by 2%, he added.

Erdoğan also spoke about Turkey's fight against COVID-19, saying the country had successfully managed supply of health and hygiene products, along with food, during the pandemic.

"Turkey has goals beyond compensating for the losses we have experienced in recent months due to pandemic measures. We have many reasons to look to our future with hope," said Erdoğan.

He added that Turkey was implementing its normalization plan step by step, without compromising on the people's health or the country's priorities.

As part of the normalization process, which commenced on June 1, Turkey has allowed restaurants, cafes and similar businesses to reopen.

Domestic flights have also resumed in the country, where at least 135,322 patients from a total of 169,218 have recovered as of Saturday. Turkey has conducted more than 2.3 million COVID-19 tests, while the death toll in the country stands at 4,669.