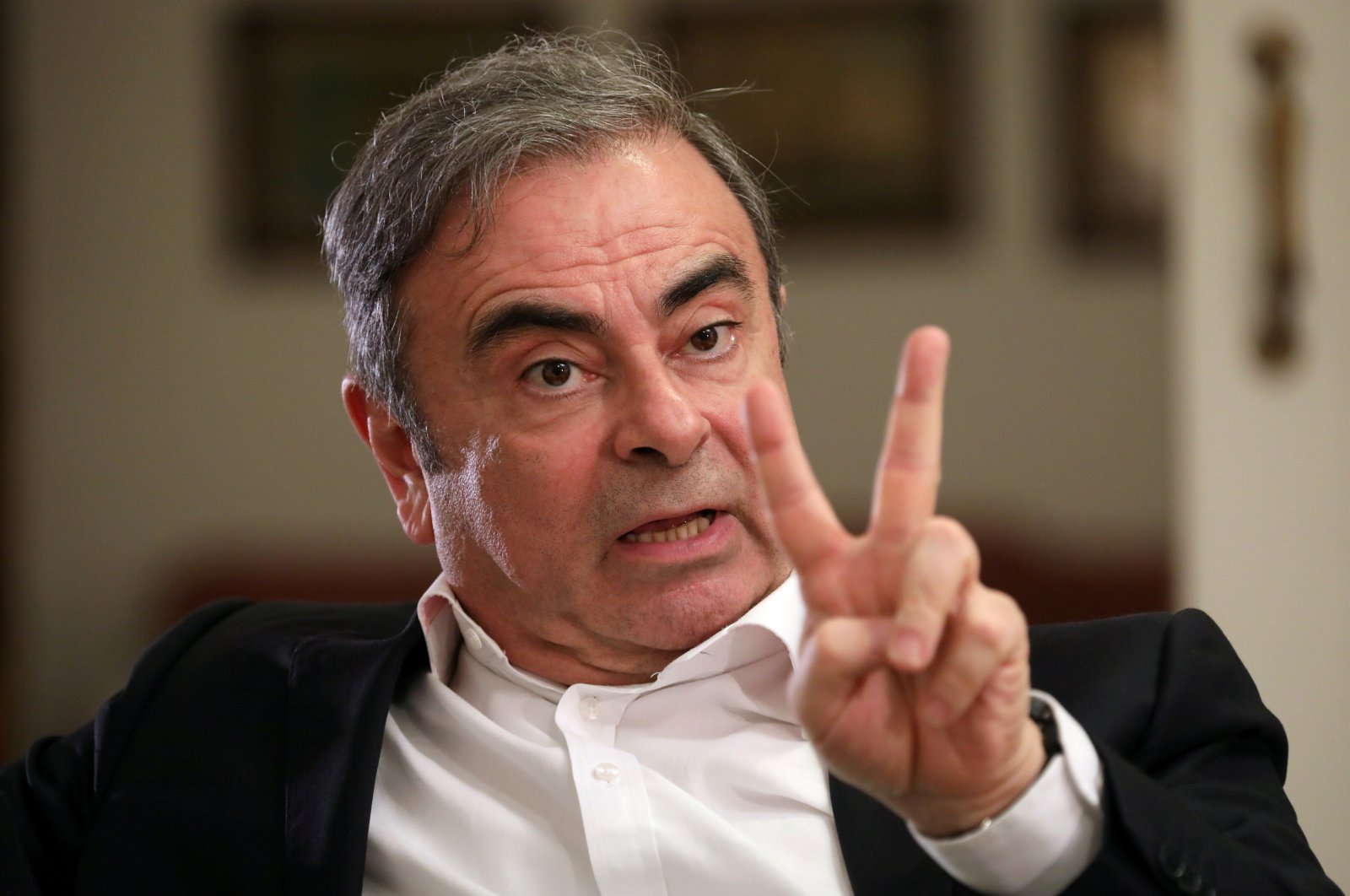 Former Nissan Motor Co. Chairman Carlos Ghosn says he is assisting those who helped him flee from Japan to Lebanon last year but refuses to provide details about the escape, saying such information would endanger them.

In an interview aired late Saturday by the pan-Arab Al-Arabiya TV, Ghosn refused to comment on allegations from prosecutors in the United States, who said last week that he wired more than $860,000 to a company linked to one of the men accused of helping smuggle him out of Japan in a box in December.

Michael Taylor, a 59-year-old former Green Beret and private security specialist, and Peter Taylor, 27, are wanted by Japan on charges they helped Ghosn escape the country in December after he was released on bail.

Ghosn was arrested in November 2018 and was expected to face trial in April 2020. He posted 1.5 billion yen ($14 million) bail on two separate instances after he was arrested a second time on additional charges and released again.

When pressed to speak about the Taylors, who are under arrest in the U.S., as well as others who helped him flee, Ghosn refused to speak about any specific person. He said that after he arrived in Lebanon he vowed not to speak about how he left Japan “because any statement I am going to make will endanger the people who helped me leave Japan.”

Asked if he is aiding those who helped him get out of Japan, Ghosn said, “of course.” When asked about the Taylors, Ghosn said: “You are talking about specific people, and I will not comment. However, I am helping everyone who stood by me as much as I can, financially and in any way I can.”

“I made the entire plan of how to get out, but I needed information and assistance. I am not ready to involve these people at this moment simply by talking about it,” he said. He is believed to have been smuggled inside a large box.

Ghosn, who holds Lebanese, Brazilian and French citizenship, said the “only side that stood by me is the Lebanese state. They intervened and they asked the Japanese state, ‘Why are you doing this to him?'"

Ghosn said that when he arrived in Lebanon, Japan requested the Lebanese government to hand him over. “Lebanon approved if they receive the case file. They (Japanese) didn’t send anything for six months,” he said.

Earlier this month, a Turkish court released four pilots and a private airline official from jail, pending the outcome of their trial on charges of smuggling Ghosn out of Japan to Lebanon, via Turkey. They have denied involvement in the plans to smuggle Ghosn. They also denied knowing that the former Nissan chief was aboard the flights.

Ghosn, who was arrested over financial misconduct allegations in Tokyo in 2018, skipped bail while awaiting trial late last year. He was flown to Istanbul and was then transferred onto another plane bound for Beirut, where he arrived on Dec. 30. He is believed to have been smuggled inside a large box.

The Turkish airline company MNG Jet said in January that two of its planes were used illegally in Ghosn’s escape, first flying him from Osaka, Japan, to Istanbul and then on to Beirut. The company said its employee had admitted to falsifying flight records so that Ghosn’s name did not appear on them.