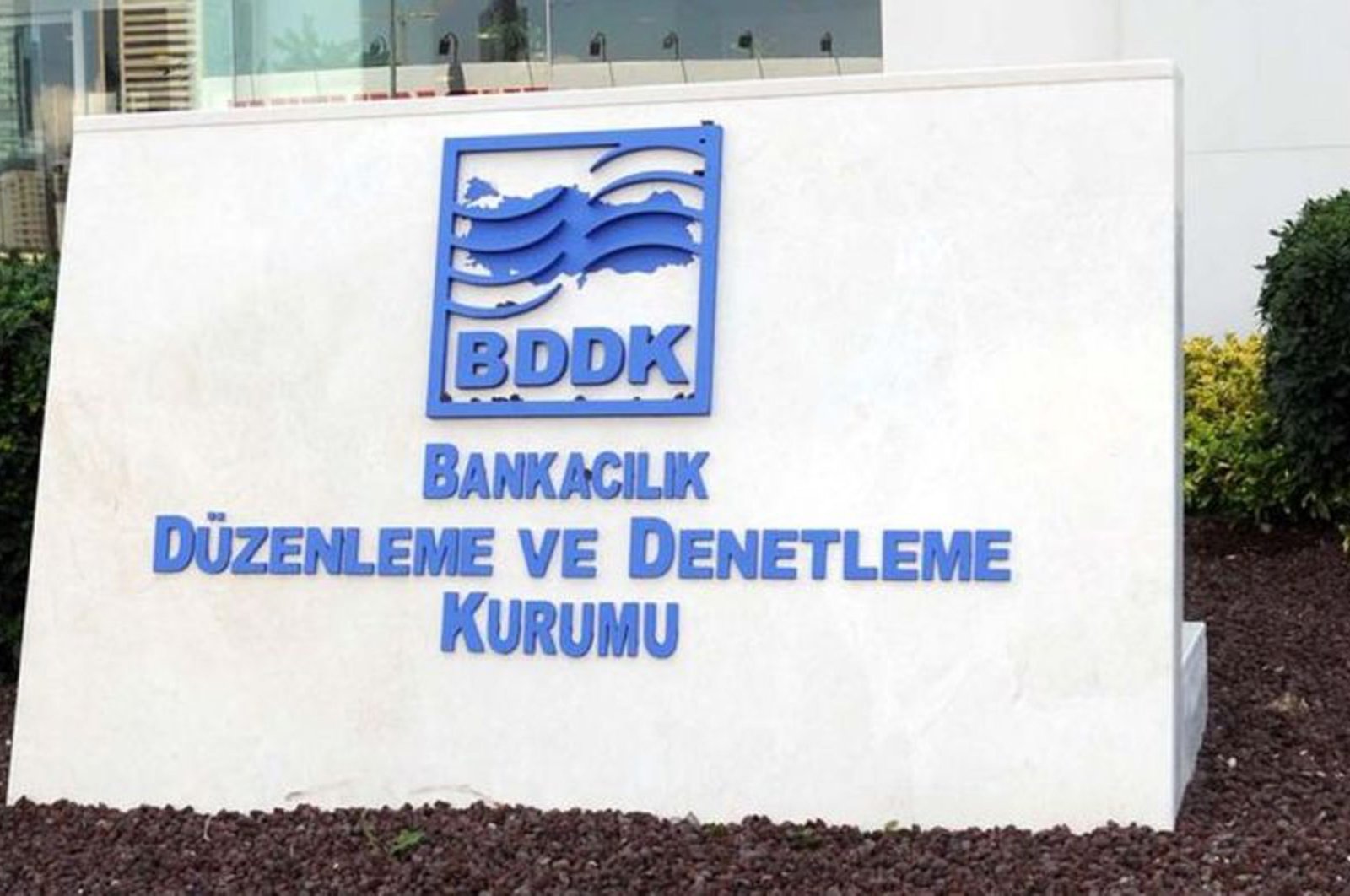 The Banking Regulation and Supervision Agency (BDDK) logo in front of its headquarters in Istanbul, Turkey. (File Photo)
by DAILY SABAH WITH AGENCIES Sep 28, 2020 12:34 pm
RECOMMENDED

Turkey's banking regulator on Monday said it was lowering the banks' required asset ratio to 90% from 95%, further easing a rule that effectively led private banks to lend more and buy more government debt.

The asset ratio for participation banks, in the meantime, was eased to 70% from 75%, the Banking Regulation and Supervision Agency (BDDK) said.

The asset ratio – which is calculated with a bank's loans, bonds, swaps and deposits – was first introduced in April in the face of the coronavirus outbreak.

The BDDK said the change would go into effect as of Oct. 1.

The asset ratio was introduced earlier this year to push financial institutions to step up lending, buy government bonds and engage in swap transactions with the central bank.

"If we look at the decisions made in the last few days; The CBRT's interest rate hike, the BDDK's increase of foreign swap limits, and the latest normalization step in the asset ratio are successive and complementary steps in the sense of normalization," Erkan said in a note.

He noted that the active ratio is gradually lowered as small adjustments, and new revisions may come in the upcoming period if deemed necessary.

"In an environment where credit demand will decline due to increasing interest rates, banks will also increase their ability to focus on asset and liability management by slowing down loan growth in their balance sheets and to make loan outflows within the framework of their own risk assessments," he added.

As a continuation of the normalization, the BDDK said, steps will be taken for the aforementioned board decisions promulgated during the pandemic period where uncertainties and risks in global markets increased.

This came at a time when the country is making efforts to lessen inflation and support price stability, trying to calm down the markets.

On Friday, the BDDK raised the limits for banks' foreign currency transactions with foreign entities, allowing increased access to the market, a day after a surprise rate hike from Turkey's central bank.

The Central Bank of the Republic of Turkey (CBRT) surprised analysts Thursday when it hiked its key rate by 200 basis points to 10.25%, tightening policy for the first time in two years in order to support the Turkish lira and rein in inflation.

The policy rate had been held at 8.25% since May – in the middle of Turkey's coronavirus lockdown – following a nearly yearlong aggressive easing cycle that chopped it down from 24%.

The BDDK Friday said it relaxed the limit for banks' foreign-exchange swap, forward and options transactions with foreign entities to 10% of a bank's equity, from 1% previously, reversing an April move.

Until last Thursday's rate hike, the central bank had relied on back-door methods to tighten the money supply, using liquidity measures and directing lenders to borrow at a higher rate.

The Turkish lira weakened by 1% against the dollar on Monday, after earlier spiking to a record low in light overnight trade.