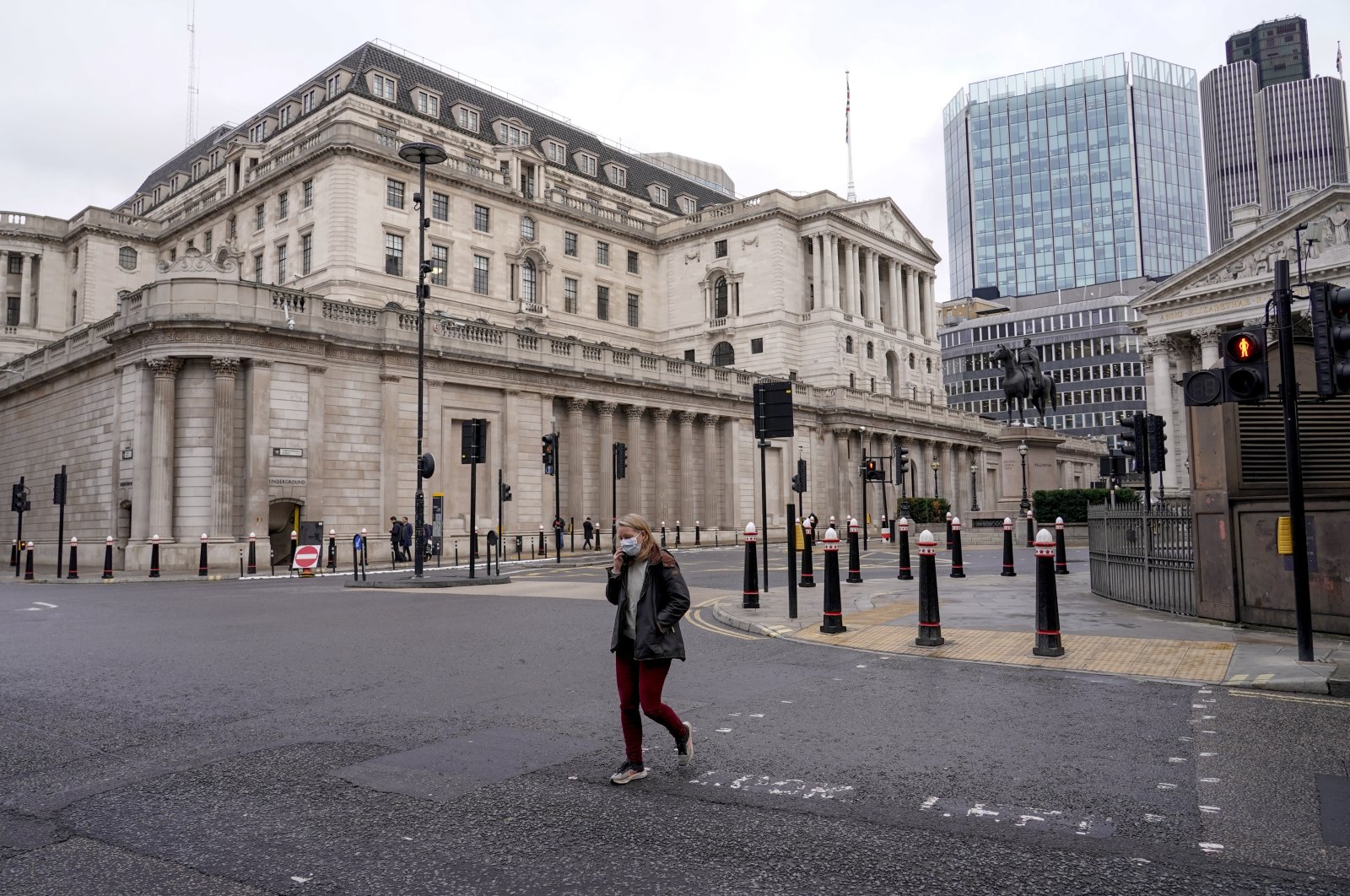 The Bank of England (BoE) unexpectedly raised its main interest rate on Thursday as inflation pressures mounted in Britain, becoming the first of the world’s major central banks to hike since the start of the coronavirus pandemic.

The increase in the bank's main rate to 0.25% from the record low of 0.1% was a surprise given the rapid spread of the omicron variant of the coronavirus across the country, which is already hurting many businesses, particularly those in the hospitality sector.

The chief medical officer urged people to limit socializing over the holidays as the United Kingdom on Wednesday recorded the highest number of confirmed new COVID-19 infections since the pandemic began. British restaurants and pubs demanded government help.

But with consumer price inflation running at 5.1%, more than double the bank's target of 2%, the vast majority on the bank's rate-setting Monetary Policy Committee (MPC) decided action was needed now. For many households struggling with rising prices, it's likely to be another hit to their incomes, at least in the short-term, with mortgages and loans set to increase, too.

The MPC saw warning signs that underlying inflation pressure might become long-lasting after its recent spike.

"The labor market is tight and has continued to tighten, and there are some signs of greater persistence in domestic cost and price pressures," the BoE said.

"Although the omicron variant is likely to weigh on near-term activity, its impact on medium-term inflationary pressures is unclear at this stage."

Sterling jumped by three-quarters of a cent against the United States dollar to its highest since Nov. 30, and interest-rate sensitive two-year gilt yields rose by more than 7 basis points on the day to 0.56%, their highest since Dec. 1.

"The MPC's decision to hike Bank Rate today, before it knows the full extent of the economic damage wrought by the surging omicron variant, underlines how worried it is about the outlook for inflation and the risk that inflation expectations would de-anchor if it did nothing," Pantheon Macroeconomics analyst Samuel Tombs said.

The Bank of England’s decision comes a day after the U.S. Federal Reserve (Fed) announced it would speed up its tightening of credit as inflation reached a 40-year high in November.

Minutes of the Bank of England's decision showed that eight of the nine members of the rate-setting panel backed the increase in an attempt to keep a lid on inflation, which bank staff think could peak at around 6% in April as a result of the lagged impact energy bills given the spike in wholesale gas prices.

The majority also said recent economic developments eased concerns over the impact on unemployment from the ending of a government salary subsidy program in September.

Economists said the decision underlined the extent to which policymakers are worried about inflation, even before knowing the full extent of the hit to growth stemming from omicron.

“Instead of battening down the hatches and waiting for the latest COVID storm to subside, they are taking action now to prevent an even sharper spiraling upwards of prices,” said Susannah Streeter, senior investment and markets analyst at stockbrokers Hargreaves Lansdown.

The MPC also pointed to the likelihood of further rate hikes ahead.

"The committee continues to judge that there are two-sided risks around the inflation outlook in the medium term but that some modest tightening of monetary policy over the forecast period is likely to be necessary to meet the 2% inflation target sustainably," it said.

The BoE cut its growth forecasts for December and the first quarter of 2022 because of the spread of omicron, which could lead to "a very high number of infections over a very short period."

But it also said Britain and the world economy were in a "materially different" situation than at the start of the pandemic, with inflation now elevated.

It focused more on "upside risks" around pay trends and said there was little sign of a jump in unemployment after the end of the government's job-supporting furlough scheme on Sept. 30.

The British central bank wrong-footed many investors six weeks ago when it kept Bank Rate on hold, giving itself more time to see the extent of any hit to the labor market from the end of the scheme.

At its December meeting, the MPC voted 9-0 to keep the central bank's government bond-buying program at its target size of 875 billion pounds ($1.16 trillion). The BoE has also bought 20 billion pounds of corporate bonds.