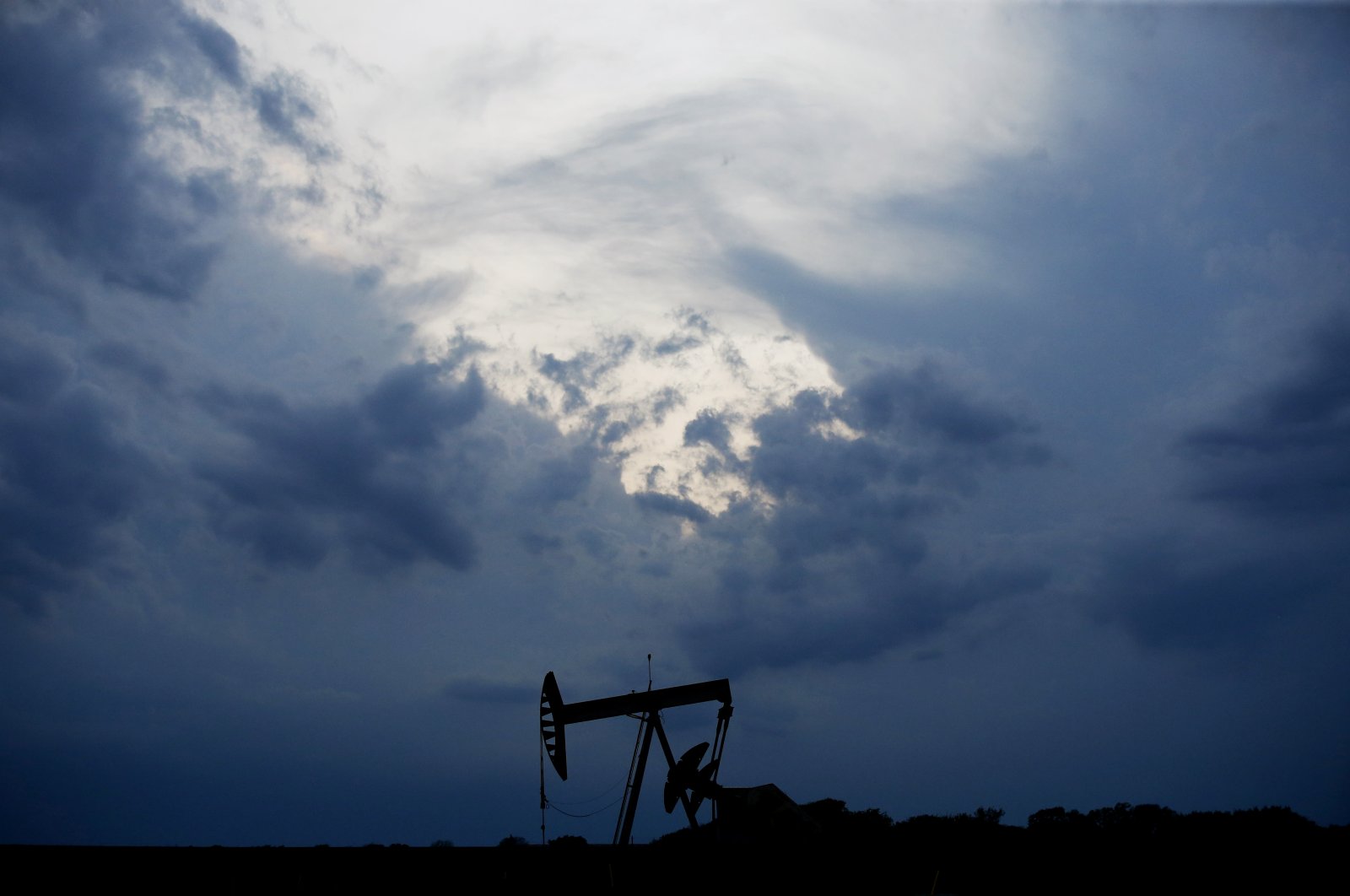 Brent hit a two-decade low Wednesday as oil resumed its painful retreat and extended a rout that has torn through energy markets, though stock exchanges in Asia and Europe were mixed following a two-day sell-off.

With demand virtually non-existent owing to virus lockdowns, and production still high despite storage at bursting point, crude markets have been sent into free fall with WTI for May delivery diving to minus $40 on Monday.

Focus has turned to the June contract, which started Wednesday on fine form following news that top producers had held talks – but it plunged into the red in the afternoon, having lost almost half its value on Tuesday, when Brent collapsed by a fifth.

The crisis in the oil market caused by the coronavirus pandemic was compounded by a price war between Russia and Saudi Arabia, but while they drew a line under the row and joined other key producers in slashing output by 10 million barrels a day, that has not been enough.

Crude's rout "merely reflects the underlying theme that there is no demand for physical oil, and there is nowhere to store it," said AxiCorp's Stephen Innes.

"Disappointment following the new (oil cut) agreement continues to resonate, and responding to that outcry could be the one thing that turns the oil price around in the near term, absent evidence of demand recovery."

Analysts said the morning bounce was driven by news that members of OPEC, as well as some allies in the OPEC+ grouping, held a teleconference Tuesday – but gloom soon returned.

Equity markets, buoyed in recent weeks by trillions of dollars of stimulus and signs of a slowdown in the rate of virus infection and death in some countries – and moves to slowly ease lockdown measures in a number of nations – are beginning to feel the spillover from the crude collapse.

Innes added that the oil crisis "has negative connotations for other areas of the market, most notably banks, given their high exposure to U.S. shale producers."

Asian markets have struggled this week, though there were some recoveries Wednesday.

Tokyo ended down 0.7% while Singapore and Bangkok each shed 0.9% and Wellington retreated more than 1%. Manila also fell and Sydney was marginally lower.

However, Hong Kong, Shanghai, Mumbai, Seoul and Taipei were all up along with Jakarta.

In early trade, London, Paris and Frankfurt all rallied.

There was little reaction to the U.S. Senate approving a near-half-trillion-dollar coronavirus relief package, with funding earmarked for small businesses, hospitals and a ramp-up of testing nationwide.

Adding to the sense of unease on trading floors is uncertainty around earnings season, with many firms struggling to provide forecasts as they try to assess developments in the pandemic, which has shattered their bottom lines.

"It's virtually impossible until we have more visibility with respect to how the world comes out of the coronavirus on the other side."

In Hong Kong, the de facto central bank stepped in to sell the local dollar for a second successive day to defend its peg with the U.S. dollar.

The Hong Kong Monetary Authority sold HK$2.79 billion ($360 million) of the unit, which has strengthened in recent weeks owing to near-zero U.S. interest rates and higher borrowing costs in the city as investors look to buy into its stock market.

The move came a day after it sold HK$1.55 billion, which marked the first intervention to offload the local unit since 2015. It last intervened to buy the currency in March last year.

Under the city's Linked Exchange Rate System, the HKMA is required to buy the local currency at HK$7.85 to $1 to ensure exchange rate stability.

The financial hub has maintained a decades-old peg with the U.S. dollar, which keeps Hong Kong at the mercy of Fed policymakers.