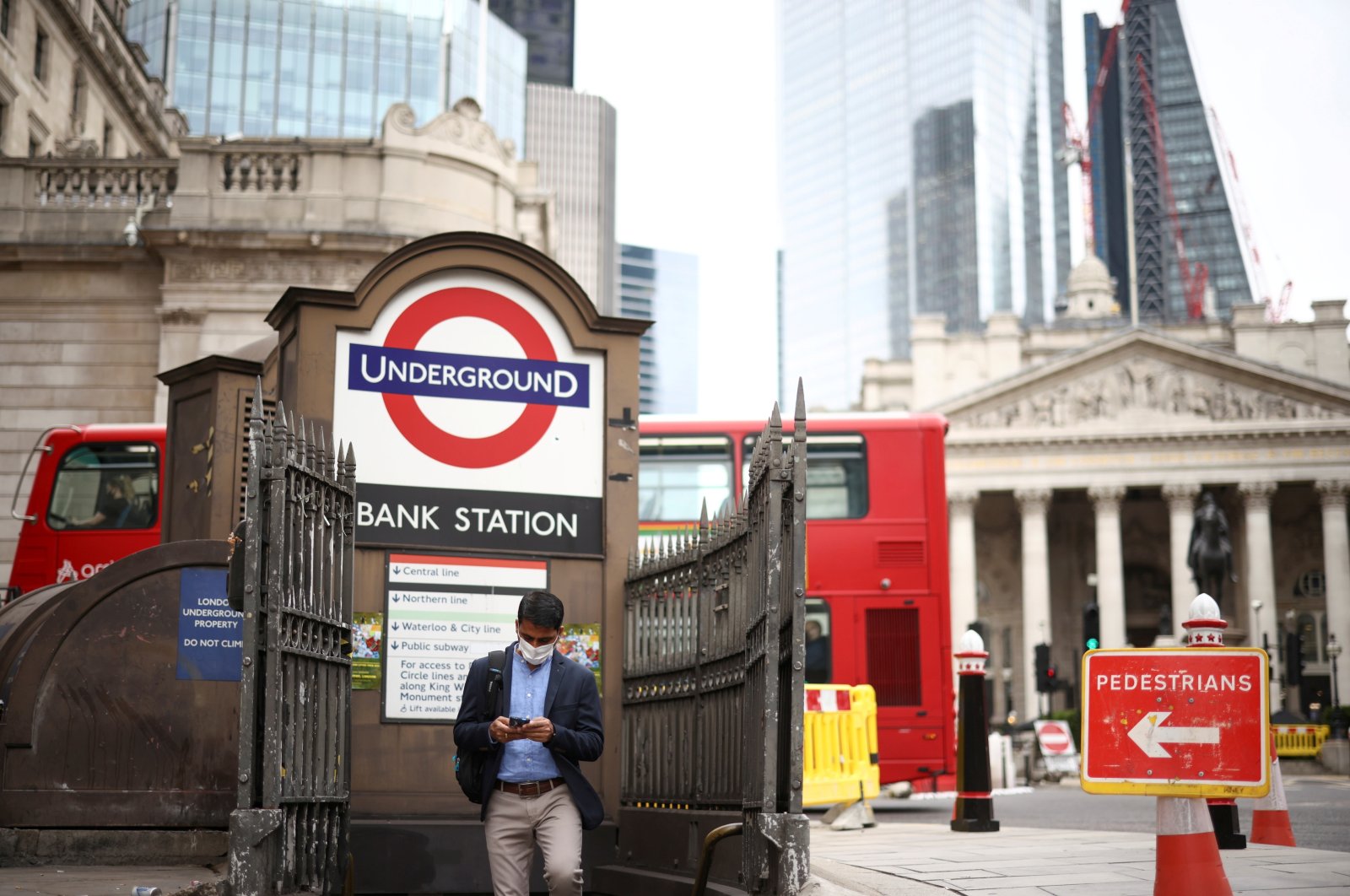 U.K. banks must tread a delicate path with businesses propped up during the COVID-19 pandemic as payback time approaches for more than 75 billion pounds ($104 billion) of emergency state-backed loans.

Faced with trying to limit losses for themselves and taxpayers but also avoid a repeat of the aftermath of the 2008 financial crisis, when banks were vilified and forced to pay millions of pounds in redress for heavy-handed debt repayment tactics, lenders are pledging that this time will be different.

With the first COVID-19 loan repayments now falling due, the U.K.'s four biggest banks have hired more than 750 debt collection experts between them and training is being given on how to handle customers sensitively.

"We did boot camp training to make sure they're all ready to go," said Hannah Bernard, head of business banking at Barclays.

As one of the first major markets to begin collecting state-backed loans from the pandemic, the world will be watching how the U.K.'s banks fare.

The government's early estimate was that the losses on the most popular Bounce Back Loan Scheme (BBLS), which enabled small businesses to borrow up to 50,000 pounds with few questions asked, could be up to 60% when taking into account credit problems and fraud.

While the loans are either 100% or 80% guaranteed by the government – limiting the potential financial pain for banks – banks must make all efforts to collect before the state pays up, and some bankers said those costs could mean they make an overall loss on the scheme.

So far, senior bankers interviewed by Reuters said cases of outright fraud seem to be lower than expected. There are also schemes allowing most borrowers to extend payments, but evidence of disputes with borrowers is emerging.

Social media posts from disgruntled customers, interviews with small businesses and copies of letters sent by banks to customers and seen by Reuters show some borrowers are unhappy with their treatment.

"This will be a big test of 2008 proportions," lawmaker and chair of the all-party group for fair business banking Kevin Hollinrake said. "I'm very concerned, as warm words from the banks ... from the top haven't always been mirrored by actions at the coalface."

One such disgruntled customer was a doctor in the National Health Service (NHS), who took out a BBLS for his private practice. After he ticked a box on an HSBC form asking if he was experiencing financial hardship, he was dismayed to see the hoped-for extension declined, and the bank immediately took full payment.

HSBC said it had tried to contact the customer three times through various channels, and that its online forms made clear that ticking the box would automatically exclude a deferral.

Other bank customers have had the full 50,000 pounds loan amount demanded back within 14 days and been told they made mistakes in the application or were never eligible in the first place, according to copies of letters sent to them and reviewed by Reuters.

Bankers said harsh treatment and demands for immediate repayment would only happen in cases of suspected fraud. They do not want to risk undoing the perception that the U.K.'s banks have had a "good crisis."

Out of an initial wave of around 60,000 BBLS that have come due for repayment at NatWest, only a single-digit percentage have failed the first payment, said Andrew Harrison, interim head of business banking.

Yet the removal of hundreds of bank branches in recent years will not help in any dispute resolution, business leaders said.

"As more firms start to struggle, this is the moment when the bank should be the sound adviser, and I don't think businesses look at them that way, it was all done by algorithms, so there are no relationships," said Richard Burge, chief executive of the London Chamber of Commerce and Industry.

The real pain may be yet to come.

"We shouldn't underestimate the continued high level of government support, and after it is turned off, the question is how many businesses can really survive," NatWest's Harrison said.

The bank, which has renamed its "debt management operations" unit as "financial health and support," has hired an extra 150 debt collection staff, Harrison said. Following this, the bank used behavioral science techniques to better understand the reading abilities of customers and strip out the jargon.

HSBC has likewise hired around 200 extra staff and trained them to empathize with customers, said Amanda Murphy, the lender's head of commercial banking.

"What we are better at now, and it's not just banks but I think society, is understanding more about vulnerability, the stresses people have and the connection between one's business and personal life," she said.

"If someone is telling you 'I've come to the end of my tether,' that's not just a phrase," Murphy said.

Staff have been trained on how to handle and refer such cases to specialist teams, and making customers aware of independent third-party resources, she said.

With plans for an industry-wide collections body having collapsed, banks will face scrutiny on how they collect loans, and in some cases, how much they charged.

The bulk of loans were awarded at low interest rates, making debt relatively easy for firms to service – including bounce back loans fixed at 2.5% – but there was a significant chunk granted under other schemes with no fixed price.

More than 3 billion pounds of funds for nearly 17,000 businesses were charged at double-digit interest rates, according to figures obtained under a Freedom of Information request by anonymous small business campaigner Mr. Bounce Back.

These higher rates were mainly charged by non-bank lenders unable to benefit from cheap Bank of England funding.

Tide Platform Limited, a business banking account provider, recently told small business customers it would not provide payment deferrals on bounce-back loans because it could not afford to, Reuters reported.

"We really wanted to help and are as disappointed as anyone," said Oliver Prill, CEO of Tide, who urged the Bank of England to open up its cheap funding to non-banks.

As the industry largely succeeded in getting money quickly to businesses that needed it, the challenge now is to avoid undoing all that good work through the collections process.

"No bank wants the reputation that the industry had 13 years ago, nobody wants that," said HSBC's Murphy.