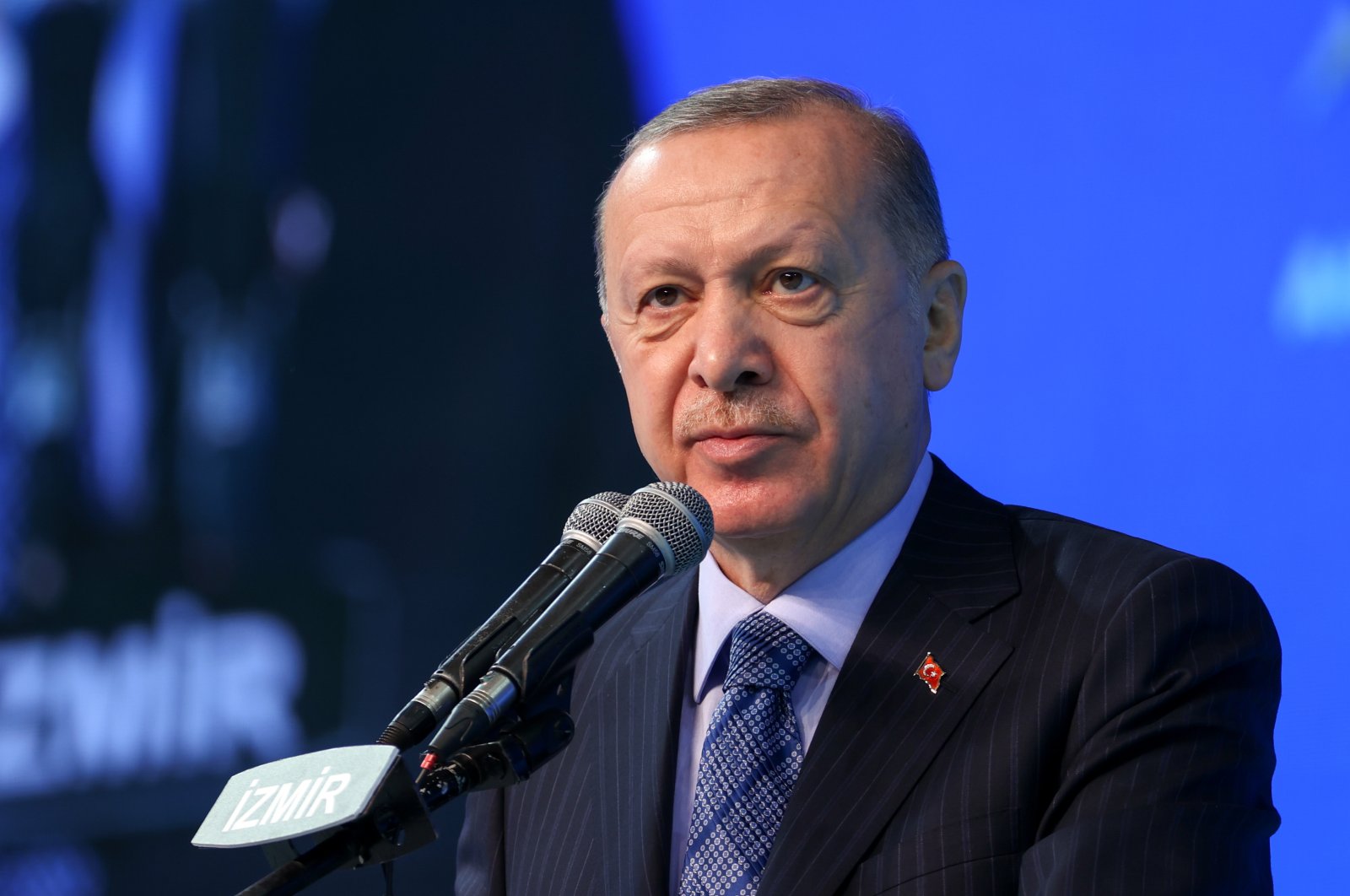 President Recep Tayyip Erdoğan on Monday defended the policies by Berat Albayrak, saying they helped Turkey to ride out coronavirus pandemic-related shocks, slamming a campaign by the main opposition party against the former treasury and finance minister over his forex reserve policies.

Albayrak’s misfortune was being the president's son-in-law, which “overshadowed his experience, efforts and success,” Erdoğan told a provincial congress of the ruling Justice and Development Party (AK Party) in the western province of Izmir.

Erdoğan described the campaign of the Republican People’s Party (CHP) as an attack on his family. He added that Albayrak had been at the forefront of the country’s economic battle.

The president denied that the reserves were mismanaged, stressing that measures were needed against the financial fluctuations that emerged internationally along with the coronavirus outbreak.

Albayrak resigned from his duty in November, citing health concerns.

In a social media campaign, the CHP criticized Albayrak for his policies and demanded to know what had happened to the $128 billion (TL 903 billion) it says was sold from the central bank’s reserves.

“There is no such thing as foreign currency evaporating or transactions that are against the law or unethical,” Erdoğan said.

“Planned forex transactions were carried out in this difficult period to ensure there were no problems with the balance of payments,” the president said.

Thanks to the forex transactions, Erdoğan emphasized that Turkey has managed to remain committed to its goals despite serious international shocks.

“The central bank had $27.5 billion in foreign exchange reserves when we took office,” in fall 2002, the president noted, adding that now, it has $95 billion.

“During my premiership, this foreign exchange reserve increased to $132 billion. After that, we went down to $95 billion. What does this mean? We can go back to $132 billion, and we will even reach $200 billion,” he stressed.

Turkey’s current Treasury and Finance Minister Lütfi Elvan also defended the reserve policy of his predecessor, saying transactions were in response to the extraordinary demands of the pandemic.

“I strongly condemn the unjust and rude rhetoric used by the CHP over forex reserves against our former Treasury and Finance Minister Mr. Berat Albayrak,” Elvan said on Twitter late Sunday.

“It is unacceptable to distort the foreign exchange reserves transactions carried out in line with the goal of financial stability amid the 2020 pandemic circumstances in an environment necessitated by extraordinary fluctuations in the global markets,” he added.

A lawyer for Albayrak said on the weekend that CHP’s campaign comprised “ugly slander and attempts at smearing” the former minister, adding that they would file a lawsuit of TL 500,000 ($70,812) for damages over the campaign.

“Transactions over the central bank’s reserves were carried out in accordance with the existing regulation and in line with the goals of financial and price stability, in a manner befitting the balance of payments requirements,” Albayrak’s lawyer said in a statement.

“Since the day he resigned from his post, Mr. Berat Albayrak has been spending time with his wife and children at home, like in any normal Turkish family.”

The former energy and natural resources minister, Albayrak was appointed to lead the Treasury and Finance Ministry in July 2018.

As energy minister, he accomplished a great number of projects that aimed to reduce Turkey’s dependency on external resources, particularly with innovative solar and wind power projects that attracted foreign investment.

Under his supervision, Turkey’s national energy and mining policy which relied on three principles – indigenization, predictability and security of supply – was prepared and introduced.

Turkey also proactively resumed its exploration activities in the Black and Mediterranean seas and bought its first drilling ship during his tenure.