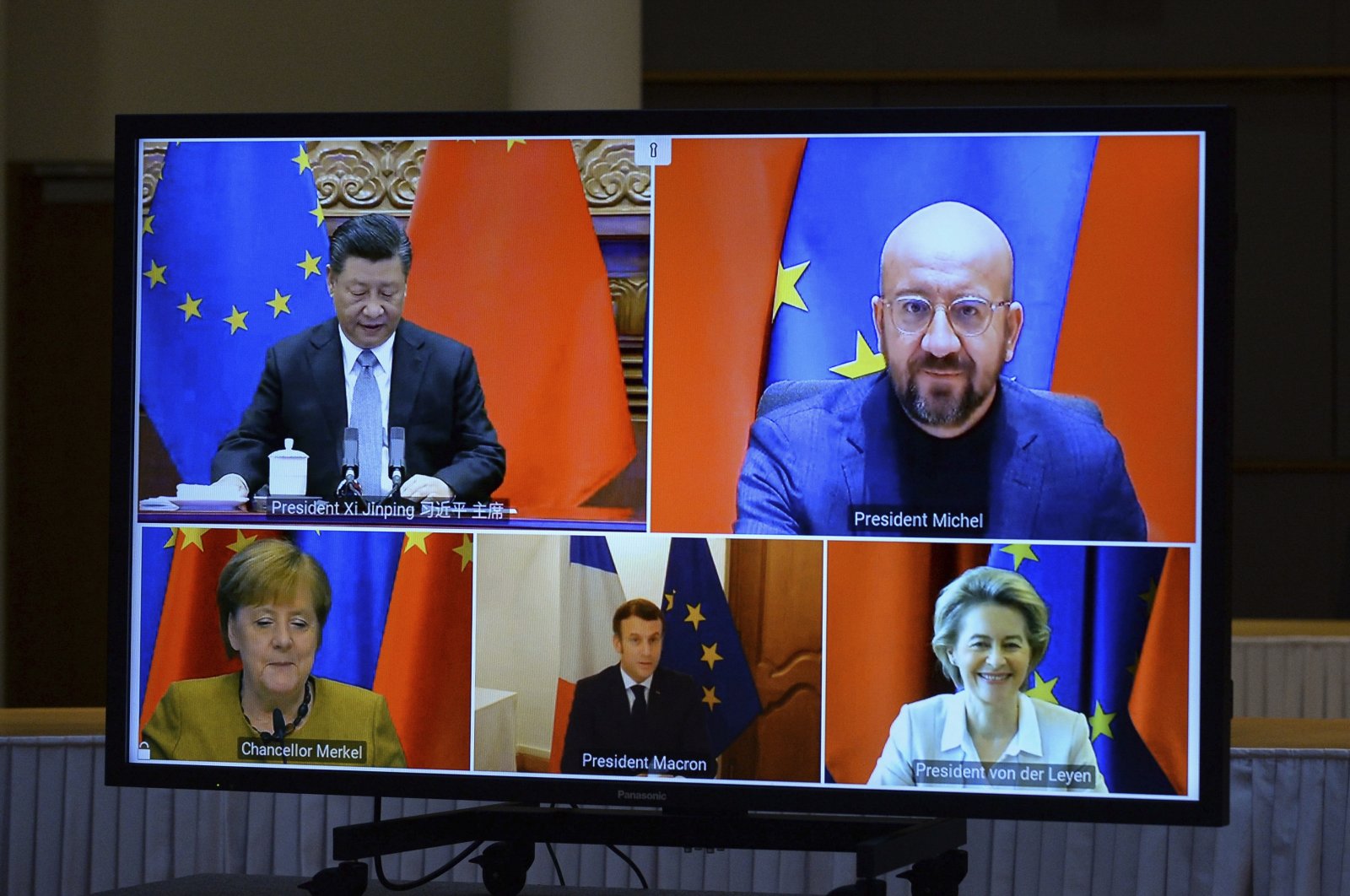 Top European Union officials and Chinese President Xi Jinping concluded a business investment deal Wednesday that will open big opportunities to European companies but has the potential to irk the new American administration.

German Chancellor Angela Merkel – whose country holds the rotating presidency of the EU – and French President Emmanuel Macron also took part in the discussions with the Chinese president, the EU said.

“We are open for business but we are attached to reciprocity, level playing field and values," von der Leyen said.

The videoconference launches a ratification process that will take several months as the text of the agreement still needs to be legally reviewed and translated before it is approved by the European Council. To enter into force, the agreement will then need to be ratified by the European Parliament, and the issue of human rights could be a sticking point.

According to the EU, the deal was brokered after China committed to pursue ratification of the International Labor Organization’s rules on forced labor.

On Tuesday, the EU expressed concerns about “the restrictions on freedom of expression, on access to information, and intimidation and surveillance of journalists, as well as detentions, trials and sentencing of human rights defenders, lawyers, and intellectuals in China.”

The EU hopes the agreement, known as CAI, will help correct an imbalance in market access and create new investment opportunities for European companies in China by ensuring they can compete on an equal footing when operating in the country. EU companies face competition from state-owned Chinese enterprises that may get government support and easier access to financing.

“The EU has traditionally been much more open than China to foreign investment," the EU said. “This is true as regards foreign investment in general. China now commits to open up to the EU in a number of key sectors."

China is crucially important to Germany, where companies like BMW, Daimler and Volkswagen make a large share of their profits in the world's largest car market. The director-general of the Federation of German Industries, Joachim Lang, said the agreement was “a significant step” but added that “what is decisive is rather how the Chinese government in fact implements these improvements and if the planned implementation mechanisms take effect."

The 27-nation bloc said the agreement is the most ambitious that China has ever agreed to with a third country and will give additional access to many areas including the electric cars and hybrid vehicles sector, as well as private hospitals, telecoms, cloud and financial services, international maritime transport and air transport-related services.

But it has the potential to cause tension with the administration of U.S. President-elect Joe Biden only weeks after the EU proposed a trans-Atlantic dialogue to address “the strategic challenge presented by China’s growing international assertiveness.”

The EU, however, said the investment agreement will give the EU the same level of market access in China that the U.S. has and insisted that the deal will benefit other trading partners by getting China to commit to high standards of conduct.

The EU added that the agreement, which includes provisions for settling disputes, should increase the transparency of Chinese state subsidies and make sustainable development a key element of the relationship between the EU and China.

The deal also includes clear rules against the forced transfer of technologies, a practice in which a government requires foreign investors to share their technology in exchange for market access.