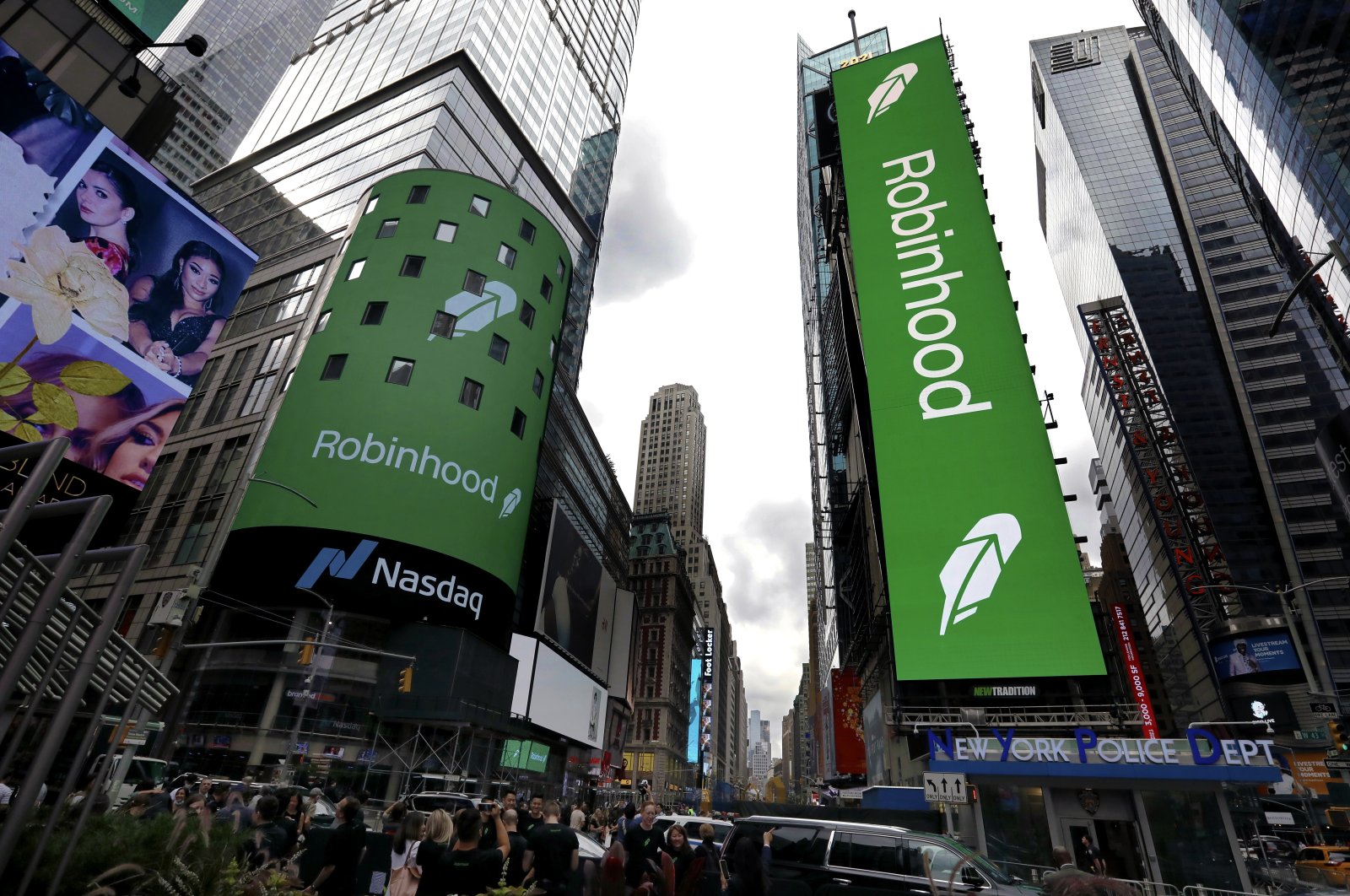 The fast-growing online trading app, Robinhood, Thursday raised $1.9 billion in an initial public offering (IPO), however, later falling sharply in its Nasdaq debut as it had a rough start on Wall Street.

The Silicon Valley company, launched in 2013 by two friends who met at Stanford University, has billed itself as an accessible and fun platform for young and first-time investors, leading to outsized growth during the coronavirus pandemic.

But the company, which now has a valuation of around $32 billion, has also drawn skepticism over its business model and criticism from key regulators over its practices. Commentators on CNBC monitoring the IPO described the offering as "polarizing," with loud voices in the investment community on both sides.

"The brand Robinhood really stands for this next generation of consumers," the company's Chief Executive Vladimir Tenev said in an interview with the network.

The company had set aside 20% to 35% of shares for customers in the initial offering, an unusually large portion for individual investors. But Tenev declined to provide the level of participation.

Founded in 2013 by Tenev and Baiju Bhatt, Robinhood has pitched itself as a niche for underinvested "everyday people," who are younger and more diverse, according to a prospectus. Robinhood's median customer age is 31.

Individual investors using the app played a role in the so-called "Reddit Rebellion" earlier this year when retail investors on the social network joined forces to support beaten-down stocks such as GameStop and BlackBerry to fight back against institutional investors.

But Robinhood's rise has not been without controversy.

Last month, shortly before the company filed papers to go public, it agreed to pay a $70 million fine to settle charges from regulatory body FINRA that it harmed thousands of consumers through "false and misleading" communications and other lapses. The company also has been in the crosshairs of the United States Securities and Exchange Commission (SEC) and its chief Gary Gensler, who has taken aim at its business model.

Although Robinhood does not charge users commissions, it takes in revenue from other financial firms by routing trades to those companies, a practice known as "payment for order flow" that is barred in other countries including Britain and Australia. Gensler said such arrangements raise questions about conflicts of interest and also enable firms to trade consumer data.

Tenev defended the practice, saying it "has led to a much (more) diverse set of people participating in the markets," although he acknowledged it could be "better explained" to clients.

A bigger unknown may be the platform's fate when the stock market no longer sees steadily climbing equity values as it has in recent months.

More questions surround Robinhood's efforts to expand, including the possibility of offering retirement accounts which are a big business for incumbent financial giants, many times the size of the upstart.