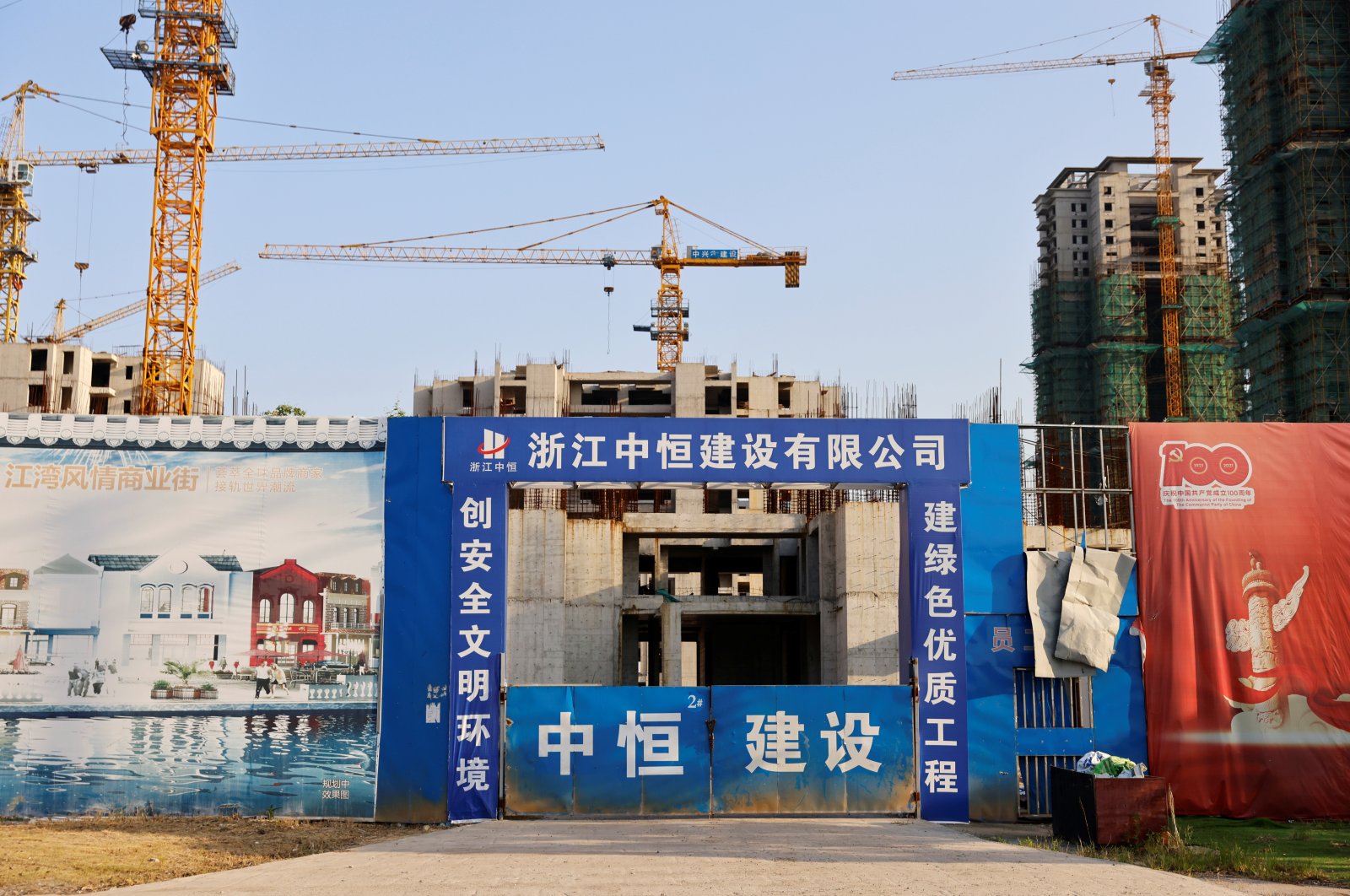 Fears that Chinese real estate developer Evergrande’s possible default on multibillion-dollar debts might send shockwaves through global financial markets appeared to ease Thursday as creditors waited to see how much they might recover.

Shares of Evergrande Group, one of China’s biggest private sector conglomerates, rose 18% in Hong Kong after the company said it would pay interest to bondholders in China. The company gave no sign whether it would make a payment due Thursday on a separate bond abroad.

Evergrande’s struggle has raised fears it might destabilize China’s financial system and set off a global chain reaction. But economists said while banks and other creditors would lose money, there appeared to be little way a default on its 2 trillion yuan ($310 billion) in debt would hurt the Chinese system or feed through to markets abroad.

“There will be some suppliers and others who will go bust,” Carnell said. “But it’s not systemic in a sense that I can put my finger on.”

Chinese regulators have yet to announce what Beijing might do. But despite that, plus uncertainty about how much banks and individual buyers of Evergrande’s bonds might lose, stock markets appeared to recover from anxiety that caused Chinese stocks to tumble on Monday.

Markets are “in a worst is over frenzy” after Evergrande’s promise to pay bondholders, said Jeffrey Halley of Oanda, in a report.

Meanwhile, local governments were told to prepare for Evergrande's possible collapse by talking with other developers about taking over its real estate projects and monitoring public anger and possible protests, The Wall Street Journal reported, citing unidentified sources.

Officials were told to intervene only at the last minute if Evergrande is unable to manage its affairs, the Journal said.

Evergrande was caught by tighter restrictions on borrowing imposed by Chinese regulators last year in a campaign to reduce the economy’s reliance on surging debt. The company has sold billions of dollars of assets to meet government limits.

Evergrande's billionaire founder, Xu Jiayin, has expressed confidence the company will survive, but it has yet to announce a plan for repaying debtors.

That includes an $83.5 million payment due Thursday to buyers abroad of a U.S. dollar-denominated bond. The company has a month to pay before it would be declared in default.

Economists say any government action is likely to focus on protecting Chinese families that paid for apartments that are yet to build, rather than on bailing out banks or other creditors.

Beijing has resources to prevent a Chinese credit crunch if Evergrande defaults. But it doesn’t want to appear to organize a bailout while it tries to force others to cut debt, economists say. The ruling Communist Party worries surging debt that piled up during China’s boom years might cause problems as economic growth slows.

On Thursday, one of Evergrande’s biggest shareholders, Chinese Estates Holdings Ltd., announced it sold part of its stake at a loss and might sell its remaining 5.66% of the company. Chinese Estates said it took a 1.4 billion Hong Kong dollar ($177 million) loss.

Evergrande’s debt problems come at a time when Chinese economic growth is forecast to weaken due to a slowdown in construction and home sales due to government pressure on the real estate industry to reduce reliance on borrowed money.

On Thursday, Fitch Ratings cut its growth forecast for China this year to 8.1% – still among the world’s strongest – from 8.4%, citing the real estate slowdown.

Meanwhile, S&P Global Ratings downgraded the debt of a smaller Chinese developer, Xinyuan Real Estate Co., which has delayed releasing 2020 results. S&P said Xinyuan, which has shares traded on the New York Stock Exchange, faces “refinancing difficulty” that will make it harder to service $229 million in debt due to lenders abroad in October.

Hundreds of smaller Chinese developers have gone bankrupt since Beijing started tightening financial controls on the industry in 2017.

Some commentators suggested Evergrande might become a “Lehman moment,” invoking the 2008 collapse of Wall Street bank Lehman Brothers ahead of the global crisis. But economists say Evergrande’s debts are relatively simple compared with those of a Wall Street bank and appear unlikely to set off a chain reaction.

Evergrande’s debt is the equivalent of as much as 2% of China’s annual economic output, but economists say the state-owned banking industry can absorb a possible default.

“There will be some banks exposed,” said ING’s Carnell. “The big ones can cope. The small ones don’t matter.”