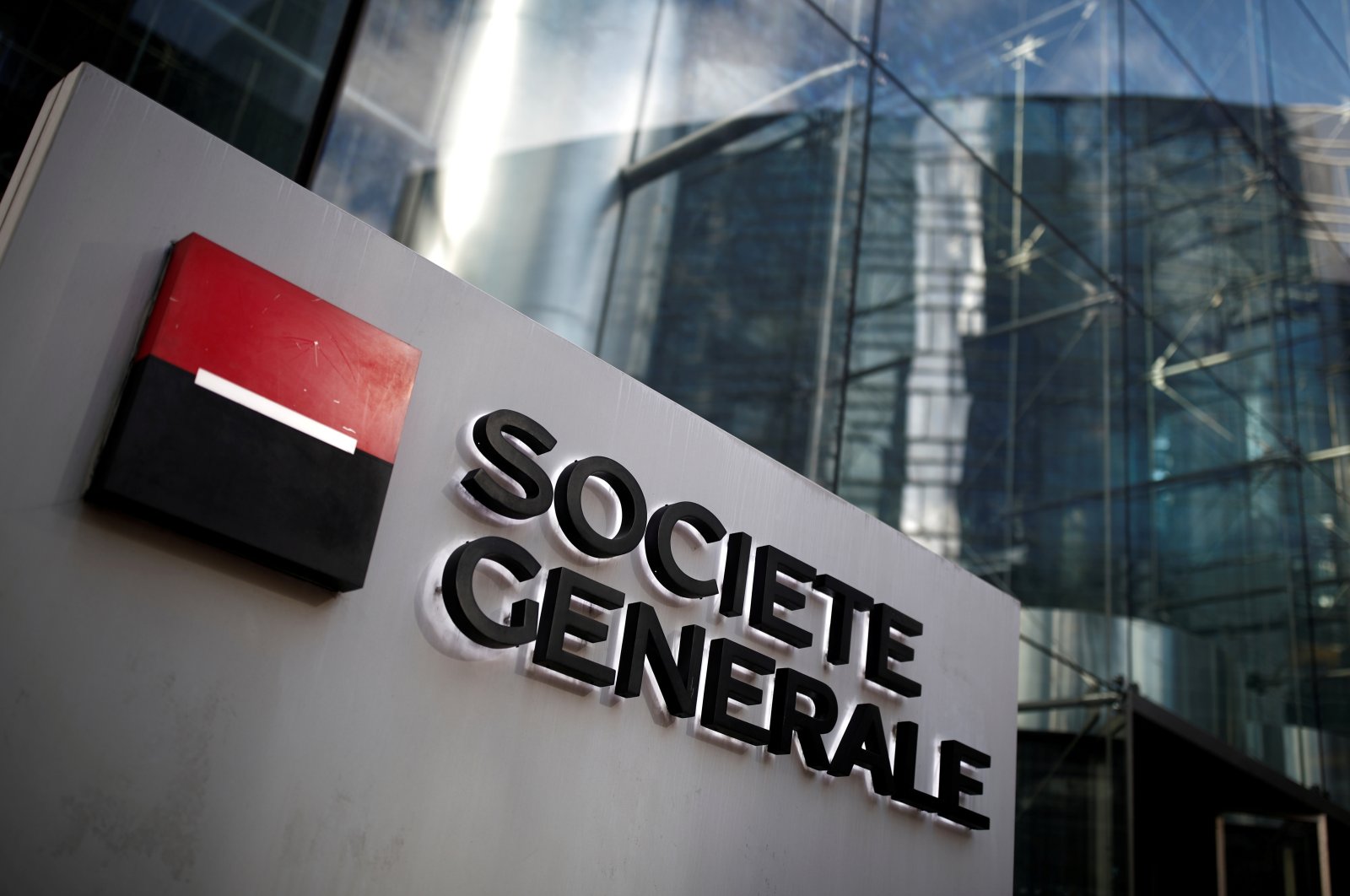 The logo of Societe Generale at its headquarters in the financial and business district of La Defense near Paris, France, Feb. 4, 2020. (Reuters Photo)
by German Press Agency - DPA Dec 07, 2020 5:24 pm

French bank Societe Generale plans to slash its branch network, part of a cost-cutting move that will also see the organization more fully merge operations with its Credit du Nord subsidiary, it announced on Monday.

The number of branches is expected to sink from 2,100 to 1,500 by 2025, it said, without commenting on what this will do to employment levels at the bank.

"The group intends to retain the same territorial footprint while reducing the number of branches, which is possible due to the high geographic proximity of the two brands' branches in many towns and cities," it noted in a press release.

Chief executive Frederic Oudea promised eventual annual savings of about 450 million euros ($546 million), though there would be an initial investment of between 700 million and 800 million euros.

The plan also calls for beefing up the bank's online system, Boursorama, with a goal of increasing active customers on it from 2.5 million to 4.5 million by 2025. Again, this plan will require investment, but the goal is to see a profit of 200 million euros by 2025.

The coronavirus crisis has weighed heavily on Societe Generale. It has lost billions of euros and had to cut 640 jobs in its investment bank.