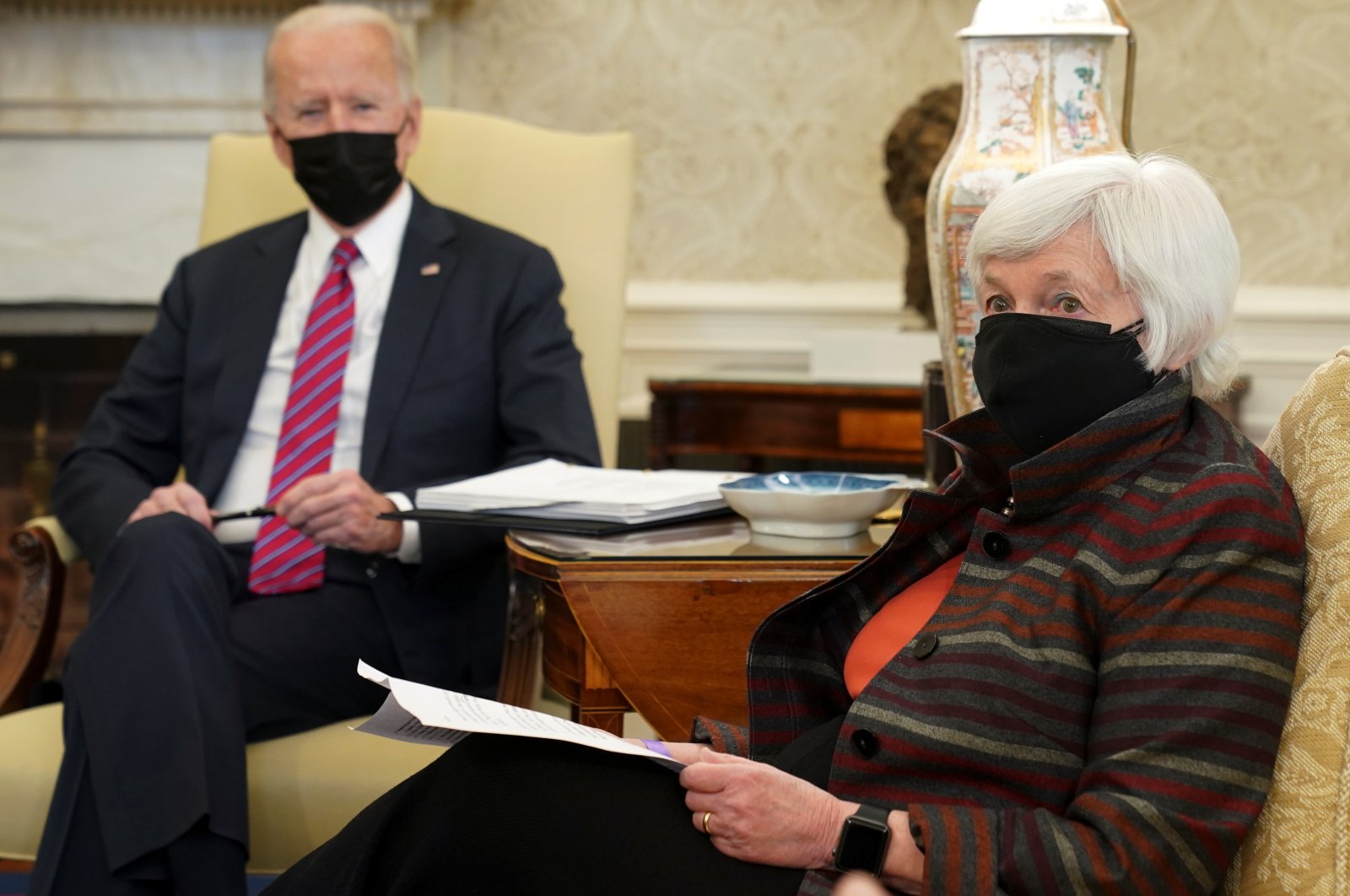 A financial market imbroglio involving one of Janet Yellen’s last private sector business relationships may arguably be the last thing the new U.S. Treasury Secretary wants to deal with during her first days in office.

But as hedge fund Citadel LLC emerges as one of the key actors in the trading frenzy last week involving GameStop Corp – and questions arise over whether the activity exposes deeper risks for the financial system – Yellen could find herself pulled into the fray.

Citadel, together with another fund, extended a $2.75 billion financial lifeline to hedge fund Melvin Capital Management, which had suffered heavy losses by betting against GameStop. Citadel also pays for the right to process Robinhood users’ trades, a practice that has drawn some concern from investor advocates.

The White House has said Yellen is among a handful of officials monitoring the fracas. As head of the Financial Stability Oversight Council (FSOC), Yellen is broadly responsible for the health of the entire trading and investing system.

A sticking point for her to clear, though, may be $700,000 in speaking fees she accepted from Citadel, as recently as last fall. Yellen has pledged not to involve herself in an official capacity in matters involving the firm without first seeking a written waiver from Treasury ethics officials.

Ethics experts say that pledge is not a hard wall for her to scale should the need arise. After ethics violations dogged the Trump administration, some groups are urging Yellen to pre-emptively seek a waiver and set a precedent.

“This example is a good test of Biden’s ethics executive order and the transparency that follows, but it also highlights the revolving door and why restrictions are necessary to protect the integrity of government missions, policies, and programs,” said Scott Amey, general counsel at Project On Government Oversight, a nonpartisan government watchdog group.

The Treasury secretary normally does not get involved in matters involving individual stocks and concentrates instead on broad systemic risks to the financial system, which the department monitors through daily market surveillance.

“Secretary Yellen of course will abide by her ethics agreement and ethics pledge in all instances,” Treasury spokesperson Calvin Mitchell said. He did not indicate how she would approach the specific Citadel issue.

Yellen filed an ethics agreement here with the Office of Government Ethics in December saying she would "seek written authorization to participate personally and substantially in any particular matter" related to any companies that paid her speaking fees prior to joining President Joe Biden's administration – for a year after her last speech to each firm.

Yellen spoke several times at Citadel, most recently on an Oct. 27 webinar, according to the filing. She was paid at least $700,000 in speaking fees by the Citadel while she was in private practice at the Brookings Institution think tank, another disclosure here shows.

These speaking engagements, which also include financial heavyweights such as Barclays, Citigroup, and Goldman Sachs, are not likely to impact her ability to give Biden broad advice on the stock trading matter, government ethics experts say.

“If this becomes a situation where regulators are considering new rulemaking with Citadel as the poster-child, that’s different,” said Lisa Gilbert, executive vice president of Public Citizen, a group pushing for stronger financial regulation.

A major question is whether volatility from GameStop and similar retail investor revolts against short-squeezes boil over into a systemic event that sends markets crashing broadly.

Typically a matter involving an individual stock or equity market trading and brokerages would fall to the Securities and Exchange Commission, which has said it is examining the matter.

On Friday, SEC commissioners including acting chair Allison Herren Lee said in a statement here they were closely monitoring the extreme volatility in certain stocks and warned market participants to "uphold their obligations to protect investors and to identify and pursue potential wrongdoing."

Extreme stock price volatility “has the potential to expose investors to rapid and severe losses and undermine market confidence,” they added.

The FSOC that Yellen chairs are charged with identifying risks and responding to emerging threats to financial stability. It includes the heads of the Federal Reserve and other major U.S. financial regulatory agencies.

It has the authority to designate non-bank financial institutions for consolidated supervision to minimize risk to the financial system or to break up firms that pose a “grave threat.”

Distress in individual companies rarely rises to such a level. Treasury maintains daily market surveillance, but it is looking for orderly market functioning and broad systemic threats.

Thus far, the situation looks contained, Barclays said in a note to clients on Friday. Short positions in stocks favored on the Reddit social media site total about $40 billion, which would limit the pain to a handful of hedge funds.

“The ongoing short squeeze in a few stocks by retail investors has raised concerns of a broader contagion. While we believe there is more pain to come, we remain optimistic that it is likely to remain localized,” Barclays said.

Unlike many previous Treasury secretaries, Yellen has only worked as an academic and for the government, not at a bank or trading firm.

Henry Paulson, a Republican who was U.S. Treasury secretary during the 2008 financial meltdown, sold half a billion dollars in stock from his former employer Goldman Sachs Group Inc to satisfy ethics concerns. Paulson later forced Goldman and other major banks to take billions of dollars in taxpayer capital at the depth of the financial crisis.

Steven Mnuchin, Yellen's immediate predecessor, pledged here after he was nominated to divest $94 million in investments, and refrain from any decisions involving CIT Group until August 2018, when he was due a payment of $5 million from the company.

“Yellen is going to be about as clean as you can get on this stuff,” Painter said.