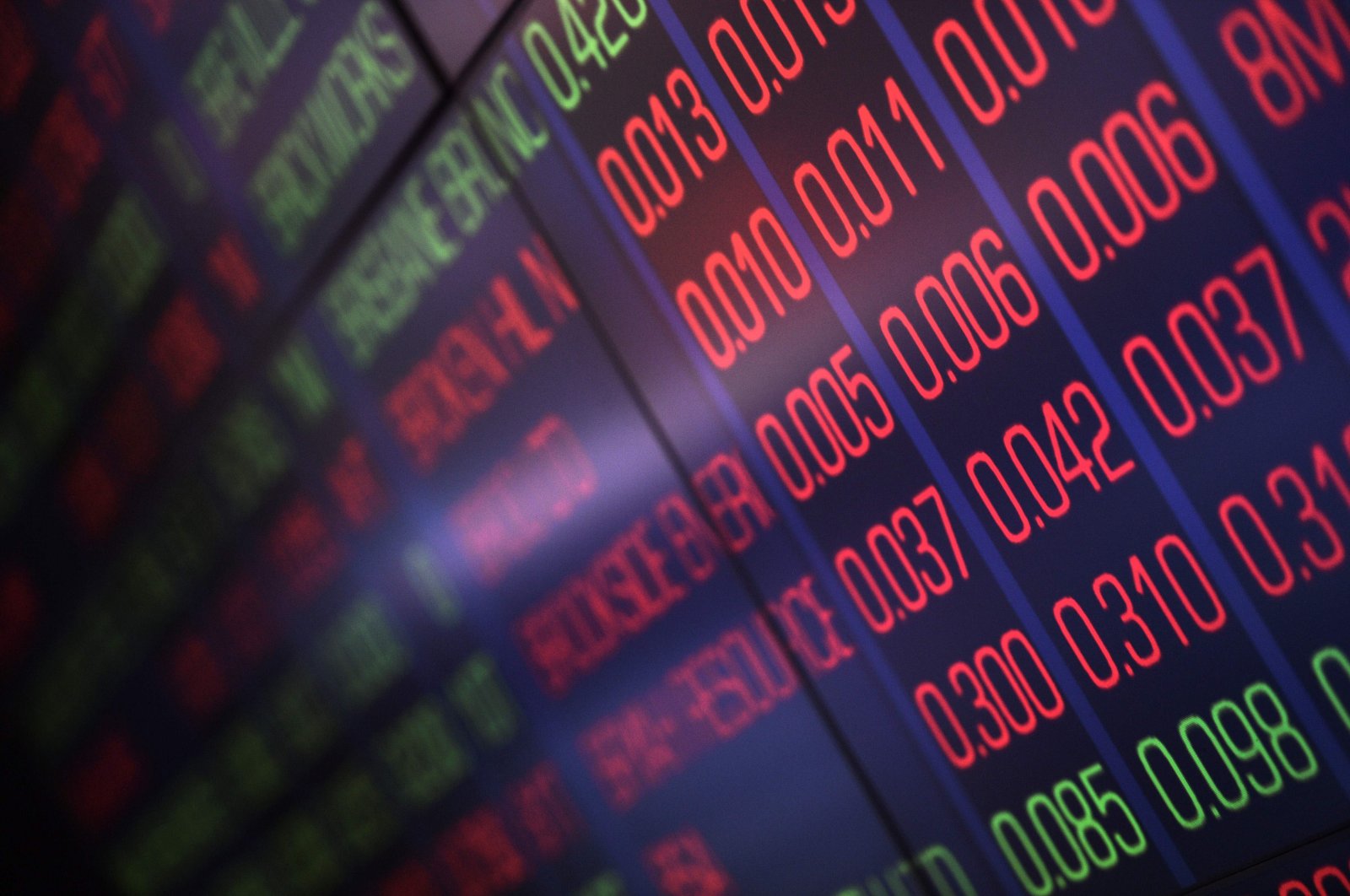 Share prices are displayed at the Australian Securites Exchange in Sydney, March 9, 2020. (AFP Photo)
by Compiled from Wire Services Mar 09, 2020 11:47 am
RECOMMENDED

Global stock markets plunged Monday after a squabble among oil producers jolted investors who already were on edge about the surging costs of a virus outbreak.

The main stock indexes in London and Frankfurt dropped by more 8% at the opening. Tokyo closed down 5.1% while Sydney lost 7.3% and Shanghai was off 3%.

The benchmark U.S. crude price fell as much as 30%, deepening a rout that began when Saudi Arabia, Russia and other major producers failed to agree on how much to cut output to prop up prices.

Investors usually welcome lower energy costs for businesses and consumers. But the abrupt plunge, amid anxiety over the coronavirus, rattled markets.

“Investors should brace for volatility,” James Trafford of Fidelity International said in a report.

A recovery in oil and stock prices “will require some stabilization in the coronavirus data points” or signs of agreement among crude producers, Trafford said.

In Saudi Arabia, the Riyadh stock exchange suspended trading of state-owned oil giant Saudi Aramco after its share price sank by the daily 10% limit at the opening.

Investors already were on edge about the mounting costs of the coronavirus outbreak that began in China and has disrupted world travel and trade.

Anxiety rose after Italy announced it was isolating cities and towns with some 16 million people, or more than one quarter of its population.

Shares of oil majors BP and Royal Dutch Shell down more than 20%. The top decliner on the STOXX 600 was Tullow Oil, with an eye-popping 57% drop. Europe's oil & gas index tumbled 7.3%.

Yields on benchmark British government bonds turned negative for the first time ever as panicked investors rushed to the safety of gilts to hedge against the feared economic shock of the coronavirus.

Companies have been hit by travel and other controls that are spreading worldwide as the global number of coronavirus infections rose past 110,000 worldwide.

Tokyo's Nikkei 225 fell to 19,698.76 after the government reported the economy contracted 7% in the October-December quarter, worse than the original estimate of a 6.3% decline. That was before the viral outbreak slammed tourism and travel but after a sales tax hike dented consumers' appetite for spending.

Chinese factories that make the world's smartphones, toys and other consumer goods are gradually reopening but aren't expected to return to normal production until at least April. That weighs on demand for imports of components and raw materials from China's Asian neighbors.

Apple Inc. says slowdowns in manufacturing iPhones in China will hurt its sales totals. An airline industry group says carriers could lose as much as $113 billion in potential ticket sales.

Adding to pessimism, China reported Saturday that its exports fell 17% and imports were off 4% from a year earlier in January and February after Beijing shut factories, offices and shops in the most severe anti-disease measures ever imposed.

Central banks worldwide have cut interest rates. But economists warn that while that might help to encourage consumer and corporate spending, it cannot reopen factories that are due to quarantines or a lack of workers and raw materials.

Investors are looking ahead to a meeting Thursday of the European Central Bank, which is widely expected to announce new stimulus measures.

The U.S. Federal Reserve's emergency 0.5% cut in its key lending rate failed to reverse the downturn and the yield on the 10-year Treasury, already at record lows, dropped to 0.47% from 0.7% late Friday.

The yield — the difference between a bond's market price and what investors will receive if they hold it to maturity — is an indicator of the market's outlook on the economy. Rising market prices that cause the yield to narrow indicate investors are shifting money into bonds as a safe haven.

“Global recession risks have risen,” Moody's Investors Service said in a report. “A sustained pullback in consumption, coupled with extended closures of businesses, would hurt earnings, drive layoffs and weigh on sentiment.”