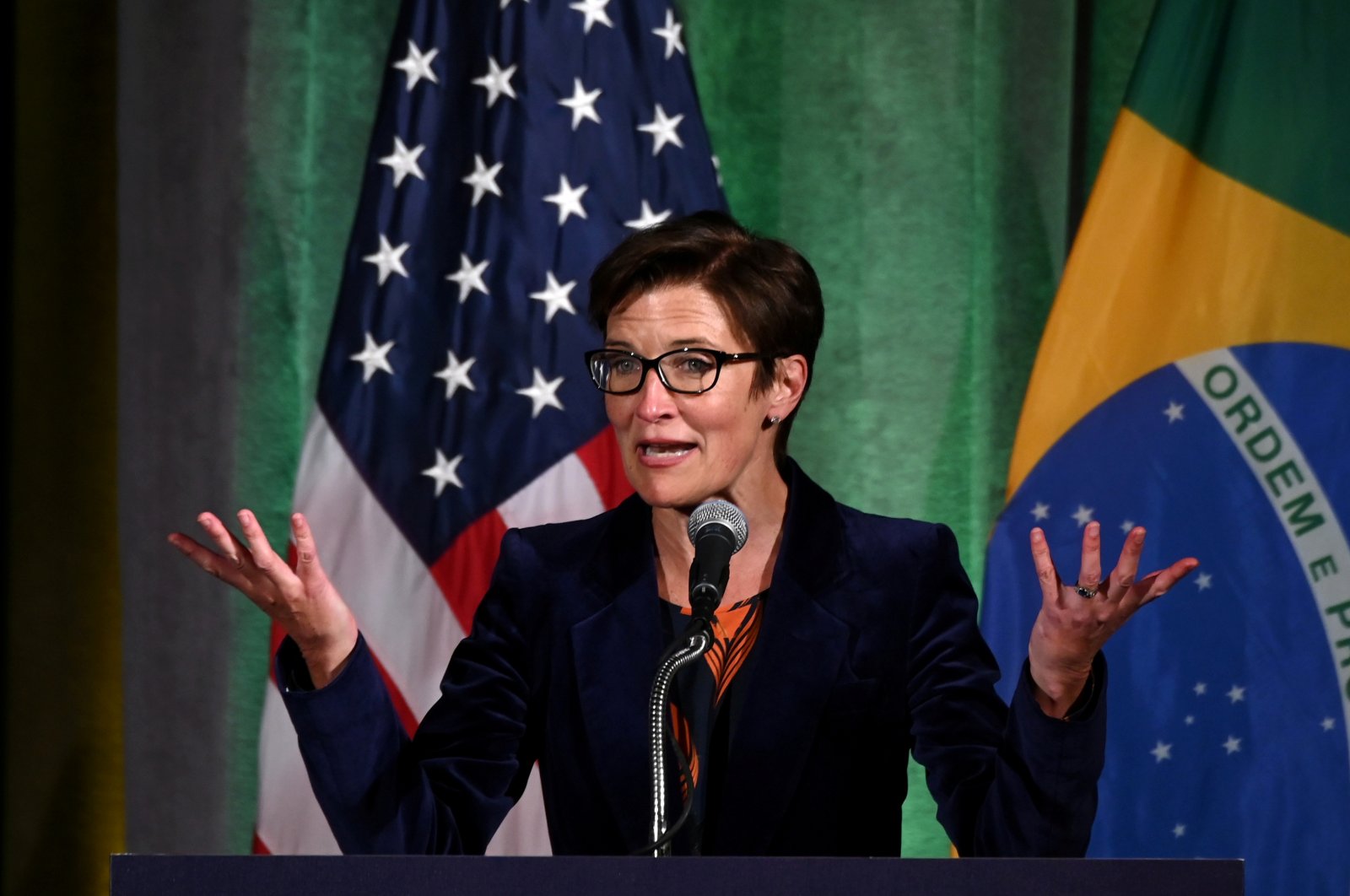 Citigroup’s Jane Fraser will become the first woman ever to lead a Wall Street bank when she succeeds CEO Michael Corbat in February.

Fraser has been with Citi for 16 years. She was overseeing business in 19 countries and previously led the bank's Latin America division.

"I have worked with Jane for many years and am proud to have her succeed me," Corbat said in a statement, noting that she will make an outstanding CEO "with her leadership, experience and values."

Corbat led Citigroup for eight years, rebuilding the company after it nearly collapsed during the Great Recession and 2008 financial crisis. Meanwhile, Fraser also took the lead in a time of great economic uncertainty brought by the coronavirus pandemic.

Fraser’s climb to the CEO role is a major accomplishment in an industry long dominated by men. It was 1972 when the Washington Post, then a Fortune 500 company, named Katherine Graham as its CEO. While progress for female leaders has been slow, 36 of the Fortune 500 companies are now run by women, including automaker General Motors Co., chocolate maker Hershey Co. and Northrop Grumman Corp., according to corporate governance services firm BoardEx.

But the male-dominated financial services industry has fared poorly. Even beyond the major banks, only four of the 200 largest public U.S. financial services companies – Synchrony Financial, Franklin Resources Inc, Nasdaq Inc and CIT Group Inc – have female CEOs, according to BoardEx.

Women are also underrepresented in CEO roles at financial firms when smaller companies are included. Of the 551 financial companies in the Russell 3000 index, 19, or 3.4%, are led by a woman, compared to 5.4% when counting all Russell 3000 companies, according to The Conference Board, a nonprofit representing corporations, and Esgauge, a data-mining firm.

The only sector with a lower representation of women as CEOs is real estate, where there are five female chief executives out of 196 companies, according to The Conference Board and Esgauge.

"These are really positions that women have not pursued because of the work-life balance. We have seen years and years of struggle for women who have to choose," said Charlotte Laurent-Ottomane, executive director of the Thirty Percent Coalition, which encourages diversity in corporate boardrooms.

CEO candidates typically come from roles in finance, operations or running a business line, where there are few women leaders, according to a study from accounting and consulting firm Deloitte.

Women have a higher representation in roles that historically have not been heavily recruited for the top job, such as in legal or human resources departments, according to the study.

Fraser, 53, has been a rising star in the financial industry, with a career that spans investment banking, wealth management, troubled mortgage workouts and strategy in Latin America – a key business for Citigroup. She was being groomed for the top job after she was elevated to Citigroup president last year.

Among the Citigroup board directors who tapped Fraser as CEO, eight of 17 are women, compared to about a quarter at most other U.S. banks.