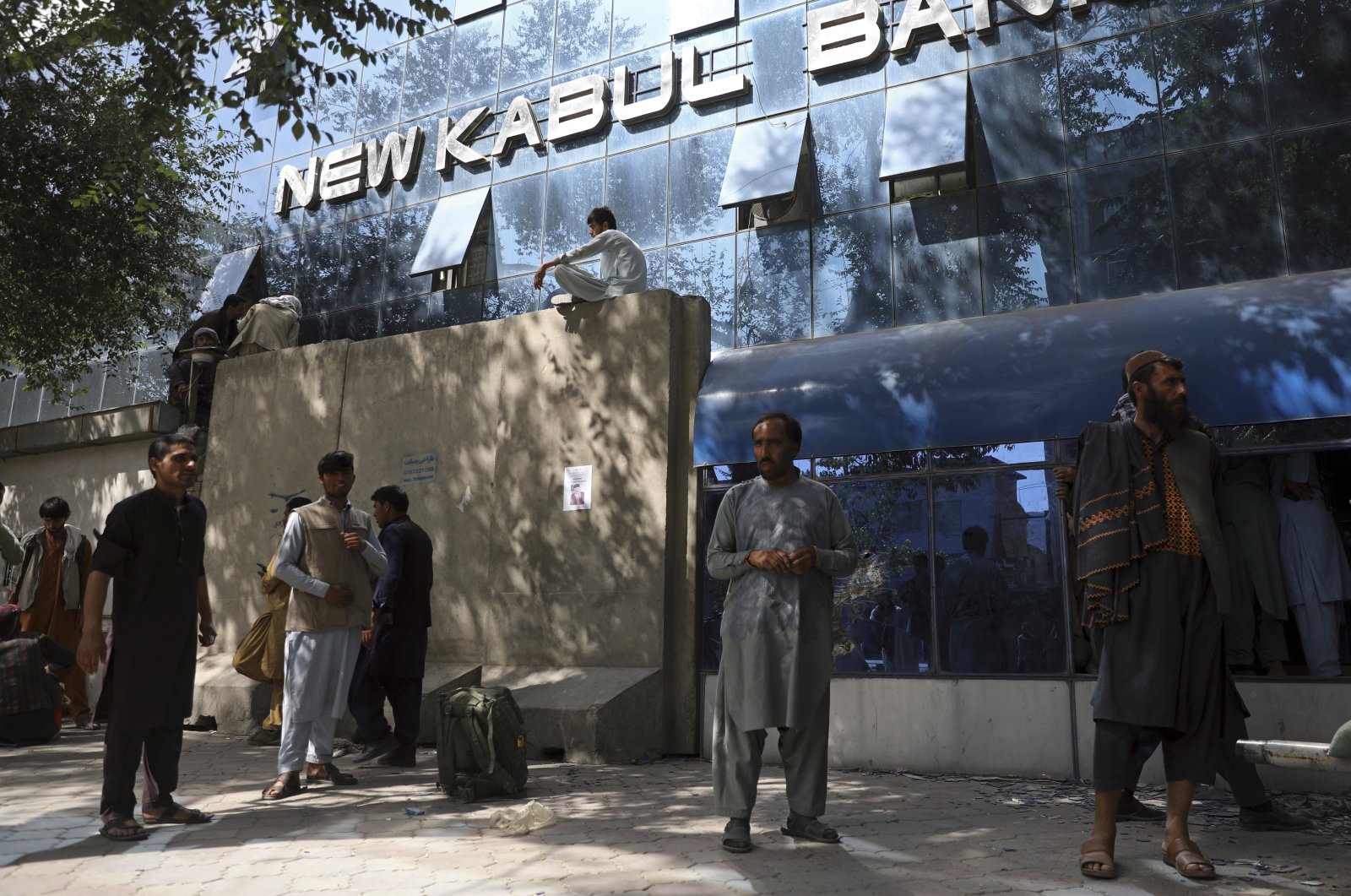 The Taliban took over Afghanistan with astonishing speed, but it appears unlikely that the militants will get quick access to most of the Afghan central bank’s roughly $10 billion in assets.

The country’s central bank, Da Afghanistan Bank (DAB), is thought to hold foreign currency, gold and other treasures in its vaults, according to an Afghan official.

Most of the assets are held outside Afghanistan, potentially putting most of them beyond the insurgents’ reach, leaving the country desperately low on dollars, according to Afghan officials, including the bank’s acting governor, Ajmal Ahmady, who has fled Kabul.

“Given that the Taliban are still on international sanction lists, it is expected that such assets will be frozen and not accessible to Taliban,” Ahmady said in a Twitter thread Wednesday.

“We can say the accessible funds to the Taliban are perhaps 0.1-0.2% of Afghanistan’s total international reserves. Not much,” he added.

Ahmady said Afghanistan’s supply of physical U.S. dollars “is close to zero” as the country did not receive a planned cash shipment amid the Taliban offensive that swept the country last week.

“The next shipment never arrived,” he wrote. “Seems like our partners had good intelligence as to what was going to happen.”

The Taliban, who now control Kabul, said Saturday that the treasury, public facilities and government offices were the property of the nation and “should be strictly guarded.”

The most recent financial statement posted online shows DAB holds total assets of about $10 billion, including $1.3 billion worth of gold reserves and $362 million in foreign currency cash reserves, based on currency conversion rates on June 21, the date of the report. Ahmady estimated total reserves stood at $9 billion last week.

Ahmady said he had been told Taliban were asking bank staff about the location of the assets but added that they should have foreseen it would be impossible to access them.

He now expects the local currency, the afghani, to fall as the central bank cannot supply enough dollars to local banks and for the Taliban to use capital controls to prevent outflows.

“Inflation will rise as currency pass-through is very high,” he said. “This will hurt the poor as food prices increase.”

The “Taliban won militarily – but now have to govern,” he wrote. “It is not easy.”

Central banks, especially in developing nations, often park their assets overseas with institutions such as the Federal Reserve Bank of New York (FRBNY) or the Bank of England (BoE).

DAB’s consolidated statement showed that the FRBNY held gold bars worth 101.77 billion afghanis – at the time $1.32 billion – on behalf of the Afghan central bank in its vaults by end-2020.

The DAB’s June statement also states that the bank-owned investments stand at $6.1 billion. The June report did not provide details of those investments, but a breakdown in the year-end report showed the majority were in the form of U.S. Treasury bonds and bills.

Investments were made through the International Bank for Reconstruction and Development (IBRD), an arm of the World Bank, or through the FRBNY and held in New York.

Among its smaller items are shares in an investment pool by the Bank for International Settlement (BIS), which is based in Switzerland, as well as the Economic Cooperation Organisation Trade and Development Bank in Turkey.

“As per international standards, most assets are held in safe, liquid assets such as Treasuries and gold,” Ahmady said on Twitter, confirming assets were all held at the Fed, BIS, through the World Bank program or other bank accounts.

Asked about the holdings, an FRBNY official said the bank does not acknowledge or discuss individual account holders but is generally in contact with U.S. government agencies to monitor events that may impact control of a foreign central bank.

“Any central bank assets the Afghan government have in the United States will not be made available to the Taliban,” an official in U.S. President Joe Biden’s administration told Reuters Wednesday.

The United States administration has already frozen Afghan government reserves held in American banks, according to a report published Tuesday.

DAB’s foreign currency cash holdings worth around $362 million are almost entirely U.S. dollars and were held at the bank's head offices and branches as well as the presidential palace, which is now in the hands of the Taliban.

The DAB’s year-end statement also details that just under $160 million worth of gold bars and silver coins were held at the bank's vault at the presidential palace.

The Afghan central bank’s vaults also contain a hoard of 2,000-year-old gold jewelry, ornaments and coins known as the Bactrian Treasure, according to UNESCO. The around 21,000 ancient artifacts were presumed lost until 2003, when they were found in a secret vault in the central bank’s basement, having survived the previous era of Taliban rule undiscovered.

Afghan lawmakers in January floated the idea of sending the treasures abroad for safekeeping, warning they were vulnerable to theft, local broadcaster Tolo News reported.

The International Monetary Fund (IMF) estimated the Afghan central bank’s international reserves at $9.5 billion in 2021 in its latest review published in June.

This translates into import cover of more than 15 months – well above the three months seen as a safe minimum.

A key question will be the handling of Afghanistan’s share of a pending $650 billion allocation of Special Drawing Rights (SDR) currency reserves to the fund’s 190 member countries on Aug. 23.

This distribution of SDRs, the fund’s unit of exchange based on dollars, euros, yen, sterling and yuan, aims to shore up the reserves of developing countries strained by the COVID-19 pandemic. IMF member Afghanistan is eligible for an allocation of about $455 million, based on its 0.07% quota shareholding in the fund.

The Taliban gaining access to those assets would be hard to digest in capitals around the globe, but not all countries have access to the SDRs they are allocated.

In 2019, the IMF suspended Venezuela’s SDR access after more than 50 member countries representing a majority of the fund's shareholding refused to recognize Nicolas Maduro’s government.

The fund has not responded to a request for comment on the pending SDR allocation to Afghanistan.

A source familiar with the matter said that IMF actions in such cases are guided by the views of its members. The IMF membership also has not reached a consensus on whether to recognize Myanmar's military leadership since they seized power in February.

“Not sure if that allocation will now proceed with respect to Afghanistan,” said acting Central Bank Governor Ahmady.