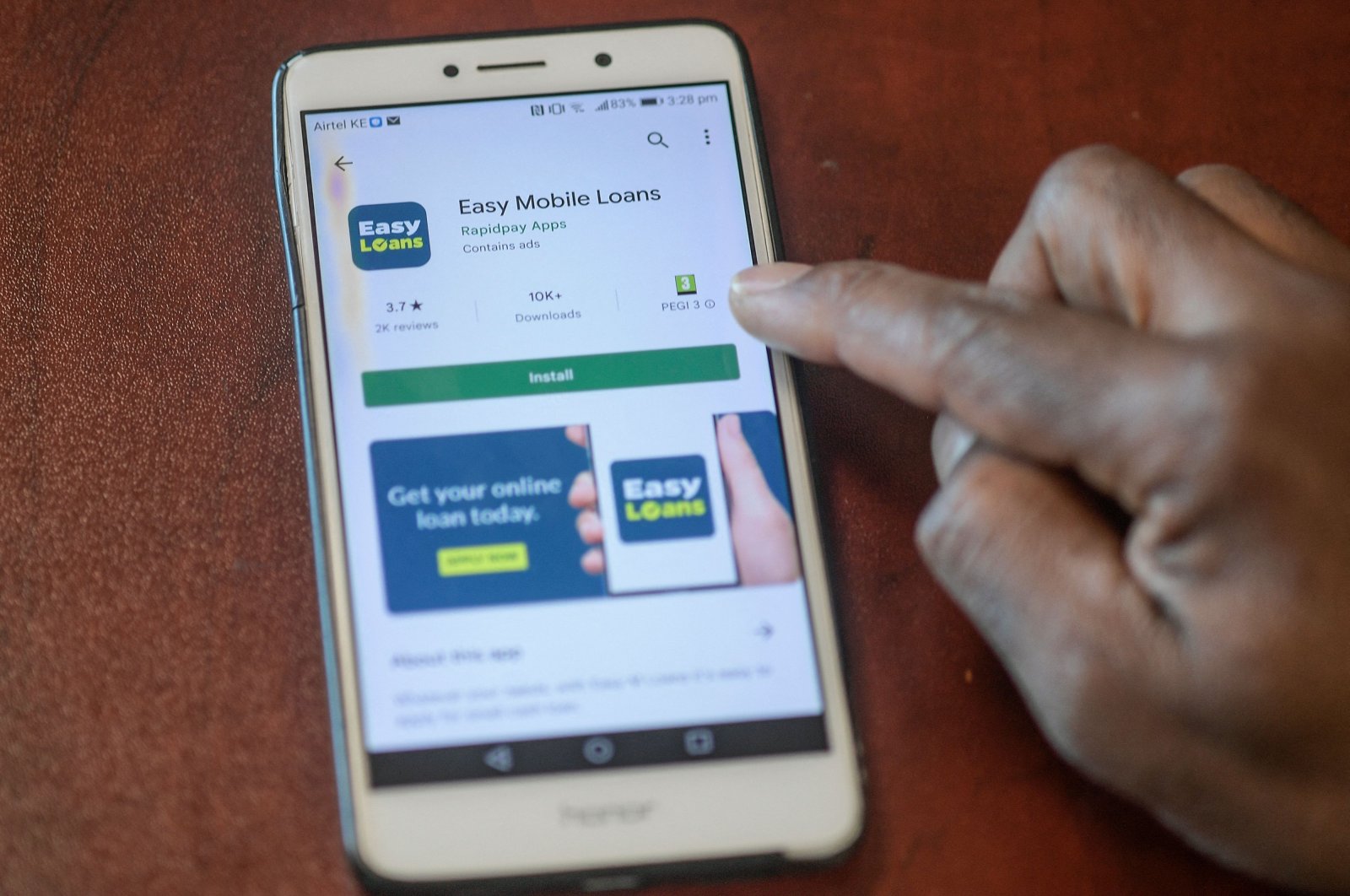 A man holds his smartphone with the display of different types of mobile loan lending service displayed on his screen, in this illustration photo taken in Nairobi, Dec. 8, 2021. (Photo by Simon MAINA / AFP)
by French Press Agency - AFP Dec 12, 2021 1:19 pm
RECOMMENDED

It only took Kenyan security guard Ambrose Kilonzo a few seconds and zero-collateral to secure a loan from a mobile app. But when he defaulted, lenders called his boss, putting his job at risk.

It is an ordeal experienced by many in Kenya, where a surge in digital lending has seen thousands of people swipe their way into debt via high-interest loans like the one taken by Kilonzo.

Although the apps promise quick and discreet cash to the unbanked, failure to repay usually results in public humiliation, with debt collectors calling the borrower's friends, family and even employers in a bid to shame them into paying up.

"This was like a top-up," the 38-year-old told the Agence France-Presse (AFP). "The way it was packaged, it was so easy to get the money. It wasn't a big deal."

With only 41% of the population having access to a bank account, according to 2019 data from the Central Bank of Kenya and the finance non-profit FSD Kenya, digital lending has boomed in the East African nation.

Its rapid growth has been fueled by a vibrant technology sector which includes success stories like Mpesa, a mobile money service created by telecom giant Safaricom and used by more than half of Kenya's population of 53 million.

The country boasted just five digital lenders in 2015. Today, it is home to over 100 apps including Silicon Valley-backed Tala, Chinese-owned Okash and Opesa that advance up to $60 million in loans per month.

But they are increasingly coming under scrutiny for predatory practices including sky-high interest rates of up to 400%. They are most notorious however for scraping data from borrowers' phones and using it to shame those who have failed to pay up.

When Patricia Kamene fell behind on her interest payments, her friends were hit with a barrage of calls by a debt collector.

The 24-year-old single mother's desperate need for cash led her to overlook the fine print after she lost her job as a supermarket attendant during the coronavirus pandemic.

"When you are staring at hunger and have nothing yet the apps will give you money, you take it without reading the terms," she told AFP.

But the easy access to funds comes at a price.

A middle-aged man took his own life in November 2019 after failure to pay his debts prompted the lender to contact his mother, grandmother and aunt.

His wife told officials at the central bank that he could not cope with the humiliation.

As public anger grows, the chairman of the Digital Lenders Association of Kenya (DLAK), Kevin Mutiso, insists that such practices are limited to "rogue lenders."

"Our sector has matured very quickly," he told AFP, pointing out that booming demand had led many lenders to outsource debt collection to third parties which sometimes behaved irresponsibly.

"DLAK signed a code of conduct saying that none of our members shall debt shame clients," said Mutiso, adding that they have run a campaign against rogue lenders and offered compensation to harassment victims.

Regulators have been scrambling to keep up, with the government passing a new law on Tuesday that allows the central bank to have oversight of all lenders, leaving open the possibility of a cap on interest rates offered by apps.

Central bank governor Patrick Njoroge has already sounded the alarm about the credit binge, warning parliament in July about the risks to the overall economy.

"There is a bit of chaos in the borrowing and lending patterns where people will probably go to three or four lenders borrowing from one to repay another and when they get into trouble the whole process collapses," Njoroge said.

For Kilonzo, the hustle and humiliation is no longer worth it.

"I have gone back to my banks and I'm trying to live within my means," he said.