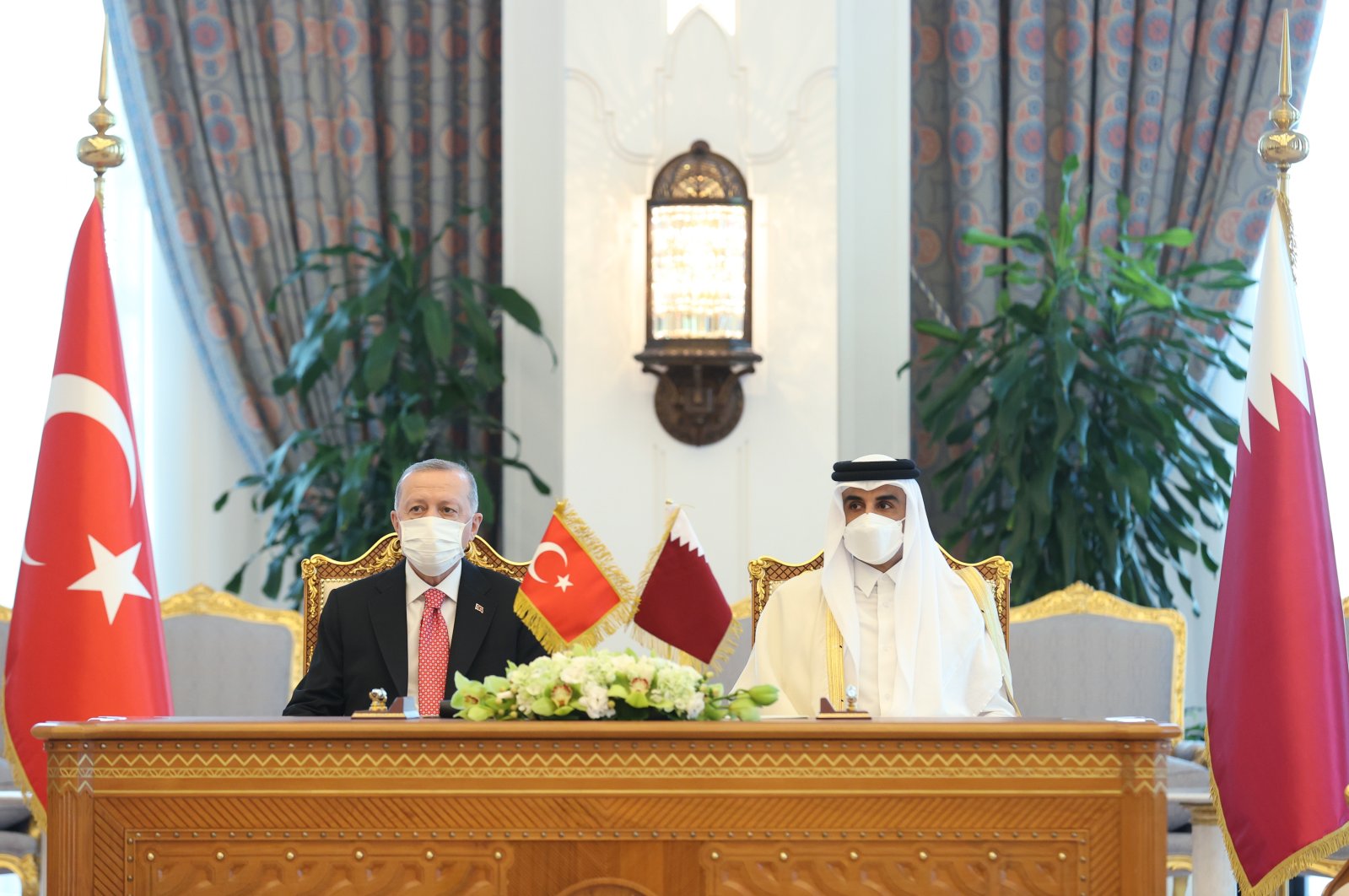 Turkey and Qatar have agreed to extend a currency swap agreement between their central banks for another three years, the two countries said in a joint statement on Tuesday.

Qatar and Turkey “welcomed the signing of the agreement on the extension and amendment of the Turkish lira-Qatari riyal currency exchange arrangement between the Central Bank of the Republic of Turkey (CBRT) and the Central Bank of Qatar,” the statement, released by the Qatari foreign ministry, said.

The agreement was tripled to $15 billion from $5 billion in May last year, bolstering Turkey’s foreign reserves.

The statement made no mention of expanding the amount of the deal. Turkey’s central bank last year received $10 billion from the currency swap agreement.

The extension came on the sidelines of President Recep Tayyip Erdoğan’s two-day visit to Qatar on Monday and Tuesday.

Ankara and Doha enjoy strong relations, particularly after the mid-2017 blockade of the Gulf country by three Arab states, including Saudi Arabia and the United Arab Emirates (UAE). The row was resolved last January.

Turkey and Qatar have strengthened military and economic ties in recent years.

“We do not separate the security and stability of Qatar from that of our own country,” Erdoğan said in a speech before departing Doha, mentioning Qatar’s contributions to “Turkey’s investment, employment, production and export-oriented growth.”

Saudi Arabia and the UAE have moved to mend ties with Ankara over the recent months, with Abu Dhabi taking more concrete steps than Riyadh.

The Turkish and Emirati central banks also signed a cooperation agreement. The banks were also reported to have been holding talks about a potential swap agreement.

The CBRT has previously sought swap deals with other countries as a source of hard currency to build reserves and support the Turkish lira.