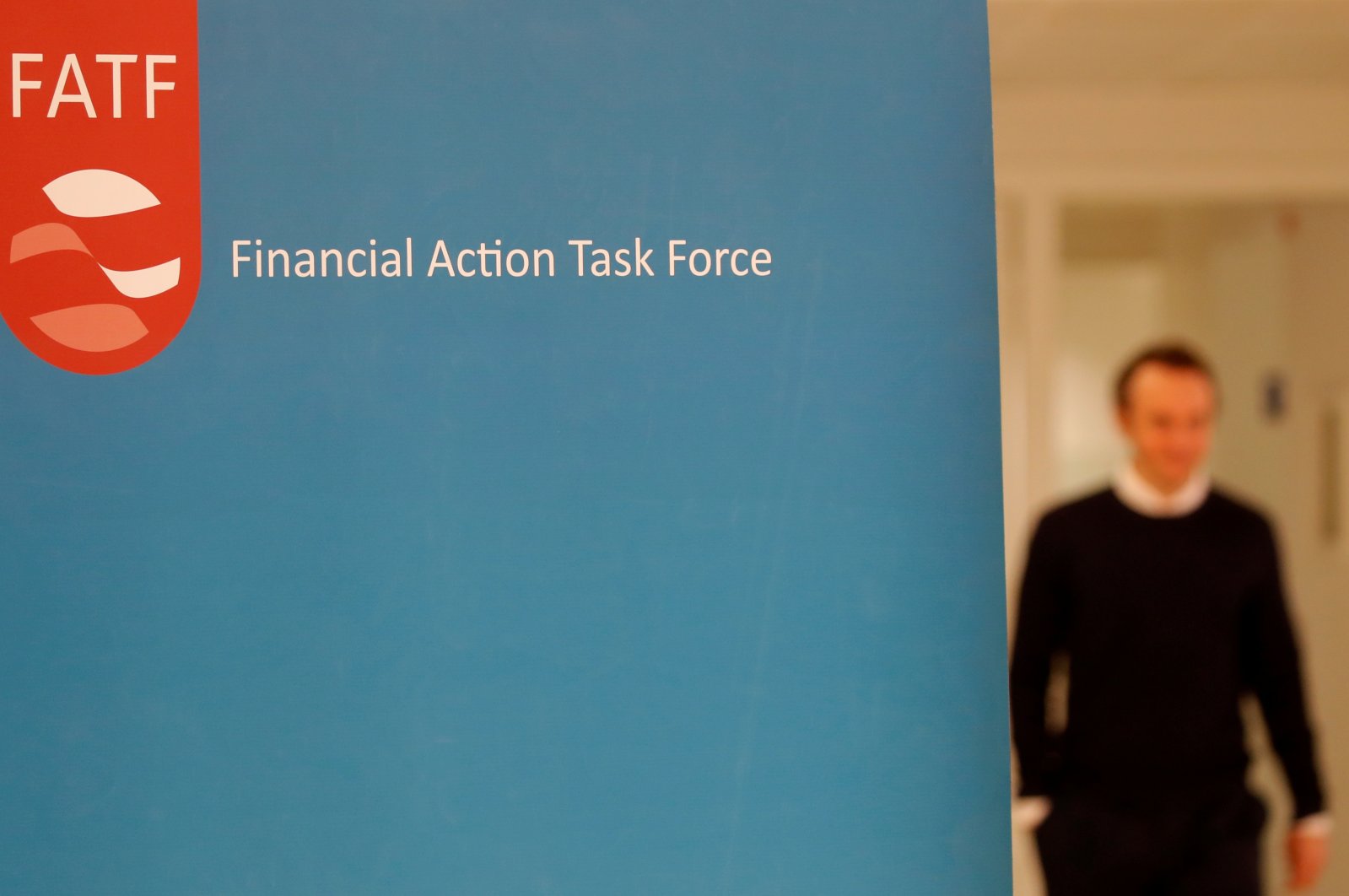 The logo of the Financial Action Task Force (FATF) is seen during a news conference after a plenary session at the OECD headquarters in Paris, France, Oct. 18, 2019. (Reuters Photo)
by DAILY SABAH WITH AGENCIES Oct 22, 2021 10:35 am
RECOMMENDED

A global watchdog added Turkey to its so-called “gray” monitoring list on Thursday, citing the country’s failure to avert money laundering, in a decision harshly criticized by Ankara, who claimed it was an "undeserved result" given the country's compliance efforts.

The Financial Action Task Force (FATF), set up by the G-7 group of advanced economies to protect the global financial system, also put Mali and Jordan on its increased monitoring list, the so-called gray list.

Citing improvements, it took Botswana and Mauritius off the list, which now includes 23 countries.

Turkey, the largest to be downgraded, needs to address “serious issues of supervision” in its banking and real estate sectors, and with gold and precious stones dealers, FATF head Marcus Pleyer told a news conference.

He said the countries have “all agreed action plans with the FATF and are actively working to address the strategic deficiencies identified in this system.”

Turkey’s government took exception to the group’s decision, calling it unfair and an “undeserved result,” given all of its compliance work.

“Despite coordination studies, putting our country on the gray list has created a result that is unwarranted,” the Treasury and Finance Ministry said in a statement.

The government “will continue to take necessary steps in cooperation with FATF and all related institutions and make sure that our country emerges from this listing that it does not deserve as soon as possible,” the statement read.

Turkey has been a member of the FATF since 1991. The ministry has emphasized that “the country has taken the necessary measures in the framework of regulations that are conducted in line with international standards.”

“Considering the report of FATF, Turkey introduced on December 27, 2020, a law preventing the financing of proliferation of weapons of mass destruction,” it has said. “Thus, it has made significant improvement in the four issues mentioned in the 2019 FATF Report that focused on financial sanctions, internal auditing and affiliates, and sanctions targeted in the field of the financing of terrorism and weapons of mass destruction.”

It has also noted that Turkey made notable progress in accordance with FATF standards during the pandemic despite quarantine measures and that it had fulfilled its obligations in these regulations.

In 2019, the FATF warned Turkey about “serious shortcomings” including the need to improve measures to freeze assets linked to terrorism and weapons of mass destruction proliferation.

Other FATF gray-listed countries include Pakistan, Morocco, Albania and Yemen.

The recommendations help the body’s more than 200 members around the world to go after the money of criminals dealing in illegal drugs, human trafficking and other crimes. The FATF also works to stop funding for weapons of mass destruction.

The organization requires the consensus of its members to move a nation to the list, though the precise number isn’t defined.