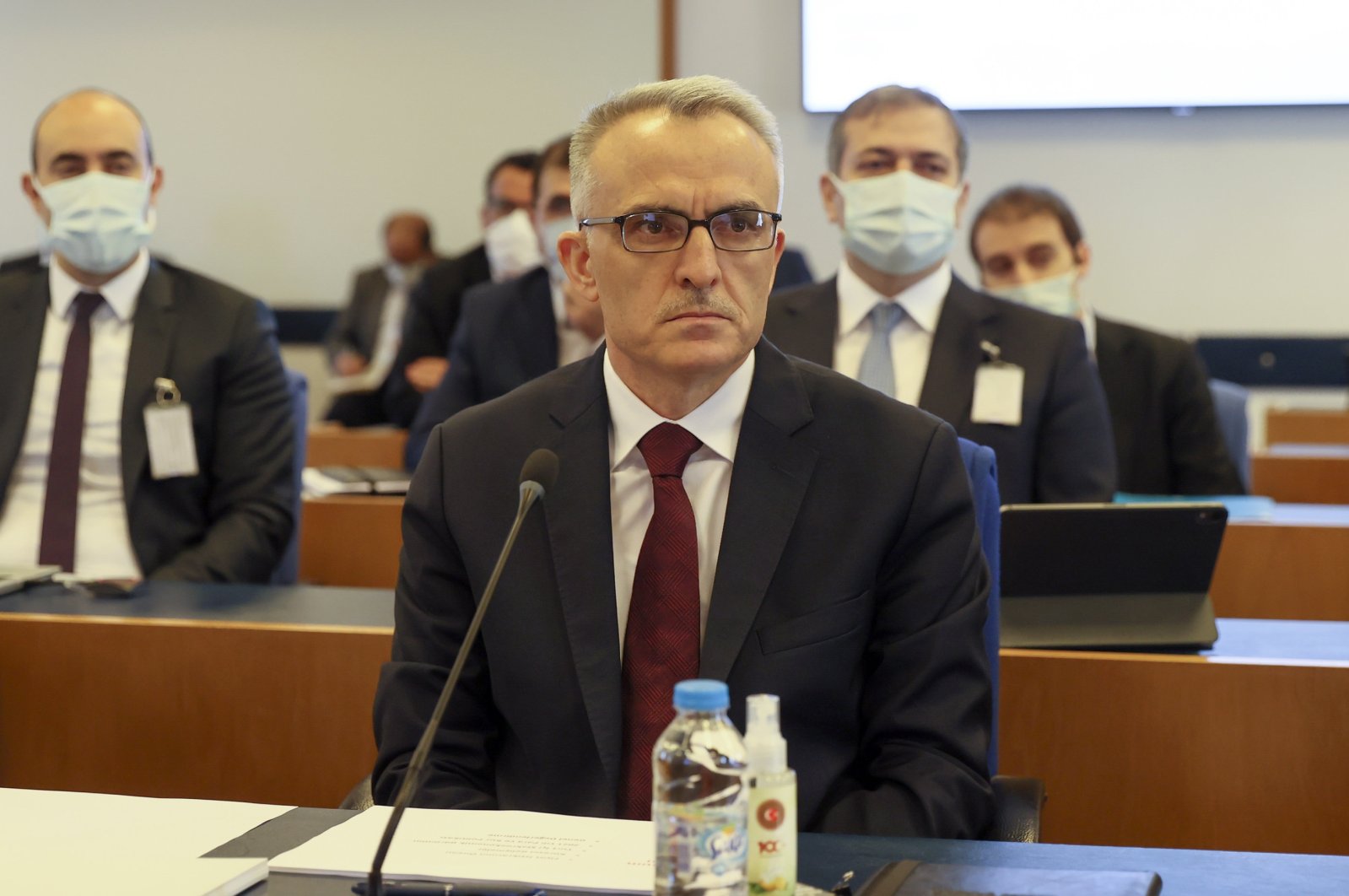 Ankara dismissed the head of the Central Bank of the Republic of Turkey’s (CBRT), Naci Ağbal, and replaced him with professor Şahap Kavcıoğlu, according to a presidential decree published Saturday in the Official Gazette.

The move came two days after the CBRT hiked its benchmark policy rate by 200 basis points to 19%, twice the market forecast in what it called a “front-loaded” move to head off rising inflation and support the Turkish lira.

Ağbal, a former finance minister, was appointed as governor in November. With his hawkish rhetoric against inflation, the CBRT tightened policy by 875 basis points since his appointment. The decree provided no reason for Ağbal's dismissal.

Shortly after the announcement, Ağbal thanked President Recep Tayyip Erdoğan for his appointment to the post, despite his short tenure.

“I would like to thank Mr. President for all the positions he has appointed me to, including the governorship of the central bank. I would like to express my gratitude over my dismissal today. I hope it will all be for the best,” Ağbal wrote on Twitter.

The new governor of the central bank, Kavcıoğlu, will assume the office effective immediately.

The former banker has publicly criticized Ağbal's hawkish policy. "While interest rates are close to zero in the world, opting for a rate hike for us will not solve economic problems," he wrote in a column in Yeni Şafak newspaper last month.

Rate hikes will "indirectly cause inflation to rise," he added, echoing Erdoğan's view on the matter.

Since Ağbal's appointment on Nov. 7, the lira had rebounded more than 15% from a record low beyond 8.50 to the dollar. Some $20 billion (TL 144.38 billion) in foreign funds also trickled into Turkish assets.

But even though Erdoğan appointed Ağbal as part of what he called a new market-friendly economic era, the president continued to urge lower rates.

Ağbal, also a longtime AK Party member and a former deputy from Kavcıoğlu's native Bayburt, had regularly repeated his determination to get inflation down to a 5% target by the end of 2023 and promised to hike again if needed.

"If you abandon a tight policy stance ... at an early stage, past experiences show that inflation moves upward again," Ağbal told Reuters last month in his first interview as governor.