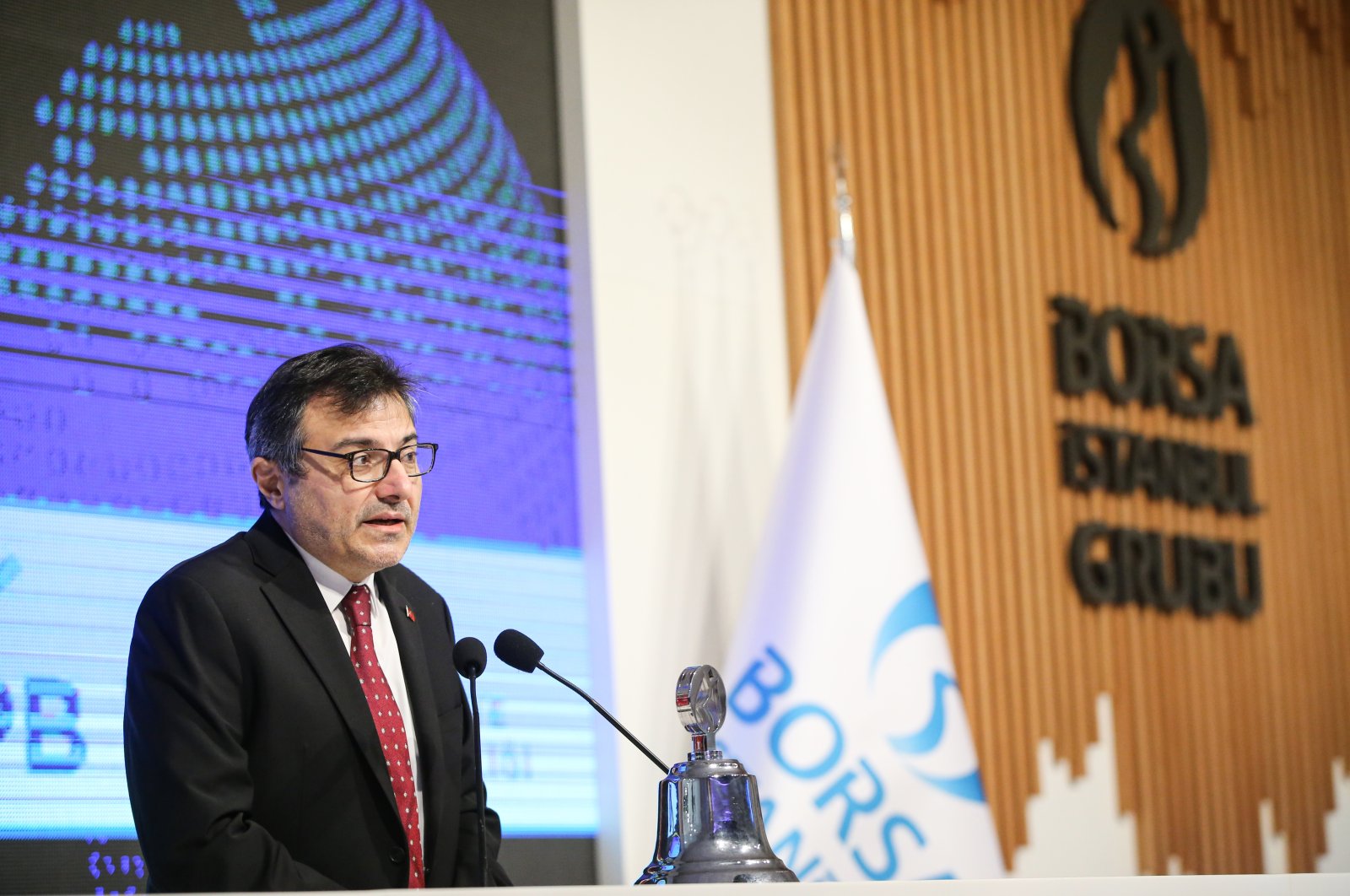 Turkey is focused on upgrading the segment of non-banking financial institutions in the finance sector, according to the head of the presidency's Finance Office.

President Recep Tayyip Erdoğan is determined on this issue and the office is working hard to improve the non-banking finance sector, including participation financing, Göksel Asan said Monday during the opening ceremony of World Investor Day, organized by the International Organization of Securities Commissions (IOSCO).

"We are looking at (the non-banking finance sector) in a much broader framework. We will also share new developments and arrangements about this with you over time," Asan said.

Touching on the Istanbul Finance Center project, he said the building is not aimed to be filled with banks.

"We want to fill it with non-banking segments as much as possible," he said.

He noted that the center is expected to be completed as of the second half of 2022.

The center will provide opportunities to develop Borsa Istanbul's relations with other exchange markets in Turkey's region, he added.

Ali Fuat Taşkesenlioğlu, chairman of the Capital Markets Board (SPK) of Turkey, said the number of domestic investors trading in Turkey's stock market has reached 1.9 million, an all-time high.

The search for alternative incomes, new public offerings and ease of transactions has seriously increased investor interest in the stock market, he stressed.

Hakan Atilla, the managing director of the Borsa Istanbul Stock Exchange (BIST), noted that a significant inflow of foreign investors was seen in Borsa Istanbul during the past week thanks to Erdoğan's positive messages last week.

Last Wednesday, Erdoğan vowed to open a new era to improve the investment climate in the country.

The president pledged that the new economic growth strategy would be based on stability and international investment.

He noted that the country was entering into a new period for both the economy and the judiciary and that the Parliament will prioritize new judiciary reform packages next year.

Following his speech, the U.S. dollar/Turkish lira exchange rate fell rapidly to below the 7.90 level from around 8.5 the previous week. It traded at 7.73 against the greenback at 10:15 a.m. local time Tuesday.

"We saw very serious volumes in our precious metals and diamond market due to the rise in gold and silver prices, driven by virus-related economic uncertainty," Atilla noted.

Erişah Arıcan, the chairperson of Borsa Istanbul, said an upward trend in the number of new investors in the stock exchange despite the economic shrinkage was pleasing.

"This carries great importance for the development and deepening of capital markets," Arıcan stressed.

Tevfik Eraslan, head of the Turkish Capital Markets Association (TSPB), stressed that this week, investing experts, sector representatives and academics will be sharing their experiences and information.