Turkey to back import-cutting investments via central bank credit package 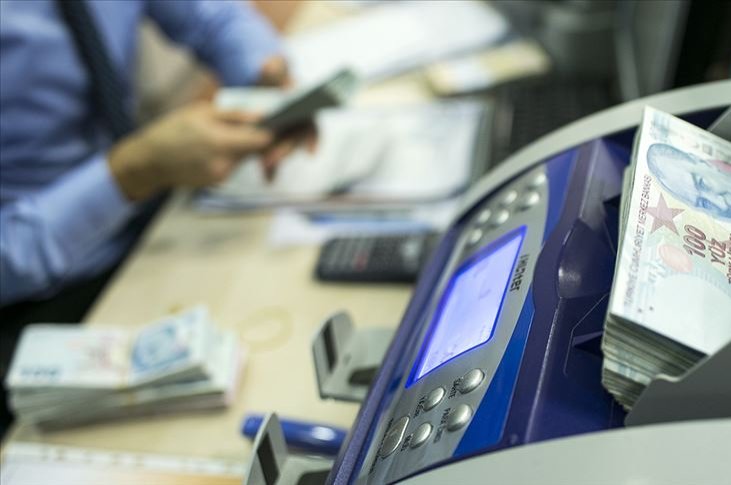 The limit for each company set to benefit from an investment loan is TL 400 million. (AA File Photo)
by DAILY SABAH WITH AA Jun 08, 2020 2:49 pm
RECOMMENDED

Turkey will continue to support investments that are set to increase exports while decreasing imports, Treasury and Finance Minister Berat Albayrak said Monday, speaking of the investment registered advance credit package announced by the Central Bank of the Republic of Turkey (CBRT).

Citing a recent announcement that the CBRT would start reallocating its Turkish lira rediscount credits for firms, Albayrak said a total of TL 400 million ($59 million) would be provided to companies with a maximum maturity of 10 years.

By the end of March, the bank announced that Turkish lira rediscount credits of up to TL 60 billion would be extended to exporting and FX-earning services to contain the adverse effects of the global uncertainty caused by the coronavirus pandemic.

In a statement on Friday, the central bank said the country's banking system had so far effectively met the credit needs for working capital.

The CBRT, in line with government efforts to reduce Turkey's dependence on imports, decided to reallocate TL 20 billion of the limit of Turkish lira rediscount credit facility as advance loans against investment commitment for more effective utilization to support investments in select critical sectors.

The remaining TL 40 billion limits of Turkish lira rediscount credits will continue to be extended through Turk Eximbank with an allocation of TL 20 billion, as well as through state-owned and other banks, with allocations of TL 10 billion each.

The companies that increase employment, contribute to the current account balance and carry out high added-value production will be offered with the support credit in Turkish lira with a fixed interest rate, the minister noted.

At first, loans will be extended through the Development and Investment Bank of Turkey. Other development and investment banks may get involved in the facility later.

According to a statement released by the Development and Investment Bank of Turkey, the bank aims for as many companies as possible to benefit from the support scheme which is bounded by TL 400 million for each company.

With the support package, the bank, in line with the targets of sustainable development in Turkey, provides loans for companies that support exports and reduce imports, decrease foreign dependence and reduce the current account deficit while increasing employment, productivity and investing in high value-added production, the statement noted.

The loan, which is open to the use of firms that have an Investment Incentive Certificate and will invest in priority sectors, protects the investor against the possible insecurities caused by fluctuations in the exchange rate with a maturity of up to 10 years and with a fixed interest rate.

The loan interest rate for banks will be 150 basis points lower than the bank's policy rate – the one-week repo rate.

İbrahim Öztop, general manager of the bank, whose views were included in the bank statement, noted that the pandemic, that is challenging Turkey and the world, has recalled the importance of development banking in such exceptional periods.

We created new financial instruments that will support the real sector even stronger with the Turkey Development Fund, he said, noting: “We stepped into the year 2020 with a strong motivation to lead to superior investment in employment, import substitution and domestic investment.”

“The value of development banking, which contributes to the formation of country economies that are robust and resistant to unforeseen risks, has become even more evident in these difficult days,” he noted.