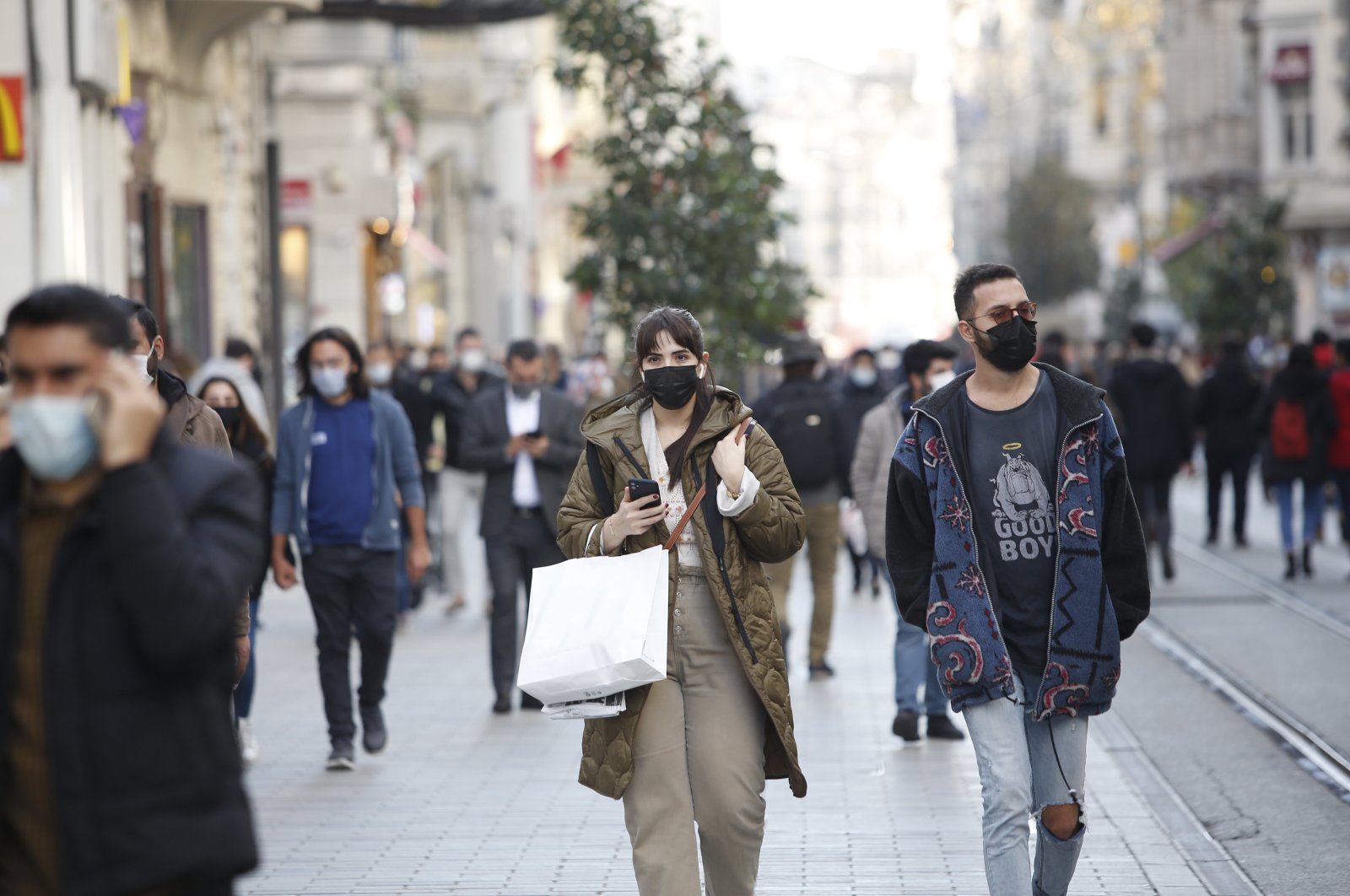 The Central Bank of the Republic of Turkey (CBRT) on Thursday sharply hiked its key policy rate – the one-week repo rate – by 200 basis points to 17% from 15%, in a slightly larger move than expected as it aims to cool inflation and dollarization and bolster credibility under its new governor, Naci Ağbal.

The bank repeated its intention to decisively maintain a tight policy to achieve a permanent fall in double-digit price rises.

The tightening follows a hefty hike of 475 points last month, which was Ağbal's first move after taking the reins in a surprise leadership overhaul in which President Tayyip Erdoğan pledged a new market-friendly economic era.

Economists predicted a 150-point rise in a Reuters poll and called it a test of the bank's independence.

The median forecast by 21 economists surveyed by Anadolu Agency (AA) last Friday was a rise in the one-week repo rate of 150 base points, 1.5 percentage points.

The statement issued after Ağbal's second monthly central bank policy meeting Thursday focused heavily on fighting inflation. Consumer prices in Turkey rose 2.3% month-on-month in November, according to data from the Turkish Statistical Institute (TurkStat), compared with an average market expectation of around 1%. In October, the annual inflation stood at 11.89%. Inflation had hovered near 12% since the beginning of the year.

The bank "has decided to implement a strong monetary tightening, in order to eliminate risks to the inflation outlook, contain inflation expectations and restore the disinflation process as soon as possible," it said in a statement.

"In the forthcoming period, tightness of the monetary policy stance will be decisively sustained until strong indicators point to a permanent fall in inflation in line with the targets and to price stability," it added.

The statement emphasized that the national income data and indicators for the last quarter point to a strong course in economic activity, “However, restrictions imposed due to the increasing number of cases create uncertainty regarding the short-term outlook of economic activity, especially in the services sector.”

It said the domestic demand conditions, cumulative cost effects, especially the exchange rate, rise in international food and other commodity prices and deterioration in inflation expectations continue to negatively affect pricing behavior and the inflation outlook.

“It has been evaluated that establishing a low inflation environment permanently will positively affect macroeconomic and financial stability through the decrease in country risk premiums, the initiation of reverse currency substitution, the trend of increasing foreign exchange reserves and the permanent decline in financing costs,” the statement also said.

The lira gained more than half a percent in value and was trading at around 7.59 against the U.S. dollar minutes after the rate decision.

Ağbal said last week that the risk of upward inflation will require a tight and decisive monetary policy stance in 2021, adding that it will be tightened if needed.

The CBRT governor, who took office in early November, told reporters and economists on Dec. 16 that the central bank was determined to meet its inflation forecast for end-2021 of 9.4%. He said the goal for 2023 was to achieve its long-held target of 5%.

Ağbal emphasized that the bank's main policy tool will be the one-week repo rate and the interest rate corridor that is used to limit intraday volatility in overnight interest rates and the Late Liquidity Window that performs the CBRT's role as a lender of last resort will not be utilized as monetary policy instruments except for their above-mentioned functions.

On Nov 19, the bank announced that it decided to start providing funding via quantity repo auctions with one-week maturity in order to simplify the operational framework of monetary policy.

Markets have responded positively to Ağbal and his promise for a more orthodox, tighter policy. The lira has strengthened against the dollar since then, following a monthslong plunge due to concerns over the central bank reserves, and the COVID-19 pandemic's effects on the economy.

Commenting on the rate decision, Enver Erkan, an economist at Istanbul-based private investment firm Tera Yatırım, said that since inflation risks will continue for a while, the central bank has positioned the interest rate at a safe level.

“When we look at the general trend of inflation and current price and cost developments, we see that there are additional risks. The pass-through factor caused by the depreciation of the Turkish lira, the increase in oil and commodity prices and the rapid increase in food prices due to seasonal conditions are effective in both the current rise and the additional increases that can be seen,” he said in a note.

He continued that the CBRT is expected to keep financial conditions tight at the "least current" levels in the first half of the new year, in the process of combating inflation and adhering to a simple monetary policy.

“The purpose of this policy is a process in which the growth of credit is balanced by slowing down, the risks arising from excessive credit growth are alleviated and the enabling of the Turkish lira to stabilize contributes to the inflation decrease,” he said.