'Turkey's cryptocurrency law must be enacted as soon as possible' 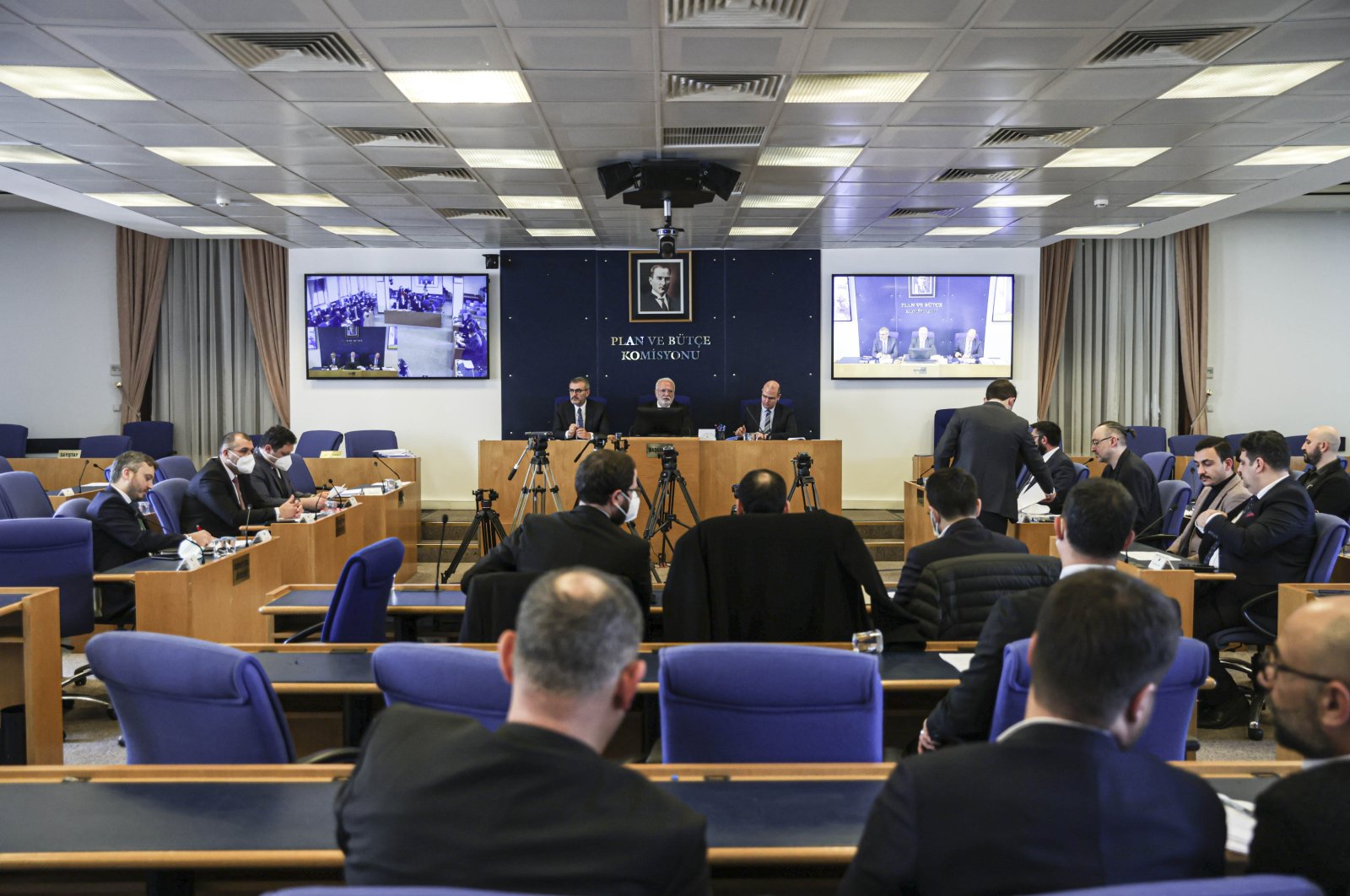 A meeting is held at the Turkish Parliament to discuss the country's new cryptocurrency law with the participation of cryptocurrency market stakeholders and representatives of public institutions, Ankara, Turkey, Dec. 30, 2021. (AA Photo)
by DAILY SABAH Dec 30, 2021 12:27 pm
RECOMMENDED

Turkey continues to take steps regarding cryptocurrencies, which have become a matter of concern for many governments and central banks, after President Recep Tayyip Erdoğan said Friday that the law on cryptocurrency is ready.

A meeting was held on Thursday in the Turkish Parliament to discuss the country's new cryptocurrency law with the participation of cryptocurrency market stakeholders and representatives of public institutions such as the Technology and Infrastructure Ministry, the Treasury and Finance Ministry, the Turkish banking watchdog Banking Regulation and Supervision Agency (BDDK), Turkey's Financial Crimes Investigation Board (MASAK), the Revenue Administration and the central bank.

Speaking to the press after the meeting, ruling Justice and Development Party (AK Party) Group Deputy Chairperson Mustafa Elitaş said, "The common opinion of the participants is that the law must be enacted as soon as possible."

Stating that the issue of removing the obstacles for the system was discussed at the meeting, Elitaş said: "The representatives expressed the drawbacks about going and returning from abroad, and an arrangement needs to be made for these. Determinations should be made in this regard so that new grievances do not arise. There is a market volume of $2 billion-$3 billion, and there are between 5 million and 14 million players and investors in this market. There may be manipulations, but legal regulation is clearly needed to prevent them."

“There has been very rapid development around the world over the past 10 years regarding cryptocurrencies that entered our lives in 2010. While various countries are trying to keep up, seven or eight countries have issued legal regulations on cryptocurrencies for now,” he said.

Emphasizing that the law will not be detailed but instead a general regulation, Elitaş said that they are planning to prepare a text that can keep up with changes.

"Cryptocurrency representatives said that there should be a tax for this system," said Elitaş, adding that they talked about how the system would run smoothly in the meeting.

Asked if there are drawbacks to the cryptocurrency law, Elitaş said, "Participants have concerns about preventing entry and exit to foreign markets and legal protection."

While the experts on the subject presented their ideas and suggestions on the regulation at the meeting, the new regulation is expected to bring some changes to the Capital Market Law.