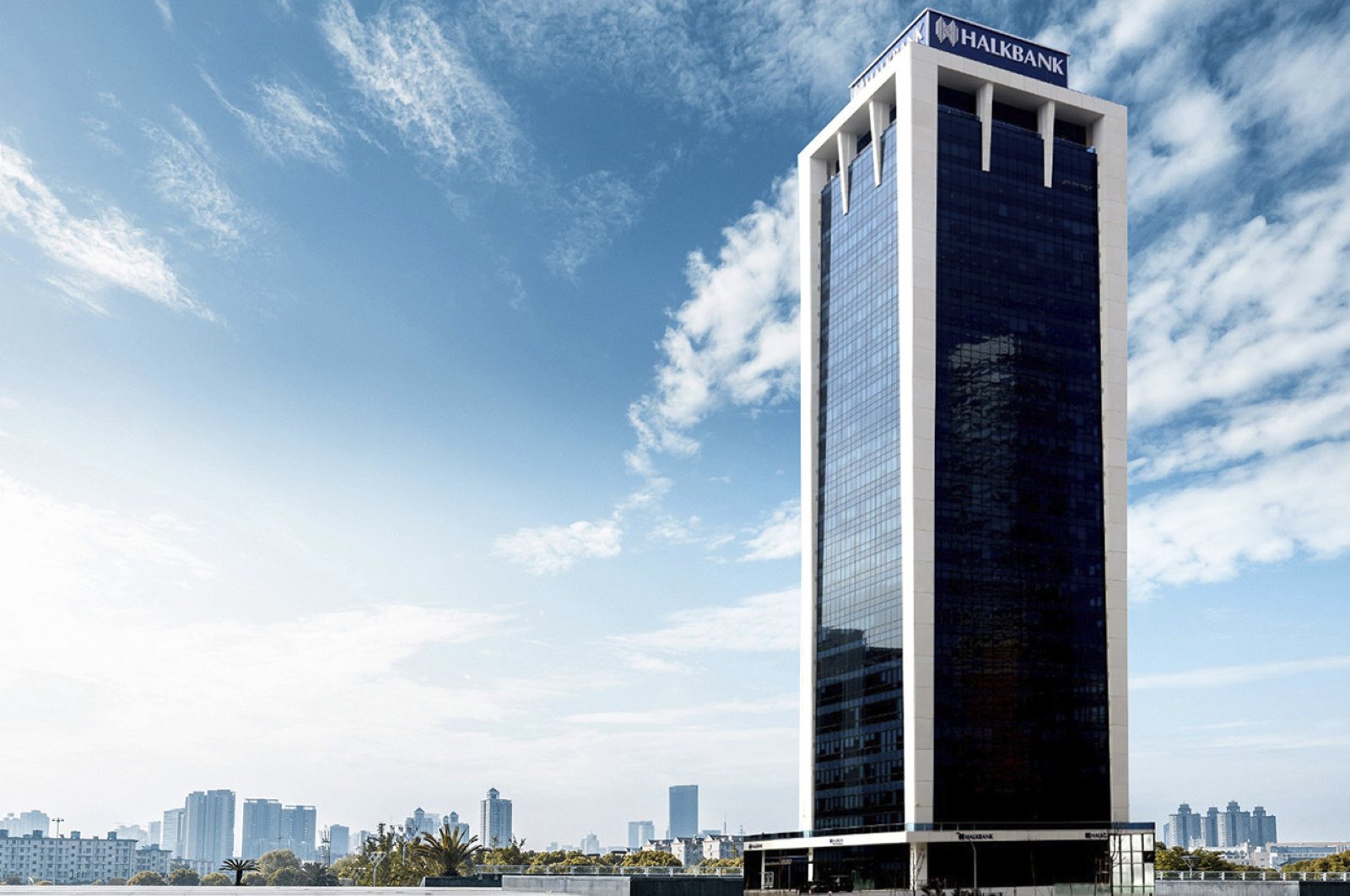 The headquarters of Turkey's public Halkbank in the Ataşehir district of Istanbul. (File Photo)
by Oktay Özdabakoğlu May 17, 2020 2:20 pm
RECOMMENDED

Turkey’s public banks, which have kept their credit channels open in a bid to ease the economic burden the coronavirus has wrought on customers, increased their profits by 111% in the first quarter of the year, while the profits of several private banks decreased during the same period.

According to data gathered by the Banking Regulation and Supervision Agency (BDDK), the first-quarter profit of the banking sector in general increased by 26.2% compared to the same period of 2019, reaching TL 15.7 billion ($2.27 billion).

The profit of public banks, namely Ziraat, Halkbank and Vakıfbank, increased by 111.3%, reaching TL 4.4 billion. Over this period, the profit of foreign banks in the country increased by 0.7% to reach TL 4.1 billion, while the domestic private banks’ profit increased by 9% to TL 4.9 billion.

Ziraat Bank, presiding over a profit of TL 1.8 billion following a 70% increase in the first quarter, became the sector leader in terms of profitability. Halkbank increased its profit by 170% to TL 825.1 million, while Vakıfbank increased by 163% to TL 1.7 billion.

The interest rate cuts and a decrease in funding costs reflected positively on the state bank's profitability too, which initially stepped up for credit expansion. Meanwhile, within the same period, the profit of private banks, Garanti Bank, Akbank, Yapı Kredi and İş Bank also decreased.

Public banks also led to the growth of Turkish lira-denominated loans in the first three months of the year. While the sector's volume of Turkish lira-denominated loans increased by 19% as of the end of March, this rate exceeded 30% in public banks. The banks’ credit volume increased by TL 207 billion starting in the second week of March when the first coronavirus case emerged in the country to May 8, while some TL 165 billion of this increase was undertaken by the three public banks. In this period, the loan volume of domestic private banks and foreign banks both increased by TL 21 billion.