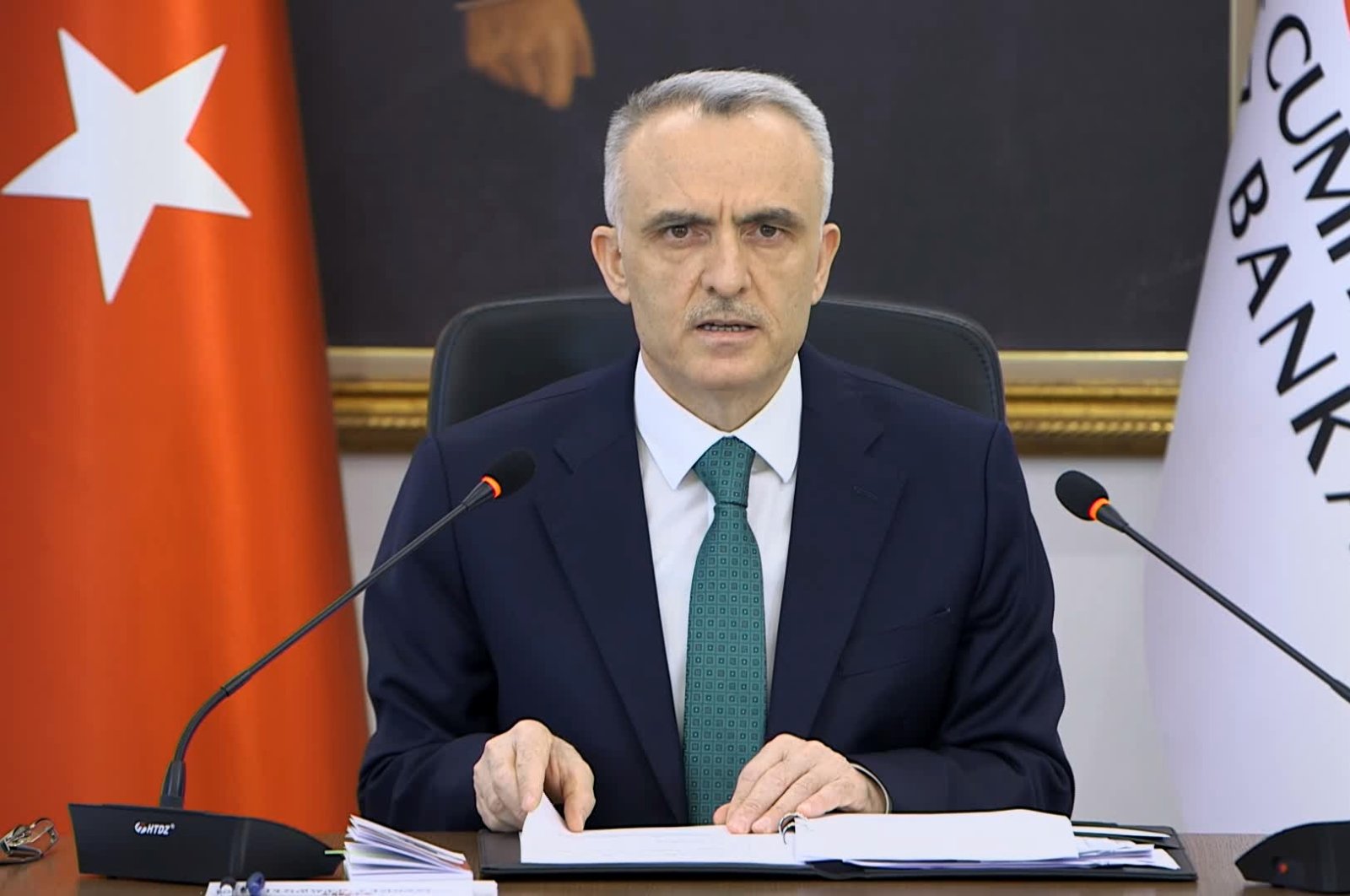 Turkey will continue to pursue a tight monetary policy in 2021 until inflation falls in a lasting way, newly appointed Central Bank of the Republic of Turkey (CBRT) Governor Naci Ağbal said Wednesday, adding that the bank could tighten it further if necessary.

Ağbal, who took office in early November, told reporters and economists that the central bank was determined to meet its inflation forecast for end-2021 of 9.4%. He said the goal for 2023 was to achieve its long-held target of 5%.

“We are determined to achieve disinflation,” Ağbal said.

In the near term, the 9.4% inflation forecast target for the end of 2021 is an intermediate target that must be followed and achieved, Ağbal said.

Ağbal emphasized that the bank's main policy tool will be the one-week repo rate and the interest rate corridor that is used to limit intraday volatility in overnight interest rates and the Late Liquidty Window that performs the CBRT's role as a lender of last resort will not be utilized as monetary policy instruments except for their above-mentioned functions.

On Nov 19, the bank announced that it decided to start providing funding via quantity repo auctions with one-week maturity, in order to simplify the operational framework of monetary policy.

Inflation trends showed that the lira’s exchange rate continued to create an upside risk on inflation, he added.

Last month the bank hiked rates by 475 basis points to 15% in its sharpest monetary tightening in more than two years, but surging prices in November pushed annual inflation up to 14%, putting more pressure on the bank, which will hold another rates-setting meeting next week.

Consumer prices in Turkey rose 2.3% month-on-month in November, according to data from the Turkish Statistical Institute (TurkStat), compared with an average market expectation of around 1%. In October, the annual inflation stood at 11.89%. Inflation had hovered near 12% since the beginning of the year.

The lira has hit a series of record lows against the U.S. dollar this year but has recovered some ground in recent days.

The Turkish lira strengthened on Wednesday following the governor's remarks. The lira rose 0.6% to trade at 7.7812 per dollar, hitting its highest level in almost two weeks. "An interest rate hike next week might be in the cards, which is something the market is taking as a positive signal," Jakob Christensen, head of EM research at Danske Bank, told Reuters.

The central bank governor also said that the CBRT will share a detailed road map for rebuilding its foreign currency reserves gradually next year, with purchases depending on supply and demand.

"Rediscount credits will continue to provide support. We expect it to be $21 billion in 2021. We will use other tools for the purpose of reserve accumulation within a transparent plan and under suitable conditions," Ağbal said.

"The CBRT will not buy or sell foreign exchange to determine the level or direction of the exchange rates," he also said.

Emphasizing that the CBRT's aim to accumulate foreign exchange reserves and the exchange rate level would not be correlated which is created by the floating exchange rate regime that Turkey will maintain, Ağbal said: “We will closely monitor the developments in reverse dollarization and reverse currency substitution along with the continuity of foreign savings arrival in Turkey.”

The rapid and permanent reduction of inflation and maintaining price stability are once again top priorities, Ağbal said, and “as long as we achieve this goal, the country's risk premium will decrease and this will positively affect the expectations about the economy, the appeal of Turkish lira assets will increase.”

Reserve requirements and other Turkish lira and foreign currency liquidity instruments will be used effectively in order to ensure the smooth functioning of the monetary transmission mechanism and to limit risks to macro-financial stability.

The governor highlighted that the bank will continue swap transactions to contribute to foreign exchange and liquidity management of lenders.

"However, it is predicted that the use of swap facilities provided to lenders may gradually decrease during the year according to market conditions," Ağbal said, adding: "This has an importance in terms of transforming the balance sheet structure of the CBRT into a more sound one."

Pledges to the new era in Turkey’s economy and the steps regarding this decreases the country’s risk premium indicators and shows increasing confidence in the Turkish lira assets.

In parallel with the change in economic management and the reform process initiated by President Recep Tayyip Erdoğan, a significant improvement has been experienced on the Credit Default Swaps (CDS) side, which is the country's risk premium indicator.

Turkey’s five-year CDS premium, which closed in October with 548 basis points (bps) and has entered a downward trend since then, is now around 354 bps.

It is noteworthy that the decline in the CDS indicator, which is important for the continued interest in Turkish lira assets, has reached 194 bps since October-end.

“As a result, Turkey's risk premium has dropped significantly since the end of October,” Ülkü said.

Enver Erkan, an economist at Tera Yatırım, also said in a statement that the CBRT has built confidence in two important ways: “We see that in an economic environment where inflation risks are taken into account, policies will be tight enough and serious work will be done to support reserves.

"It was an important direction to pursue a tight monetary policy in 2021 and to make additional tightening if necessary, and to state that the policies will continue in this way until serious indicators are obtained that the decline in inflation becomes evident. We can say that the central bank has built up confidence in this regard in terms of forward-looking guidance,” he said.

Adherence to orthodox monetary policies is also important, Erkan emphasized, as Ağbal put an end to the complexity of different instruments and channels that constitute the funding rate in the very first Monetary Policy Committee (MPC) after taking office.