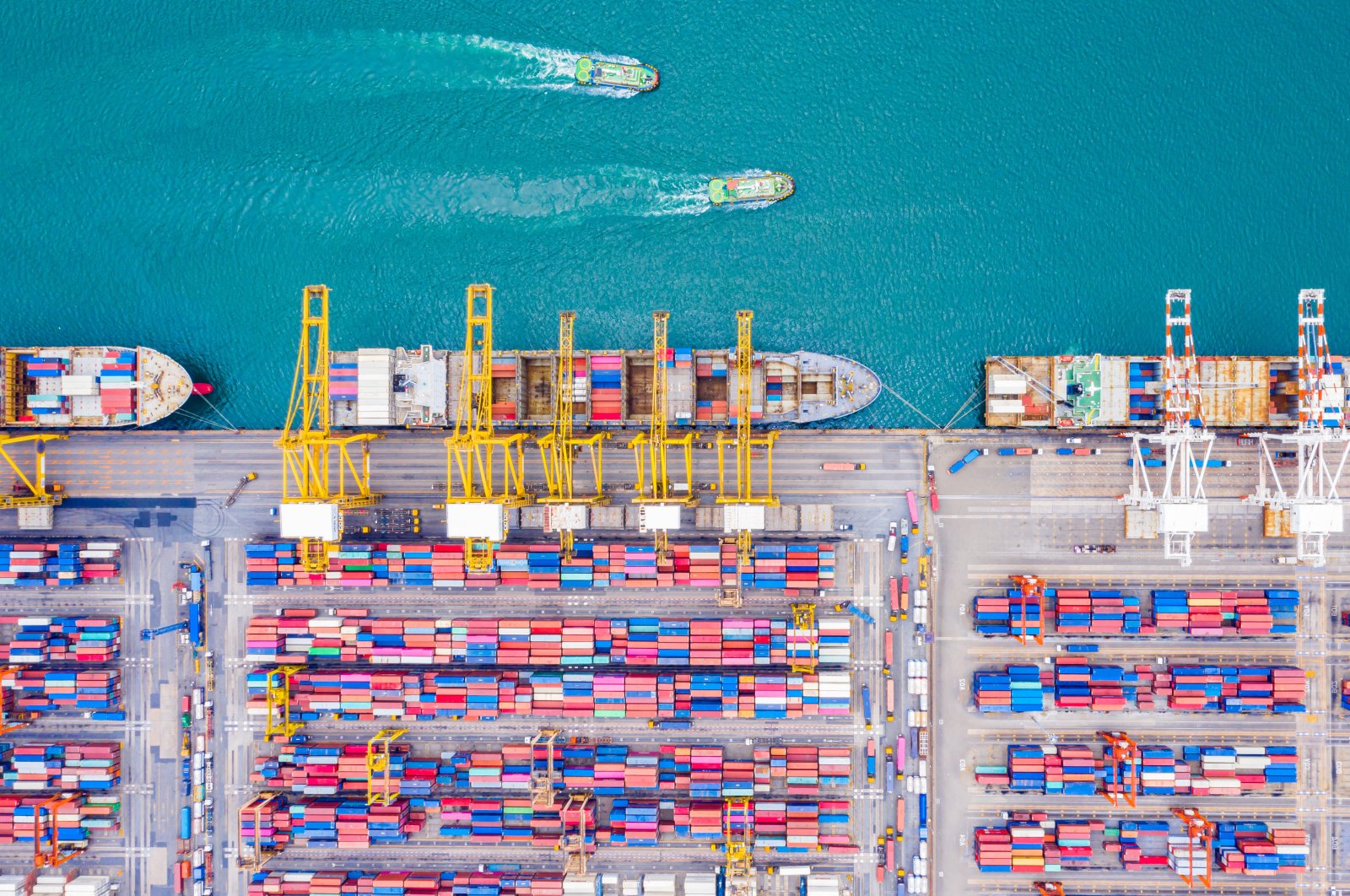 As part of the cooperation between the Turkish Exporters' Assembly (TIM) and a Turkish private-lender Iş Bank, exporters will be provided a credit package of up to $500 million (TL 3.5 billion), the head of the TIM Ismail Gülle said Wednesday.

The protocol for the loan package was signed in a ceremony held with the participation of Gülle and Iş Bank General Manager Adnan Bali.

Within the scope of the package, a maximum of 150,000 in dollars and euros or TL 1 million credit will be allocated for each company, in order to expand the package’s capacity to reach more exporters.

Export Exchange Credit is set to be offered to all TIM member exporters with an interest rate of 2.4% annually in dollar loans and 1.15% annually in euro loans.

Turkey's exports rose 34.3% year-on-year to reach $9.1 billion in the first 23 days of June, Gülle also said in the meeting.

Emphasizing that collaborating with Iş Bank is important in providing confidence to exporters, Gülle said: “It is our greatest hope that similar collaborations will continue increasingly. Especially in the last two years, we have seen both volumetric and proportional increases in the loans of the banking sector for exporters and the interest and relevance of the sector in exports pleases us.”

Also speaking on the details of the package, Bali said that exports which have a critical role in the growth of the country's economy are also of great importance in the way out of this difficult pandemic period.

“We are implementing many initiatives in order to reduce the effects of the pandemic on employment, production, trade and payment systems and ensure the continuity of economic activity. In addition to our ongoing support packages for the economy, we offer the maturity and payment options for every need for export financing with the protocol we signed with TIM today,” he said, highlighting that as part of the protocol, the bank kept its interest rates at the lowest possible level to support the country’s exporters.

“We think that the low-interest rates we apply in export foreign currency loans are critical not only for our exporters but also for all segments of the economy,” the bank’s general manager added.