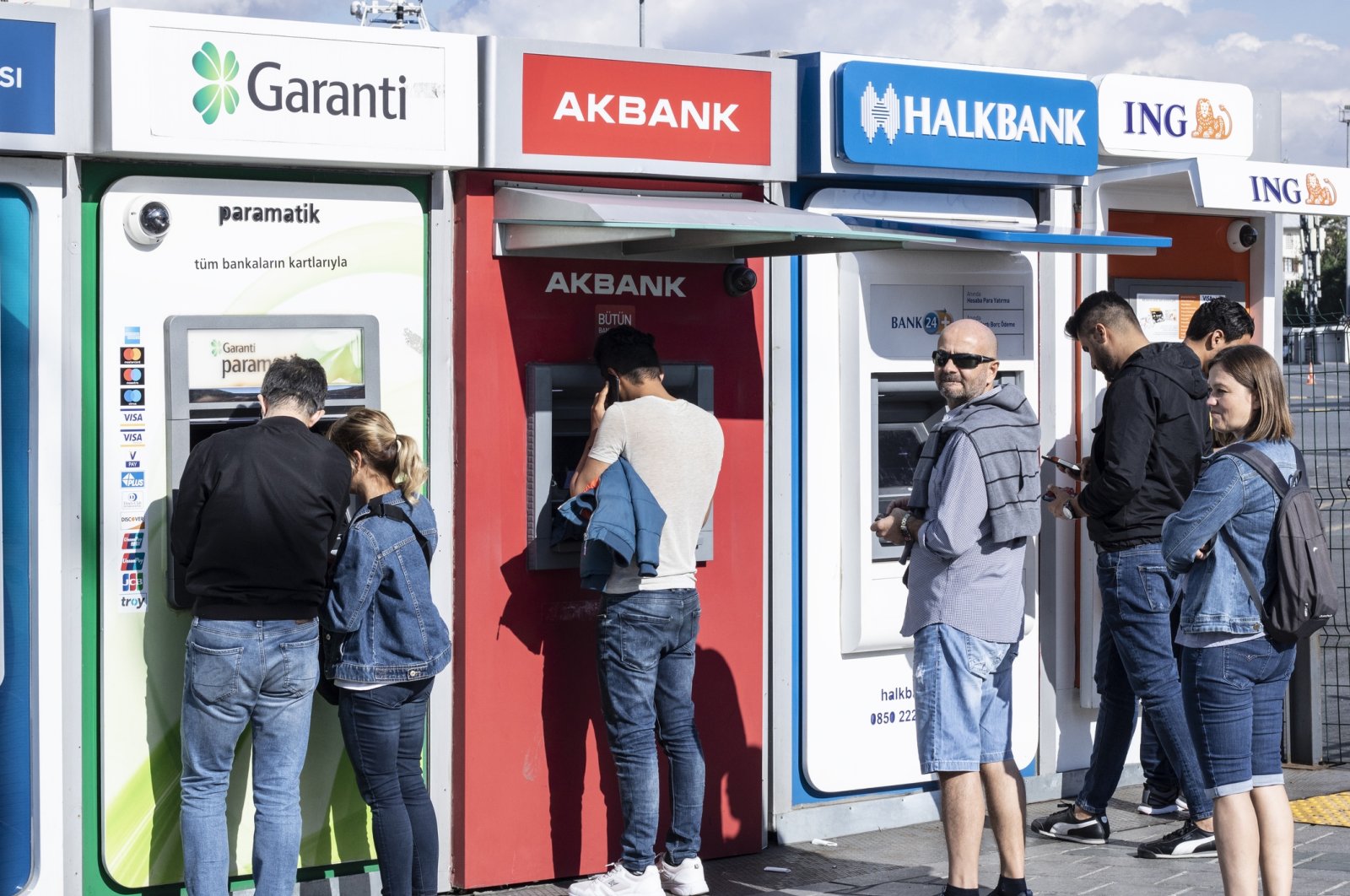 The Turkish banking sector has managed to record its highest ever net profits for January through August, according to the country’s banking watchdog.

The sector's net profits stood at TL 42.9 billion ($5.52 billion) in the first eight months of the year, up 30.8% when compared with last year, the Banking Regulation and Supervision Agency (BDDK) said Tuesday.

The sector’s net profits stood at TL 32.8 billion in the same period of 2019, according to the data.

The BDDK said that the non-performing loans ratio in the banking sector stood at 4.14% as of the end of August, down from 4.25% a month earlier.

The loans in the sector totaled TL 3.48 trillion by August's end, increasing 37% year-on-year, data from the BDDK showed.

The net profits of the lenders followed a fluctuating course this year with the impact of the coronavirus pandemic.

The fact that interest rates on housing and commercial loans dropped to seven-year and six-year lows, respectively, further boosted the industry’s profits. The trend led to the industry’s highest-ever monthly net profits of TL 8.3 billion in July.

The net profits in August fell to TL 4 billion, down by 13.8% year-on-year, the data showed.

The banks’ interest revenues from loans in January through August of this year came in at TL 198.7 billion, of which TL 45.8 billion came from consumer loans, TL 6.6 billion from credit cards, TL 23.5 billion from installment commercial loans and TL 122.8 billion from other loans.

The data also showed that the interest expenses of the banks dropped by 35.8% in the first eight months to TL 119.9 billion.

The interest paid by banks on deposits also fell by 44.3% to TL 70.7 billion, according to the BDDK.

According to BDDK, the lenders’ non-interest revenues stood at TL 67 billion at the end of August. On the other hand, the total non-interest expenditures in the January-to-August period increased by 46.5% to TL 124.1 billion.