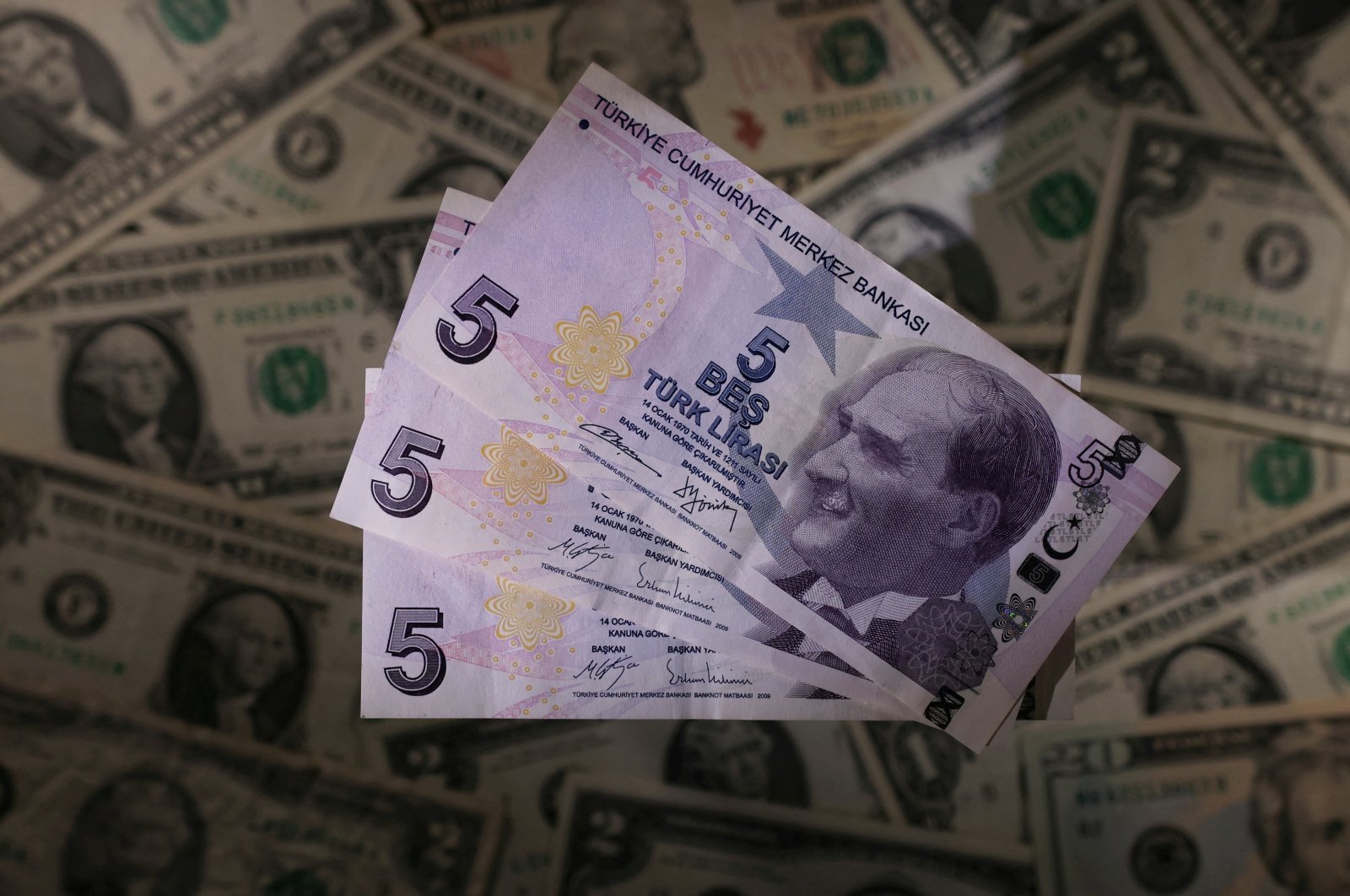 Turkish lira banknotes are seen placed on U.S. dollar banknotes in this illustration created on Nov. 28, 2021. (Reuters Photo)
by Daily Sabah with Agencies Dec 21, 2021 9:10 am
RECOMMENDED

The Turkish lira made an overnight come back on Monday as President Recep Tayyip Erdoğan revealed a new financial mechanism to shore up the currency.

The fresh measures come in the wake of rising prices and exchange rates as the government pursues its "new economic model," which emphasizes opposition to high interest.

Erdoğan said the new instrument would allow potential investors in foreign currencies to get the same results while sticking to the lira.

The U.S. dollar and euro both tumbled more than 33% late Monday after Erdoğan unveiled the plan that he said would guarantee local currency deposits against market fluctuations.

"Absolutely insane day in Turkish FX today. Is there time for it to get to Robin Brooks' 9.50 fair value yet? Don't think I have ever seen such intraday FX volatility ever in my 30-plus year career," Ash said.

Analysts explained that following Erdoğan's speech, banks unloaded large amounts of foreign exchange reserves, which brought about a sharp decline in exchange rates, adding that the new financial products and incentives – the details of which are expected to be announced today – will support the balance of the exchange rate.

The government has argued that the surge in exchange rates ignored Turkey's strong economic fundamentals and blamed high prices on hoarders and global factors. The benefits of Turkey's new approach will become clear in the next three to six months, according to Erdoğan.

"Investors will be encouraged to move toward Turkish lira-based assets by the issuance of government bills that are indexed to public economic enterprise revenues that are transferred to the budget," he explained.

The Turkish economy with its many dynamics has often dealt surprises, with the latest remarkable developments unfolding since Monday.

In a speech late Monday, Erdoğan said: "Turkey will no longer be a country dependent on imports."

Speaking at a press conference after a Cabinet meeting at the Presidential Complex in Ankara, the president underlined that Turkey is adamant on its new economic model that prioritizes lower interest rates, high employment numbers and more investments.

Erdoğan emphasized that Turkey is committed to the free market economy; however, he did not elaborate on how the government would fund the potentially expensive and inflationary initiative.

Recently, Erdoğan stated that he lowered Turkey's inflation to 4% before and pledged to do it again, as the country grappled with 21% inflation and soaring prices amid the lira's fall against the dollar.

While developments regarding the pandemic continue to be the determining factor in stock markets, the World Economic Forum (WEF) recently announced that it postponed its annual Davos conference, scheduled for Jan. 17-21 next year, until the summer of 2022 due to the rapid spread of the omicron variant. The Netherlands also went into closure on Dec. 19 as part of pandemic measures and will remain so until mid-January next year.