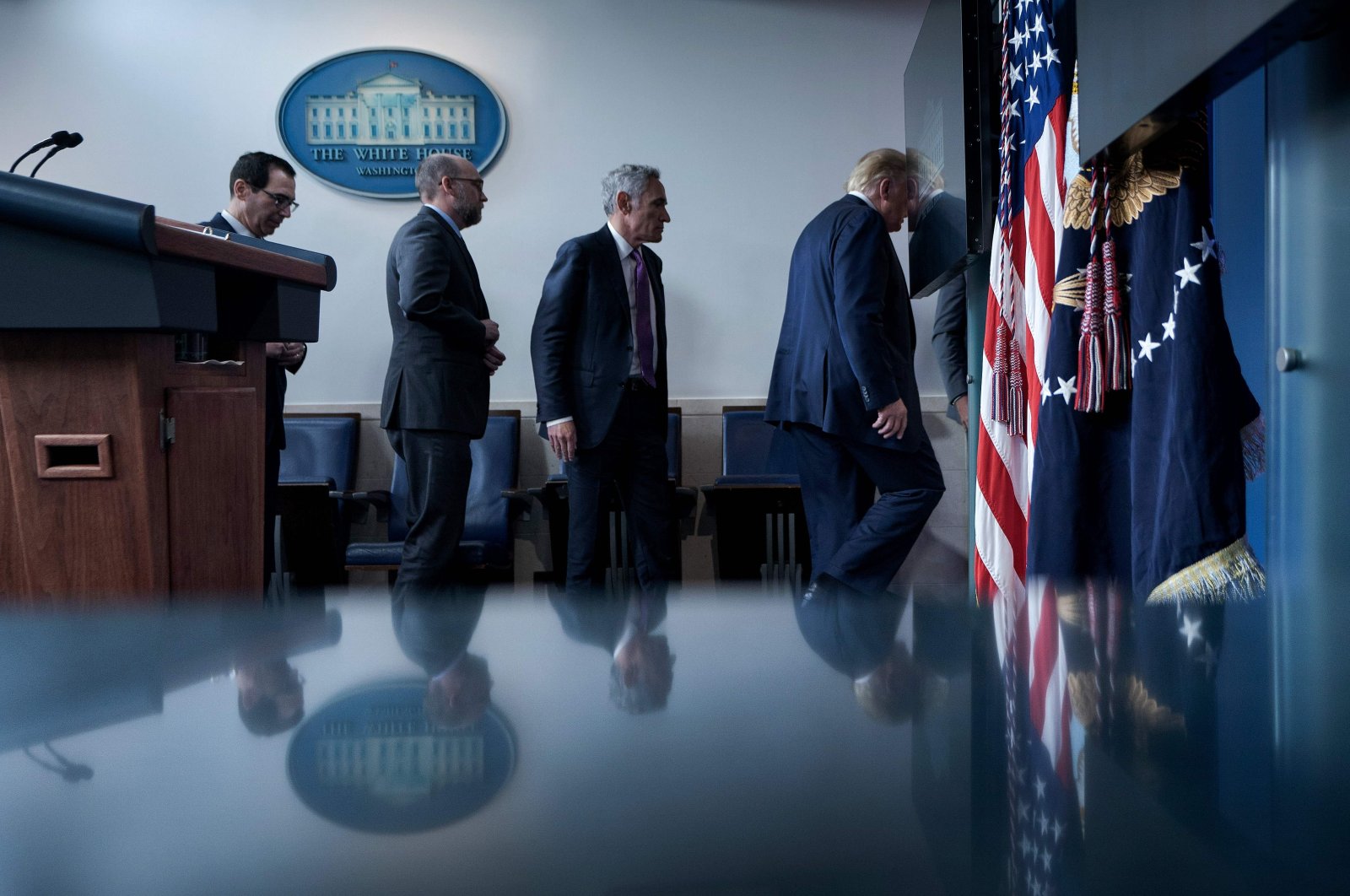 U.S. Secretary of the Treasury Steven Mnuchin, Director of the Office of Management and Budget Russell Vought, member of the coronavirus task force Scott Atlas, and U.S. President Donald Trump leave after a briefing at the White House, Aug. 10, 2020, in Washington, D.C. (AFP Photo)
by ASSOCIATED PRESS Aug 12, 2020 9:12 pm
Edited By Sinan Öztürk

The U.S. budget deficit climbed to $2.81 trillion in the first 10 months of the budget year, exceeding any on record, the Treasury Department said Wednesday.

The nation's budgetary shortfall is expected to eventually reach levels for the fiscal year more than double the largest annual deficit on record.

The federal government rang up a $63 billion deficit in July, the department reported. That's a relatively modest amount compared to red ink that spilled in the spring months when the government tried to revive an economy that all but ground to a halt due to the coronavirus outbreak.

Last month's deficit was sharply lower than June's $864 billion, in part because the government collected a record amount of tax revenue in July – $563 billion – after extending the filing deadline to July 15. That extension allowed Americans more time to sort through the economic havoc wrought by the pandemic.

Outlays so far this budget year totals $5.63 trillion, a 50% increase over the $3.73 trillion at this point in 2019, with the vast majority of the extra spending related to fortifying the country's economy in the wake of the coronavirus pandemic.