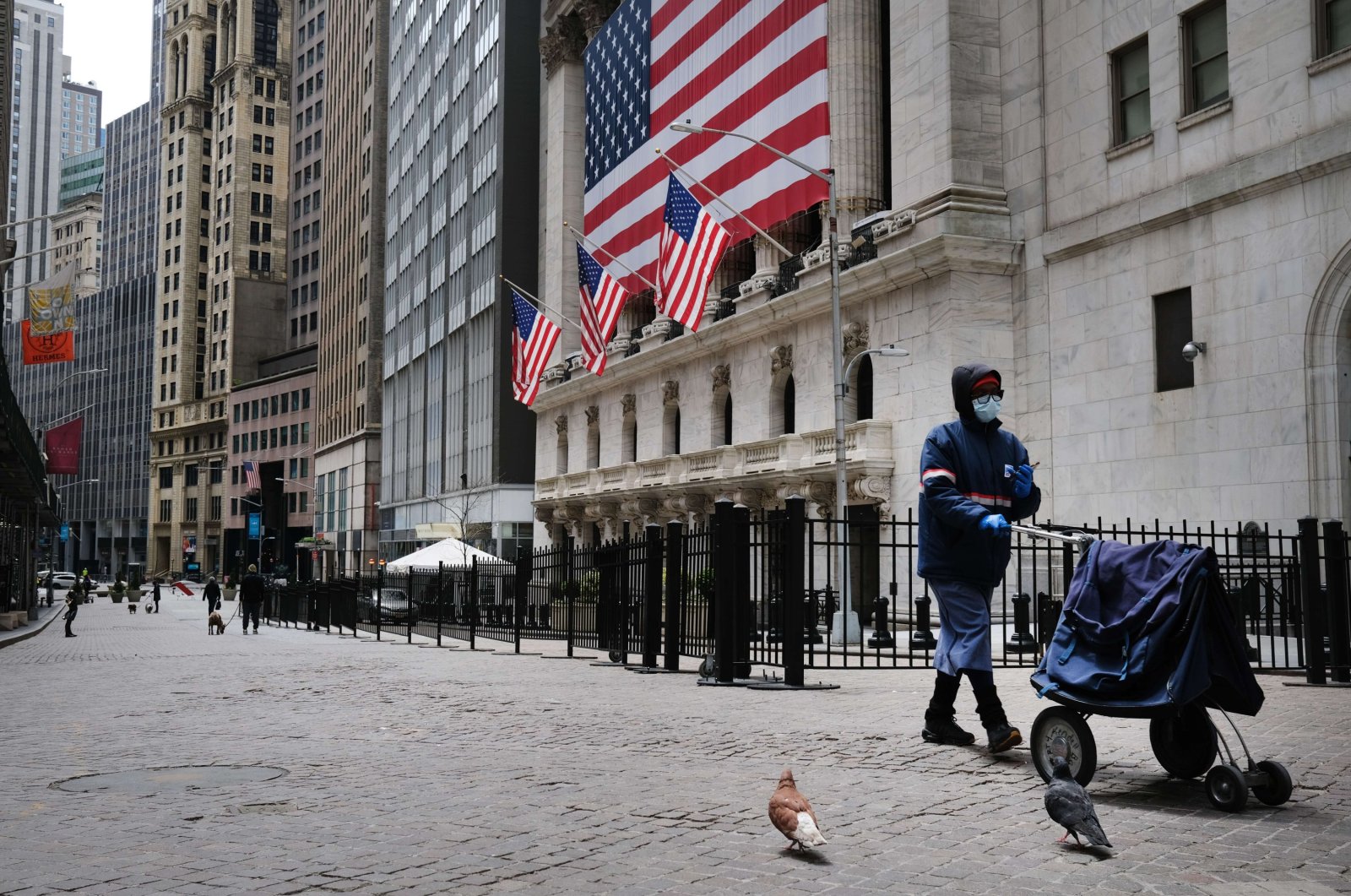 Wall Street stocks finished almost flat Thursday as oil prices bounced again, while the U.S. reported another bruising round of jobless claims as a result of widespread coronavirus shutdowns.

The Dow Jones Industrial Average retreated from gains earlier in the trading session to end at 23,515.26, 0.2% than Wednesday.

Stocks were strongly positive in the late morning but pulled back following reports that a closely-watched coronavirus drug being developed by Gilead Sciences failed in its first randomized clinical trial.

Despite the mounting unemployment toll, investors were encouraged by the latest move in the oil market, with U.S. futures ending 20% higher amid heightened U.S.-Iran tensions.

Petroleum-linked companies rallied, including Exxon Mobil, up 3.1%, and Halliburton, up 8.4%.

Gilead fell 4.3% following reports that the use of antiviral drug remdesivir to treat coronavirus failed in a key clinical trial. Gilead said it is still awaiting data from multiple studies of the drug, which has shown promise in some analyses.

Expedia jumped 3.2% after it announced it had raised $3.2 billion from investment groups Silver Lake and Apollo, which each will have a seat on the board of the travel company. Expedia also named former Tribune Media head Peter Kern as its new CEO.

Target fell 2.8% after the retail chain cautioned that first-quarter profits would be dented by additional spending on wages, a shift in consumption to lower-profit items and the need to write down the value of apparel and other goods that have not sold well.

Shares of Ruth's Hospitality Group fell 1.8% and Potbelly lost 4.8% after the Treasury Department said larger companies that received funds under an emergency lending program meant for small businesses must return the loans by May 7.

The two companies were among the larger chains that had received money under the Small Business Administration's Paycheck Protection Program.