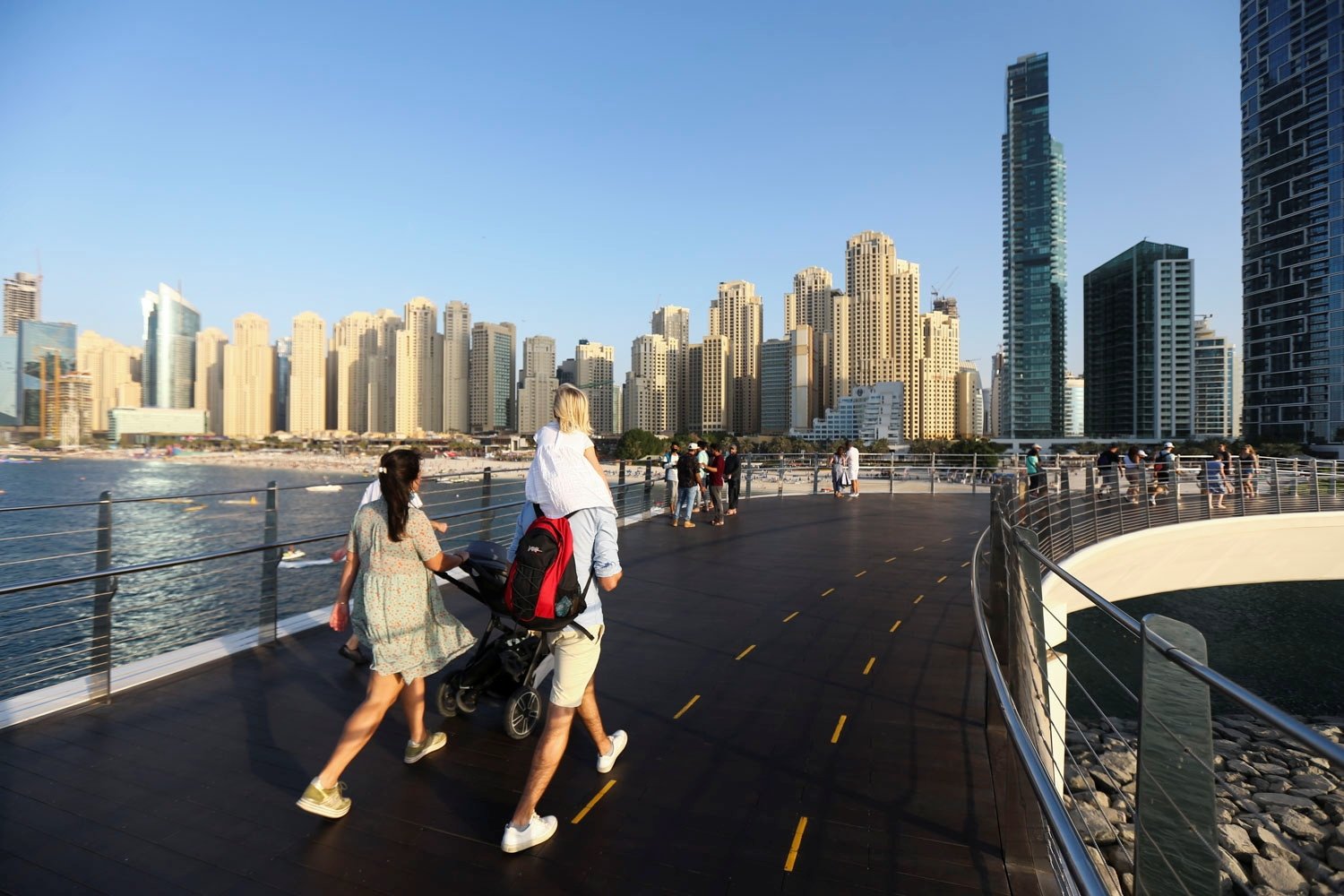 Being raised in the Middle East with a lack of savings and investment culture, many young Arabs are turning to online banking services to help track their spending and budget.

When Mayar Akrameh was growing up in Lebanon, financial advice was simple: Work long, work hard and aim for a high-paying job.

Now the 29-year-old management consultant is one of a growing number of young Arabs who are turning to financial technology, or “fintech,” to help them save and invest, often a neglected practice in the Middle East.

"We're taught that if you're working and making enough money, even if you hate your job, you're good," she told the Agence France-Presse (AFP). "Or they think we're good."

Akrameh moved to the United Arab Emirates (UAE) in 2019 at the start of Lebanon's financial crisis, which would later see the local currency plunge to all-time lows, with many people denied free access to their savings by stringent banking controls.

The region's economic instability, exacerbated by the coronavirus pandemic, has spurred many to turn to online banking and financial tools.

Akrameh, who did not know how to invest and save money when she started generating income, now uses an app to track her spending.

"It's not just about retiring; it's about living better, having dreams, having time to breathe and reflect," she said.

S&P Global said in a 2019 report that indicators showed Gulf Arab countries appeared the most ready for fintech adoption, with the key driver being demand and a preference by clients for digital banking.

The fintech sector across the Middle East is already growing, according to the Milken Institute think tank.

In addition to having some of the world's youngest populations and highest unemployment rates, many countries in the Middle East and North Africa rank among the lowest for long-term savers and investors.

Only 7% of adults in the region save for retirement, according to the World Bank's 2016 "Saving for Old Age" report – the lowest across global economies.

"We think our income is what's going to make us rich instead of our capital," he told AFP.

But Saudi officials have warned the system is unsustainable, according to Bloomberg, as Riyadh tries to diversify its economy away from oil.

Also, such pensions exclude foreigners, many of whom provide cheap labor and make up a large proportion of the population in many Gulf states.

Chahwan said he has noticed a shift in financial behavior in the past year, in large part due to the pandemic, which devastated many industries and saw many people lose their jobs.

Chahwan said the average user was new to the idea of long-term investment, with many Arabs still hesitant about having to wait for benefits later rather than make quick profits.

"We don't have education that revolves around long-term investing," he said, adding that the obstacle remains convincing eager investors of the benefits of delayed gratification.

Another issue is the region's investment landscape, which is mostly limited to so-called high-net-worth individuals, usually defined as people with at least $1 million in liquid assets.

"If someone wanted to invest $1,000 or $10,000, there was not much available," said Haitham Juma, an investment solutions manager at the UAE-based National Bank of Fujairah.

"We are still at the early stages of it," said Juma, as local banks and firms seek to create online platforms that educate users and simplify investing.

Making the process easier – or even fun – is key to attracting new investors, as outlined by Lune, a UAE-based finance platform that launched in July.

"It doesn't matter their age, their income or their experience," Alexandre Soued, the app's co-founder, told AFP.

He added that the platform's focus is on the initial steps of managing, saving and then investing, and encouraging them to use simple online tools.

Lune allows its nearly 1,000 users to instantly visualize their spending, swipe to optimize savings, and soon, Soued said, they will be able to compare their savings to others their age.

"People are starting to want to be more independent from younger ages," he told AFP. "And your financial situation is attached to that."