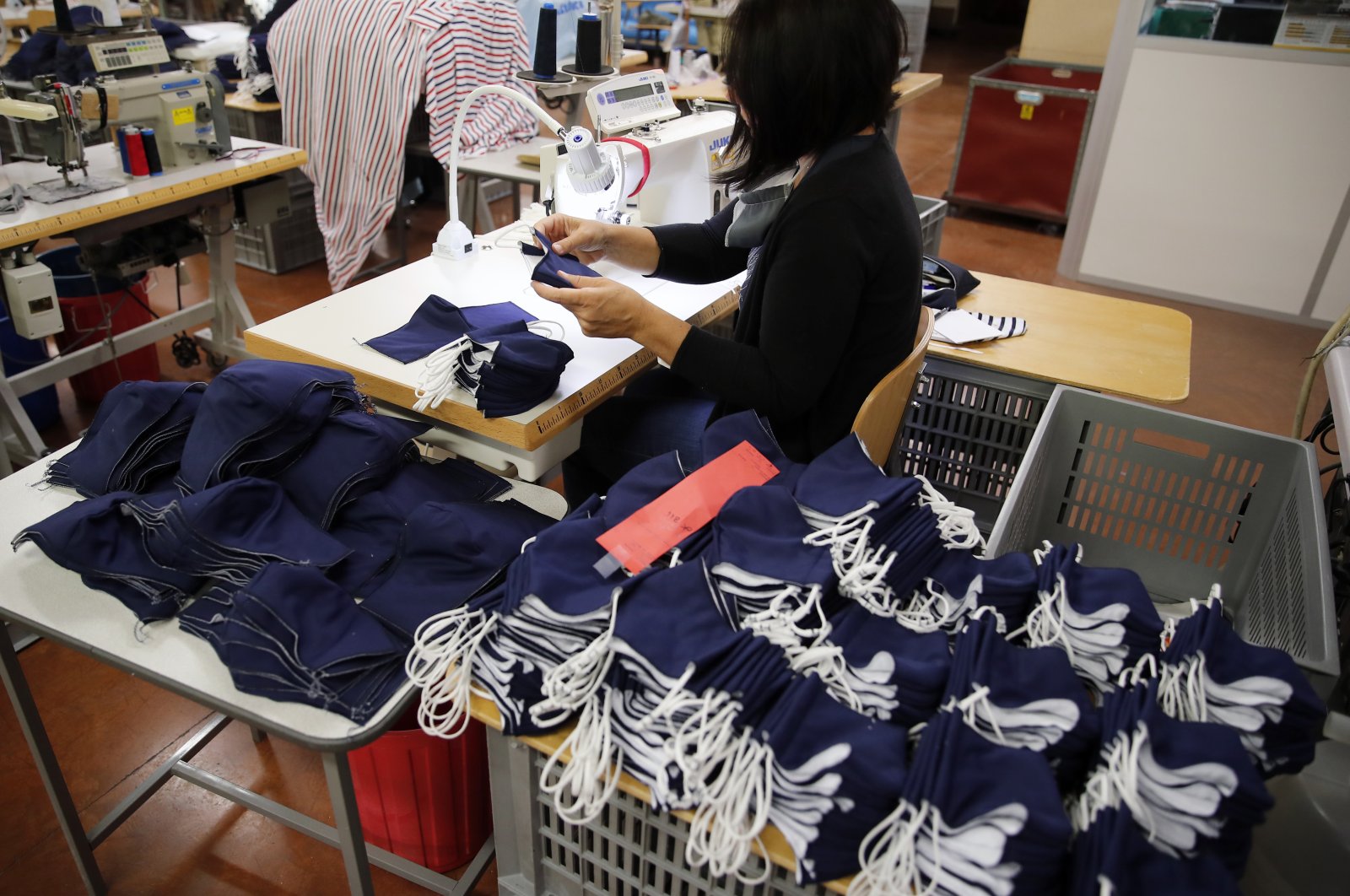 The French praised the altruism of their prized textile and luxury goods companies when production facilities got diverted from churning out the latest fashions to making cloth masks designed to protect the general public from the coronavirus.

Now, the companies that helped France avoid a feared shortage of virus-filtering face wear for everyday use say they need help to unload a surplus of 20 million masks. They asked the French government for assistance promoting and finding buyers for the unsold output of the industry's national effort.

Hundreds of textile and clothing manufacturers answered the government's call for millions of masks superior to homemade versions. President Emmanuel Macron last month sported a military-tested model embroidered with the tri-color national flag to advertise the “Made in France” masks.

Yet within weeks, demand dried up for the domestically produced masks that sold for a few euros at supermarkets and pharmacies or were available in bulk for free distribution by businesses and local governments. Manufacturers and the government acknowledged that many suppliers and consumers still opted for cheaper disposable face masks from Asia.

Gibault sees the slump as a marketing and distribution problem. The washable, specially engineered masks produced by his company and others saw “a very strong and immediate demand” before the excess accessories piled up in warehouses and factories.

“Not everyone necessarily knew about what was available around them, and the public didn’t necessarily know where or what to buy,” he said.

Some textile companies complained that the French government was slow to validate their masks as effective in filtering out small particles, which slowed their ability to get to market before people were allowed to start emerging from their homes and needed masks in stores or on public transportation.

A group of industry representatives got time with two junior government ministers this week to discuss the surplus masks, as well as broader concerns about the health of fashion, textiles and luxury goods makers amid the economic fallout of the pandemic and in the long term.

After the meeting, the ministers offered praise and pledged the government's help to spread the word to distributors, local governments and other potential customers about the environmental and employment benefits of the French masks and finding buyers at home and abroad for the surplus stock.

“In a few weeks, the French textile industry has managed to mobilize and redirect its productive apparatus on our territory in order to provide the French durable textile masks with guaranteed filtration in sufficient quantities," Pannier-Runacher said. "This impressive effort is to be commended. It must now be long-term and be given support."

The French Textile Industry Union was the first to sound the alarm in early June on this problem of surplus.

“The demand was such that no one had anticipated such a brutal halt. But in the textile industry, once launched, production does not stop with a snap of the fingers,” Dubief told French magazine Challenges.

Some French companies were disgruntled because it was the French government that urged many of them to get into mask-making and to increase capacity so the country would produce 5 million masks a day that could be sold or given to the general public, local governments and corporations by mid-May.

The knitwear manufacturer behind the mask Macron flashed during a school visit at the beginning of May, Chanteclair, has a lot more where the president's came from. Owner Thomas Delise also has many unanswered questions.

The French government said this week that part of the joint industry-government mission will be “to support the sector in adjusting its production capacities to collective needs in masks over the next few months.” For his part, Delise thinks that blocking large imports with trade barriers might help what ails his company.

"We don’t know how the pandemic will evolve. We don’t know which instructions the government will give, we don’t know what kind of equipment the professionals will want. So today, yes, we have a surplus stock of 600,000 masks and it obviously has an impact on my company.”