Germany plunges into recession as economy shrinks 2.2% amid COVID-19 pandemic 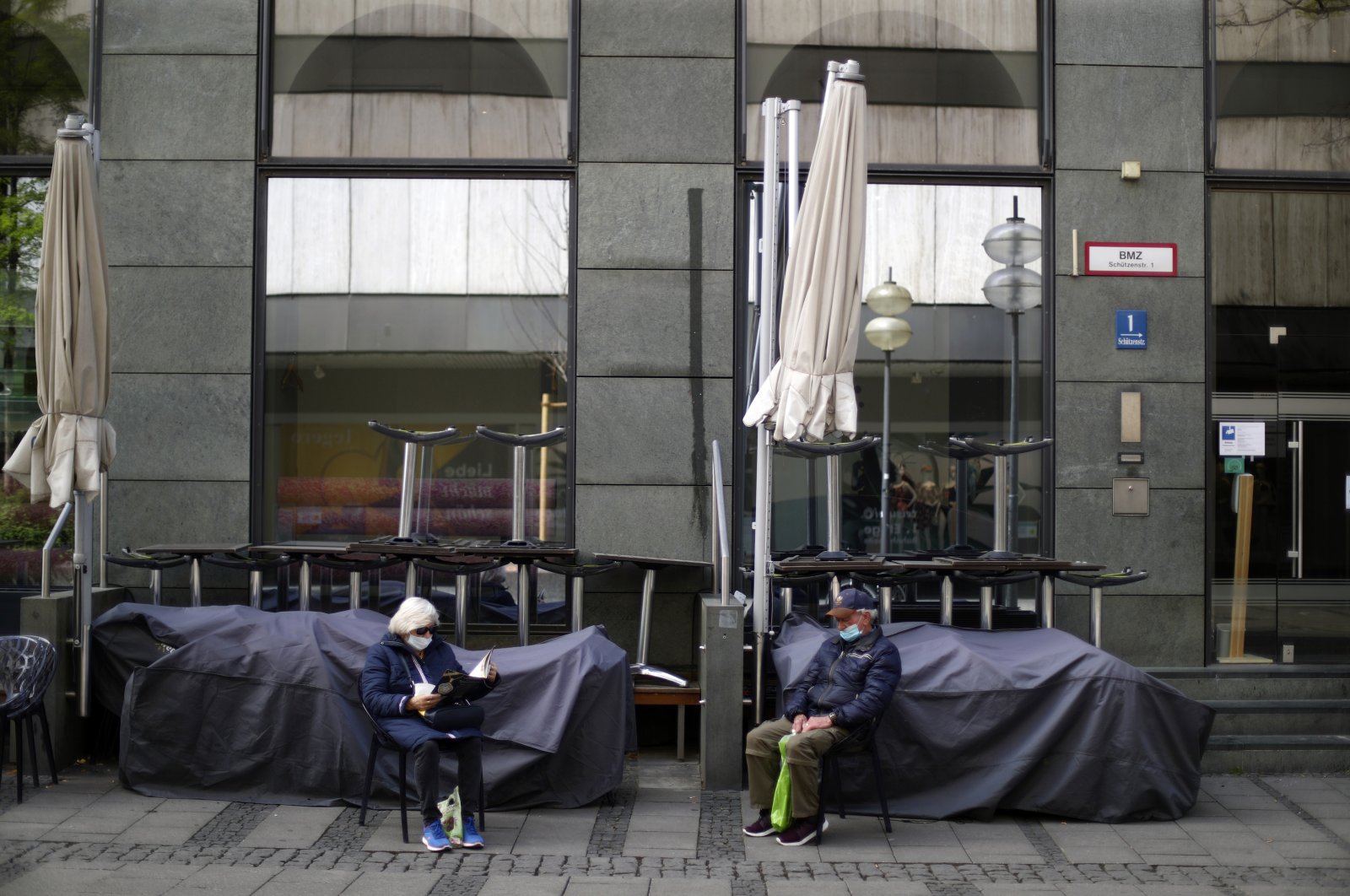 An elderly couple sits outside a closed bar during the lockdown due to the coronavirus outbreak downtown in Munich, Germany, May 9, 2020. (AP Photo)
by compiled from agencies May 15, 2020 11:37 am
RECOMMENDED

The German economy plunged into a recession after suffering its steepest quarterly contraction since the 2009 financial crisis as shops and factories were shut down in mid-March to fight the spread of the coronavirus, preliminary data showed on Friday.

The 2.2% first-quarter contraction was a foretaste of the worse to come. Economists expect a deeper slump in the second quarter as the lockdown extended well into April and early May and sectors like tourism and in-door gastronomy remain shut.

Still, Germany appears to be fairing better than neighboring France and Italy, whose economies contracted by 5.8% and 4.7% respectively in the first quarter.

This is partly due to a decision by Germany's 16 states to allow factories and construction sites to stay open and an unprecedented rescue package by Chancellor Angela Merkel's government, including state aid that allows employers to switch employees to shorter working hours to avoid mass layoffs.

Output data for the fourth quarter was revised to a contraction of 0.1% from a previously reported stagnation, which meant Germany was technically in a recession after two successive quarterly output slumps, the data showed.

"Things will get worse before they get better," Carsten Brzeski of ING said. "To be more precise, incoming data will be worse, even though the worst might already be behind us."

On the year, gross domestic product in Europe's largest economy fell by 2.3% from January to March after a 0.4% expansion in the previous three months, seasonally adjusted figures from the Federal Statistics Office showed.

Analysts polled by Reuters had expected national output to shrink by 2.2% quarter-on-quarter and a 2% contraction year-on-year in seasonally adjusted terms.

March was the month in which the coronavirus pandemic hit Europe, with first Italy and then other countries imposing sweeping restrictions on public life and businesses. Germany itself started shutting down in mid-March.

Recent data showed a 15.6% month-on-month decrease in factory orders in March, and a 9.2% drop in industrial production.

The country started loosening restrictions on April 20 and the process has gathered pace recently. Shops have now reopened, restaurants are gradually opening up and auto production has restarted.