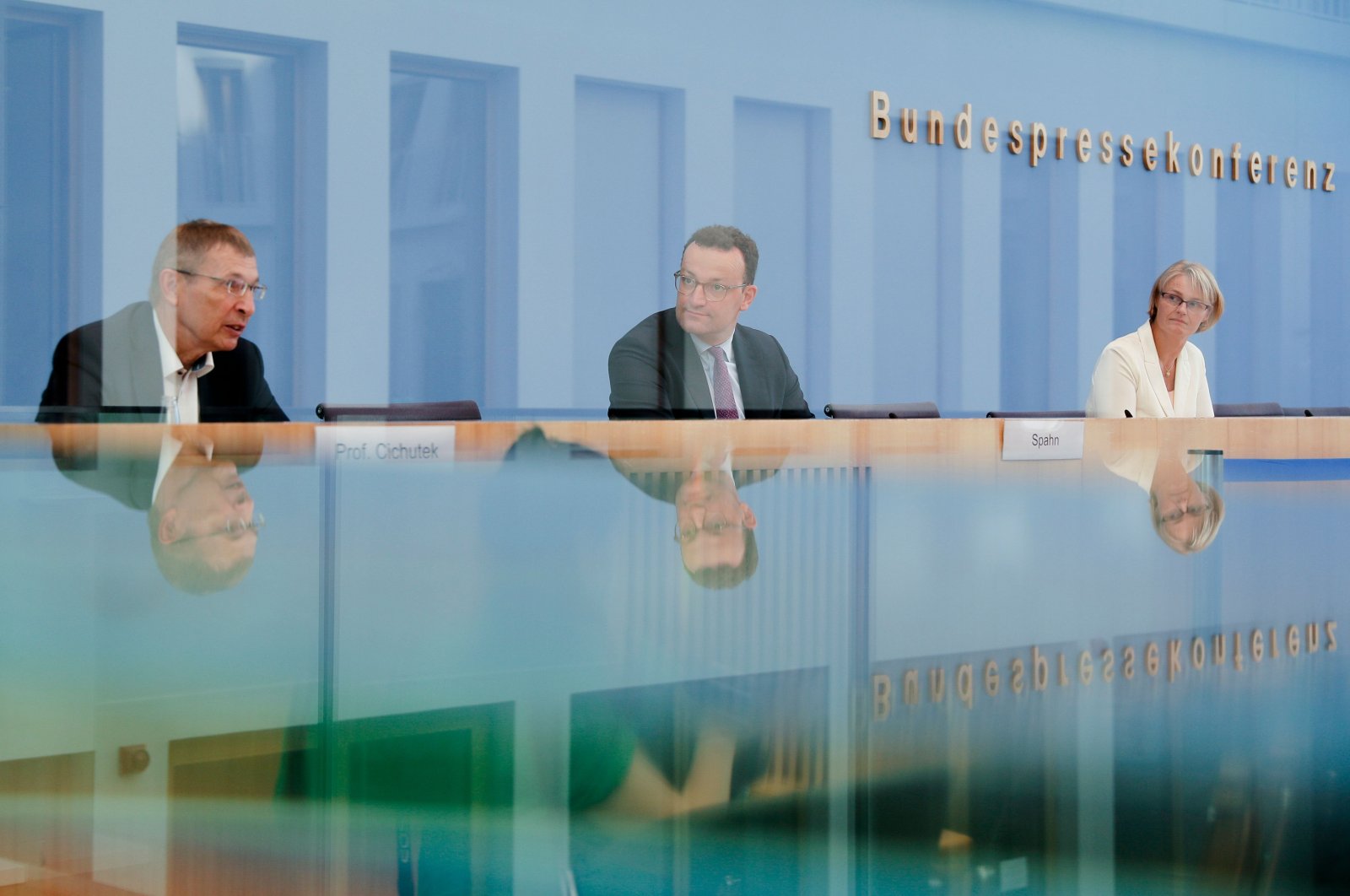 German Health Minister Jens Spahn (C) and Science and Education Minister Anja Karliczek (R) listen to Klaus Cichutek (L), president of the Paul-Ehrlich-Institute, a federal agency for vaccines and biomedicines, during a news conference about a German program to support the development of a COVID-19 vaccine in Berlin, Germany, Sept. 15, 2020. (AFP Photo)
by REUTERS
Sep 15, 2020 3:39 pm

Germany says it is providing up to 750 million euros ($892 million) to support three domestic pharmaceutical companies that are developing vaccines against the new coronavirus.

Science minister Anja Karliczek said Tuesday that the government has already agreed to provide BioNTech and CureVac with 375 million euros and 230 million euros, respectively, to develop their mRNA-based vaccines.

Talks with a third company, IDT Biologika, are expected to conclude soon, she said. The company is developing a vector-based vaccine that delivers a coronavirus protein into cells to stimulate the body’s immune response.

The agreement with the three companies, which is tied to specific milestones, would guarantee Germany 40 million doses of vaccines. The amount comes on top of other vaccine supply agreements concluded through the European Union, of which Germany is a member.

Karliczek said Germany would not cut corners when it comes to testing vaccines, meaning most of the population may have to wait until mid-2021 to be inoculated.

“Safety is an absolute priority,” she said.

Health Minister Jens Spahn echoed that stance, saying that only vaccines that have been tested on "thousands, ideally many thousands of volunteers in phase three” would be approved.

Spahn complained that reports from Russia and China about vaccines being developed in the two countries “aren't always such that one feels there's absolute transparency.”

“We need 55%-60% of the population to be vaccinated," he said. “I’m firmly convinced we will achieve this voluntarily.”

Spahn added that Germany also does not intend to hoard vaccines.

“I'm happy to give other countries in the world some of the vaccines we're been contractually assured," he said, "if we find in the end that we have more than we need.”