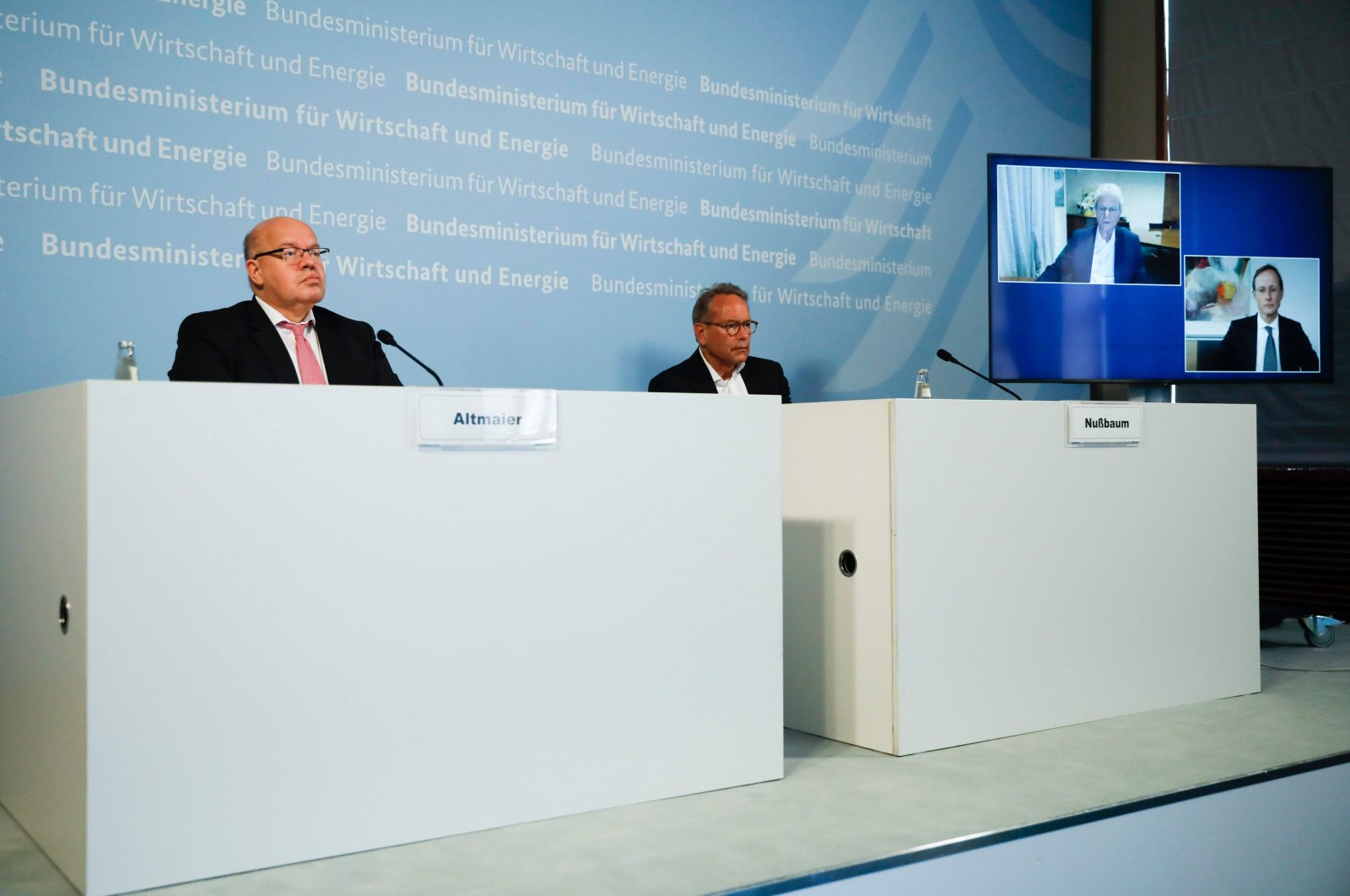 Germany will buy stakes in the unlisted biotech firm, CureVac, which is working on a COVID-19 vaccine, Economy Minister Peter Altmaier said Monday, months after reports the U.S. was eyeing the firm and its ongoing vaccine project.

"We're sending a clear signal for CureVac here that Germany is a place to do business," Altmaier told reporters in the capital.

Altmaier said the German government would acquire a 23% stake in the company for 300 million euros ($337.4 million).

The move followed reported attempts by the U.S. government to acquire CureVac or its assets in March, which stirred a backlash in Berlin, with Altmaier and the interior minister voicing support for keeping CureVac German.

Both the company and U.S. officials dismissed the reports as unfounded. The situation caused outrage in Berlin, and prompted Altmaier to declare that "Germany is not for sale."

Altmaier said the government wanted to strengthen the life sciences and biotech sectors in Germany and that Berlin would not have any influence over CureVac's business strategy.

"The German Federal government has decided to invest in this promising company because it expects that this will accelerate development program and provide the means for CureVac to harness the full potential of its technology," he said.

Reflecting the sensitivity about ownership of the country's two coronavirus vaccine developers – CureVac and BioNTech – Berlin in May gave itself new powers to veto hostile foreign takeover bids for health care companies.

Until now, billionaire Dietmar Hopp – a co-founder of European software giant SAP – had been the major investor, with more than 80% of the shares.

CureVac's technology, based on molecules known as "messenger RNA" (mRNA) that are found within the body, offers "great for the potential for vaccines for COVID-19 but also many other infectious diseases, as well as therapy options for many other indications," Hopp told reporters via video link.

Vaccines based on mRNA "have the potential to protect people with a very low dose" and do not need to be refrigerated, acting chief executive Franz-Werner Haas said, simplifying the logistics of inoculating large numbers of people.

Germany's investment comes days after Berlin, Paris, Rome and The Hague said they had signed an agreement to procure up to 400 million doses of a potential coronavirus vaccine from pharmaceutical group AstraZeneca.

The agreement calls for all European Union member states to receive supplies of the vaccine as soon as it is discovered.

AstraZeneca is working with Oxford University on a highly-publicized vaccine candidate, with trials on 10,000 participants getting underway.