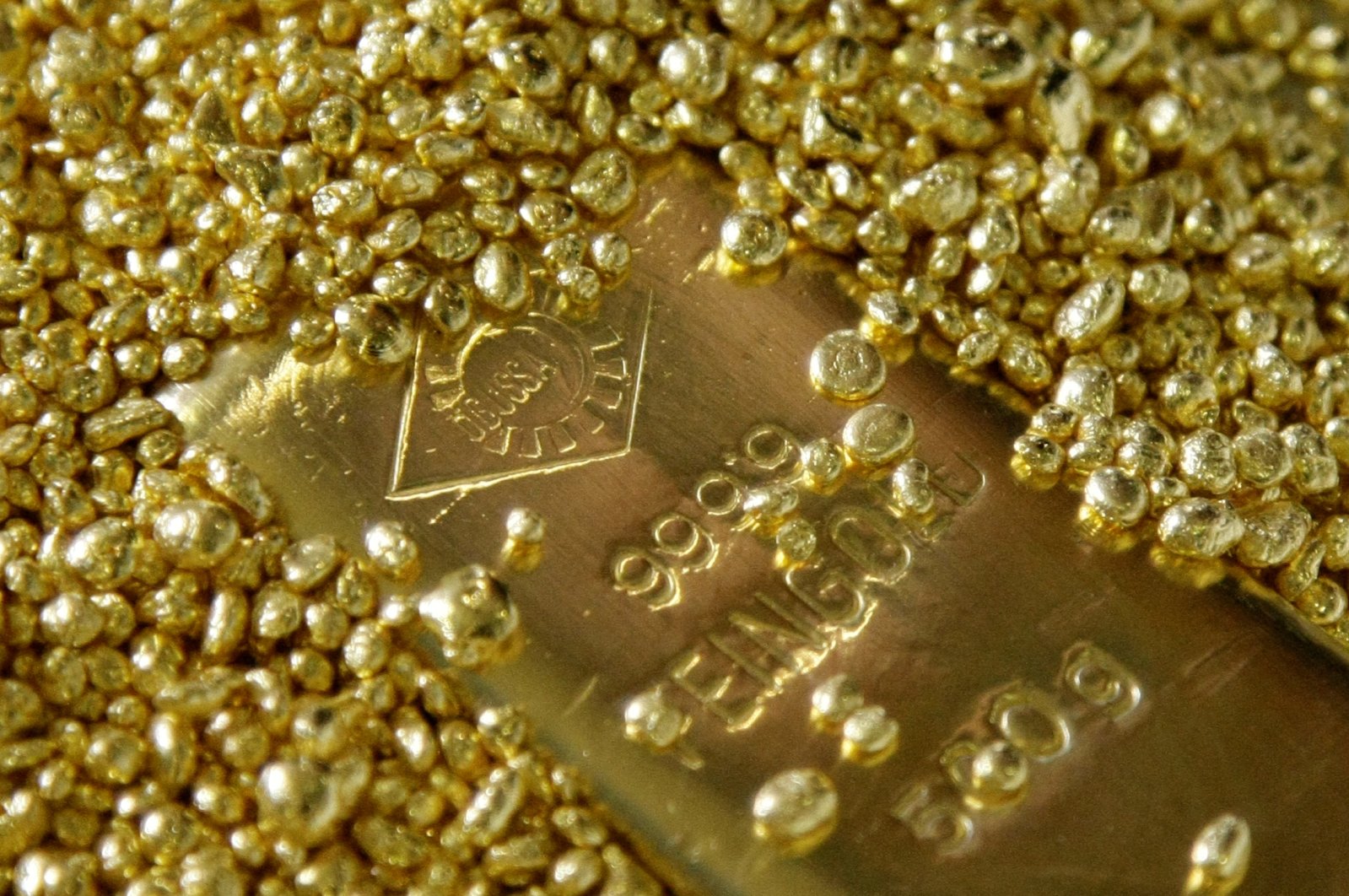 Gold bars and granules are displayed in the Austrian Gold and Silver Separating Plant Oegussa in Vienna, June 2, 2009. (Reuters Photo)
by REUTERS Jun 24, 2020 11:54 am
RECOMMENDED

Gold prices surged to their highest in nearly eight years on Wednesday, while global shares cooled as signs of an acceleration in coronavirus cases kept investors on edge.

Fueling concerns about sustained weakness in the pace of the economic recovery was data showing several U.S. states seeing record infections and the death toll in Latin America passing 100,000, according to a Reuters tally.

The European Union is even prepared to bar U.S. travelers because of the surge of cases in the country, putting it in the same category as Brazil and Russia, The New York Times reported.

All that and softness in the dollar, along with endless cheap liquidity from central banks, helped spot gold gain 0.2% to $1,770.92 per ounce after touching $1,773, its highest level since October 2012 in early Asian trade.

Global stocks were 0.3% lower and have been moving sideways in recent weeks after rising more than 40% from March lows on hopes the worst of the pandemic was over.

There was some good news in markets, with emerging market stocks climbing to a 3 1/2-month high. They were up 0.5% on the day, while MSCI's broadest index of Asia-Pacific shares outside Japan added 0.5% to reach its highest since pandemic lockdowns first cratered markets in early March.

"Global equity market futures are struggling to make gains today, likely for no other reason than with rising daily COVID-19 cases in the U.S. remaining front-page news, the headlines are proving to be a weighty burden to bear this morning," said Stephen Innes, chief global market strategist at AxiCorp. "The trough in global growth is indeed behind us, but the recovery trajectory in H2 remains uncertain."

Against a backdrop of concerns over a weaker U.S. dollar and that a jump in infections will lead to more stimulus measures, gold should remain on a reasonably constructive path, he said.

The euro, headed for its best month against the dollar since October, inched higher to $1.13.

The dollar was just a touch negative against a basket of currencies, just above a one-week low hit Tuesday.

"The dollar and risk sentiment are likely to remain broadly negatively correlated, barring the U.S. displaying clear and enduring leadership in the global economic recovery, something hard to square with the grim U.S. news on COVID," said Ray Attrill, head of FX strategy at NAB.

The New Zealand dollar eased after the country's central bank said it might have to do yet more to stimulate the economy, including cutting rates further, expanding bond purchases or even buying foreign assets.

Eurozone bond yields were broadly steady, with a focus on Austria which is expected to sell a new 100-year bond that will raise 2 billion euros ($2.26 billion), one of the longest-dated bond sales since the coronavirus crisis.

Germany will also visit the primary market with the first reopening of a 15-year bond which is expected to raise 2.5 billion euros.

Oil futures were mixed as worries about oversupply in the market, stoked by a rise in U.S. crude inventories, were offset by a drop in gasoline stocks.